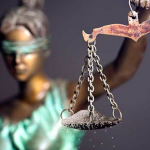 2018 Movement towards accountability for starvation

In a briefing paper, “Movement towards accountability for Starvation,” published today by the World Peace Foundation and Global Rights Compliance, we review two key advances that occurred in 2018, and indicate areas where more work is required. Below is from the executive summary:

Can starvation be prosecuted? While international criminal law (‘ICL’) has become increasingly sophisticated and robust over the past decades, it has largely failed to address crimes related to starvation. This is partially due to lacunae in the relevant law, but it is also due to prosecutorial and political will, or rather the lack thereof, to apply the exist- ing law. Following the 2017 UN warning of three threatened famines in, Yemen, Somalia and northern Nigeria and a declaration of famine in South Sudan, in addition to a number of reports drawing attention to deteriorating humanitarian conditions in a range of conflict-affected countries, global policymakers began to test the water for how they could strengthen international response.

This briefing paper is in series produced by Global Rights Compliance and the World Peace Foundation as part of a joint project, “Accountability for Starvation: Testing the Limits of the Law.” The project aims to identify how international law may be used to advance the prevention, prohibition and accountability for mass starvation.  Additional information and resources are available at the project website: Starvationaccountability.org