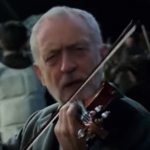 Last weekend, the first few days after the United Kingdom’s long-heralded, anti-climactic Brexit Day, the online petition to Parliament to revoke Article 50 and stay in the EU hit 6 million signatures. The various pro-Brexit petitions mustered a tenth of that number. The previous weekend, a million people rallied in London to demand the chance to stay in the EU, followed by a bad-tempered little rally insisting on leaving no matter what. Every opinion poll indicated that there was more support for staying in the EU than leaving it, reversing the results of the second referendum (June 2016), which had itself reversed the result of the first referendum (June 1975).

The Brexit options before Parliament as the March 29 deadline approached were compared to the choice between shooting oneself in the head or in the foot; the simple fact is that on every metric other than rabid nationalism there is no deal that is better than the status quo within the EU. All that has been needed, to make a case for not firing the bullet at all, has been an opposition leadership that both opposes the lunacy and leads the debate.

A working definition of a nebbish is someone who, on leaving the room, suddenly makes the company livelier. Jeremy Corbyn, leader of Britain’s opposition Labour Party, is the definitive Brexit nebbish: a man whose hapless timidity on the defining issue of the day has served as life support to the most incapable government in the country’s modern history. Prime Minister Theresa May—who won the EoTM award in May 2018 and is therefore ineligible for a repeat honour—surely could not have managed to inflict so much damage on Britain’s social fabric and international standing had she not been facilitated by someone who is laughably called ‘leader of the opposition’.

Corbyn has taken a principled stand on many issues, such as nuclear disarmament, restricting arms sales to murderous regimes, and fighting poverty and low wages. He has steadfastly opposed the government on all these issues, and has campaigned passionately for a better health service and against homelessness and poverty. He deserves acclaim for his commitments to these. But his solution seems to be municipal socialism for all.

Corbyn appears to have no grasp of the fundamentals of the European Union, such as the fact that it was, first and most importantly, a project for peace—for which it justifiably won the Nobel Prize just seven years ago.  The core European agenda is social integration, overcoming fear and ignorance, and making the whole of Europe greater than the sum of its parts. It is a project of multilateralism—of the kind of international cooperation in pursuit of common goods that is essential not only to end war but to save the planet. And also, not just by coincidence, the EU provided the wider framework that made peace in Northern Ireland possible.

Brexit was advocated by a bizarre coalition of far-right plutocrats plotting to escape the shackles of social responsibility in any form, and large numbers of working people embittered by the broken promise that honest work could lead to a life of dignity, security and relative comfort. The foundational deception of the ‘take back control’ slogan was compounded by the fraudulent conduct of the ‘Leave’ campaign, such that honest Brexiters must surely fear that their referendum victory in June 2016 will forever be tainted by the dishonest means of achieving it.

Only last week, the Leave campaign finally conceded that it had indeed broken campaign finance law, as the Electoral Commission had determined last year. In contrast to the Mueller inquiry, there has been no official investigation into Russian meddling in the referendum, which the government has never denied, merely claiming that the Russians weren’t clever enough to swing the result. The champions of Brexit casually dismissed the illegalities and the meddling, and are now positioning themselves for national leadership bids.

All this was known, in outline if not in detail, the morning after the referendum, when Leave campaigners began backtracking from some of their most egregious falsehoods, such as the purported economic windfall that could be used to fund the National Health Service. (The opposite was true.)

However, as soon as she became Prime Minister in July 2016, May decided that the slender and stained margin of the Referendum was a sacred mandate for her chosen interpretation of Brexit (appeasement of the far right) and that it could never be revisited. That logic hasn’t applied to her proposal for how to implement which she doggedly brought back time and again to Parliament, in the hope that MPs will change their minds and switch their votes.

Of the many sad things about this episode, perhaps the saddest is that May’s strategy of badgering MPs into submission is in fact a credible strategy, because no cogent alternative has been put forward by the so-called opposition. For that reason, Jeremy Corbyn is EoTM for April. He has achieved the astonishing feat of being even less credible than the most manifestly divided and incompetent government since Lord North lost the American colonies.

At a time when Britain needed leadership with vision, transcending petty politicking, the House of Commons seems to consist mostly of members bickering over their seats on the deck of the Titanic while the ship sinks. And Corbyn has lived down to his caricatured portrayal as a member of the Titanic’s band, playing his violin as the liner’s decks slant ever more steeply towards the icy waters of the ocean.

One telling example of this is Corbyn’s decision to walk out of a cross-party meeting on Brexit because Chuka Umunna, a Member of Parliament who recently resigned from the Labour Party to form an independent group, had been invited. Another is his choice to spend Saturday March 23 leafleting for local elections by the seaside instead of joining the million-strong march demanding that the electorate be allowed a say in their future.

Corbyn has dithered between advocating a general election (which he surely could contrive to lose), his own formula for Brexit (as yet untested in any negotiations), and (something he is conspicuously reluctant to do) calling for a new referendum in case of emergency, which is his party’s policy. For sure, Britain is facing an emergency, but still Corbyn still plays the same tune.

In his superb cultural analysis of Brexit, Fintan O’Toole digs up the roots of Britain’s curious demand for liberation from imaginary oppression, and its cult of heroic failure. Popular British history celebrates the doomed charge of the Light Brigade in the Crimean War of the 1850s, Scott’s doomed mission to the South Pole and the evacuation from Dunkirk in 1940. Such conceit of soldiering on against the odds is possible only for a country when it is actually winning—in Dunkirk, because of the huge resources of an Empire as well as fighter pilots from Norway, Poland and other European countries occupied by Germany. Such a conceit is fatal when injected into the post-imperial present, when Britain is belatedly discovering it’s a small country like many others.

O’Toole’s prime targets are the right wingers who got high on their own supply of such toxic nostalgia, but Corbyn is his own version of that anachronism, drowning in his own sub-cult of heroic failure. The socialist version commemorates the 19th century Tolpuddle Martyrs, the working men and women cut down at the Peterloo Massacre of 1819, and the doomed miners’ strike of 1984-85. When the miners were finally defeated in there year-long strike, they assembled their brass bands, put on their regalia, and marched back to work, putting their proudest faces on their surrender, while their families clapped. In similar manner, Corbyn is leading his dwindling band of loyalists into oblivion—and Britain with them.

One Response to April 2019 Employee of the Month: Jeremy Corbyn (Brexit’s nebbish)