From Corruption Watch UK: Statement on Court of Appeal Decision on British Arms Sales to Saudi Arabia 14 empty airframes and what they say about Swedish state – Saab relations 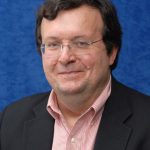 This essay covers the main topics that have been subjects of research conducted by the Arms and Security Project since the beginning of the Trump administration.  The main issues addressed by the project have been U.S. arms exports to Saudi Arabia and the United Arab Emirates (UAE); major trends in U.S. arms sales; and the employment impact of the weapons trade.  A list of project resources appears at the end of this memo.

Increasing U.S. arms sales – and bragging about their economic benefits in the United States – has been a central focus of the Trump administration’s foreign policy.  The administration’s arms sales policy directive, released in April 2018, gives lip service to strategic and human rights concerns, but its distinguishing feature compared to the official policy it replaces is its strong, explicit emphasis on increasing U.S. competitiveness, promoting jobs, and advocating on behalf of U.S. arms manufacturers.

For example, under the rubric of supporting “economic security” the directive pledges to “increase trade opportunities for United States companies, including by supporting United States industry with appropriate advocacy and trade promotion activities and by simplifying the United States regulatory environment.”  In practice, measures to “simplify the regulatory environment” have included downgrading the importance of human rights and strategic concerns in favor of economic considerations; attempting to speed up the review process for major arms sales; and making it easier to export firearms by removing significant categories of guns from the primary jurisdiction of the State Department and placing them under the purview of the Department of Commerce, where they will be subject to less scrutiny, both on substantive grounds and in terms of transparency.

The administration’s FY 2020 budget also proposes $8 billion in guaranteed loans in support of U.S. arms sales, although details of the plan have been closely held, and an earlier, more modest effort failed to make it through Congress.

A separate policy directive eased the criteria under which the United States would consider selling armed drones, although this change has yet to result in major new sales of these items.

The new arms sales policy also directs U.S. diplomats to advocate for U.S. weapons exports as a core aspect of their job description.  But the biggest advocate of all has been President Trump, who has repeatedly touted the superiority of U.S.-manufactured weapons and the jobs they create in the United States.  The most notable case in point is Trump’s claim that he has concluded a massive $110 billion arms deal with Saudi Arabia.  Upon closer inspection, the alleged $110 billion deal involves tens of billions of arms sales made during the Obama years and tens of billions more in speculative offers that may never come to fruition.  Deals actually concluded during Trump’s first year in office totaled $14 billion, or a little over ten per cent of his exaggerated claims.

While Saudi sales have been exaggerated, overall U.S. arms sales have reached substantial levels during the first two years of the Trump administration, averaging roughly $80 billion per year in proposed sales in 2017 and 2018, including offers under the Pentagon’s Foreign Military Sales (FMS) program and commercial exports licensed by the U.S. Department of State. It should be noted, however, that these levels appear to roughly match the average level of sales during the eight years of the Obama administration, based on offers under the FMS program, which is the only channel of weaponry for which full statistics are available over the relevant time frame.

Perhaps the biggest shift during the Trump years has been his administration’s lifting of suspensions on several deals that had been put on hold by the Obama administration due to including precision-guided bombs to Saudi Arabia, combat aircraft to Bahrain, and light aircraft to Nigeria.  This trend is likely to continue as the Trump foreign policy team continues to prioritize the economic benefits of arms sales while saying little or nothing about human rights.

President Trump has also made extravagant claims about the U.S. jobs generated by Saudi arms sales.  For example, in a White House meeting with Saudi Crown Prince Mohammed bin Salman Trump brandished a map of the United States that asserted that Saudi arms sales had created 40,000 jobs in a number of key states, including states like Michigan and Ohio that had provided Trump’s margin of victory in the 2016 presidential elections.  Trump later upped his estimate to 500,000 jobs from Saudi sales, and at one point even claimed that there were a million U.S. jobs tied to arms and other equipment being offered to the Saudi regime.  A closer look indicated that there might be at most 20,000 to 40,000 U.S jobs tied to Saudi arms sales, a fraction of the numbers claimed by Trump and an even smaller share – well under one-tenth of one percent — of total U.S employment of more than 150 million jobs.

Arms sales provide many fewer U.S. jobs than advertised for a variety of reasons.  First, military spending in general creates fewer jobs than virtually any other activity.  For example, spending on green energy, infrastructure, or education creates one and one-half to two times as many jobs as military spending.  And if export growth is the goal, the global market for alternative energy technologies far exceeds the value of the global arms trade, and will continue to grow in the years to come.

The second reason for the anemic level of job creation tied to U.S. arms sales is that many U.S. deals involve production overseas.  In 2018, the U.S. issues licenses worth $19 billion for the manufacture of U.S. weapons and weapons components overseas – a full 25% of all U.S. arms offers.  And major recipients like Saudi Arabia are seeking to have a growing share of their arms purchases tied to domestic production in their own countries.  The largest export of jobs tied to U.S. arms sales are the final assembly plants for the F-35 located in Italy and Japan.

U.S. Arms Sales to Saudi Arabia and the War in Yemen

The United States and the United Kingdom are the principal arms suppliers to Saudi Arabia, and many of those weapons have been used in the brutal Saudi/UAE-led war in Yemen.  The bulk of U.S. arms deals with Riyadh occurred during the Obama years, when that administration notified Congress of a record $117 billion in arms offers to Saudi Arabia, driven in significant part by $60 billion in offers of combat aircraft, attack helicopters, armored vehicles, bombs and guns that occurred in October 2010. Many of these systems are now being used in the Yemen war.

Late in the second Obama term, his administration began to distance itself from the Saudi-led war when it suspended a sale of precision-guided munitions to the kingdom due to concerns over the regime’s bombing of civilian targets.  The suspension was driven by a combination of public pressure from a network of peace, human rights, and humanitarian aid groups and internal dissension within the Obama administration over the impact of U.S. sales.  It should be noted that Obama’s action did not extend to stopping billions of dollars in other U.S. arms sales, or ending U.S. refueling and targeting support for the Saudi/UAE coalition.

As noted above, the Trump administration lifted the suspension of precision-guided bombs to Saudi Arabia early in its first term in office.  But another deal – actually two parallel deals that would have supplied tens of thousands of precision-guided bombs to Saudi Arabia and the UAE respectively, was put on hold by Sen. Robert Menendez (D-NJ), the ranking Democrat of the Senate Foreign Relations Committee.  The deals were sidelined as a result of Congressional outrage over the murder of U.S.-resident journalist and Washington Post contributor Jamal Khashoggi.  But in late May of 2019 the Trump administration announced an “emergency” sale of weapons to Saudi Arabia and the UAE, including tens of thousands of guided bombs.  There has been push back in the House and Senate, but the outcome is uncertain as of this writing.

In general, Congress has been more active on the issue of arms sales and military support to Saudi Arabia than ever before, including the passage of resolutions in both houses of Congress that would have ended U.S. logistical support for the Saudi-led war in Yemen (since vetoed by President Trump).  There has also been action aimed at reversing the administration’s deregulation of semi-automatic firearms and sniper rifles.

The vast bulk of Saudi Arabia’s arsenal comes from the United States and the United Kingdom, undercutting the argument that the regime could easily turn to Russia or China as major suppliers if U.S. and/or U.K. weapons were cut off.  As Bruce Reidel of the Brookings Institution has noted, the Saudi military could not prosecute a full-scale war in Yemen without U.S. arms, spare parts, and maintenance of its arsenal.