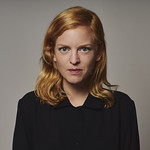 In April 2019, it was revealed that the Swedish Defence Materiel Administration (FMV – the government agency in charge of procurement to the Swedish armed forces), on top of 60 new Jas Gripen E fighter jets had also ordered 14 extra airframes to the Jas Gripen plane.[1] The planes and airframes are made by Sweden’s largest arms company Saab. The empty airframes were for previous versions of the plane (C/D) and there was no plan to order anything to fill them with. The cost of the airframes is unknown but estimated to several million SEK (a couple of hundred thousand USD). In total, the order was worth 37 billion SEK (4 billion USD).

According to FMV, the order was motivated solely by Saab’s needs to keep production lines open.[2]  When the Jas Gripen E order was being finalized in 2012 and 2013, Saab had completed the production of Jas Gripen version C/D to the Swedish armed forces as well as to export and leasing clients such as South Africa, the Czech republic, Hungary and Thailand.

Together with the Gripen E deal, the biggest ongoing arms deal to the Swedish armed forces is a recent Swedish submarine order. Two submarines, called A26, are being developed by Saab for the cost of 8,2 billion SEK (853 million USD). The decision was announced after reported, but never confirmed, sightings of foreign submarines outside of the Swedish coast, causing a heated debate about the need to strengthen the Swedish armed forces against a military threat from Russia.[3] At the time the contract was signed, Saab reportedly refused to agree to a set price for the project, not having built a submarine in over 20 years and not knowing how much it would cost. This was solved by a clause in the contract giving Saab the right to renegotiate the price if the company had not managed to sell the new submarine to any other country willing to share the development costs by the end of 2018.[4] No export order has been made so far and it has been speculated that the final price could end up the double.[5]

The two deals can serve as illustrations of the tight knit relations between the Swedish state and Saab and its consequences in terms of push factors for Swedish arms trade.

The Swedish regulation on arms trade states that there is a ban in principle – principförbud – on all arms exports from Sweden. However, Sweden was the 15th largest exporter of major conventional arms 2014-2018 according to Sipri.[6]  The main historical explanation behind this discrepancy is the Swedish policy of armed neutrality. In order to be able to retain the ability to declare itself neutral in times of war, the conclusion reached was that Sweden had to remain outside of all political alliances and be self-reliant on all materiel for the armed forces. Arms trade was accepted as an exception to the ban in principle in order to cover the gap between the arms industry’s need to produce and what the Swedish armed forces needed to buy. To what extent a large arms industry could/can make Sweden independent can certainly be discussed, but nevertheless: the image of an independent Sweden was the main driving force that let Sweden to create a large and very broad arms industry. Although the policy of neutrality is now abandoned and many changes have been made that even further decrease the possibility to reach independence by means of arms production and exports, the myth of independence is still the go-to argument politically to keep supporting a Swedish arms industry.

Since 2000, the Swedish state doesn’t own any part of the arms industry and there are no golden shares or other official system for state influence. However, joint state-industry development has still been the norm. In an attempt to take one step away from the traditional view on state-arms industry relations, a policy on procurement of military materiel was introduced in 2007 saying that: contrary to before, Sweden should not always invest in developing new systems together with companies in Sweden. Instead, materiel already on the market should be the first choice.[7] Since then, a couple of notable exceptions to this policy have been introduced.

Fighter jets, submarines and crypto/cyber are areas that have been declared so important for Sweden that the state should invest in keeping development of these capabilities in Sweden – even if cheaper and perhaps better products are already available on the international market. [8] Saab, being the company to develop all these so called vital security interests, therefore holds a special position: in many areas with no competition and with a lot of power and influence in relation to the political sphere, as well as the government authorities. The golden position explains the frivolous spending on airframes and the favourable contract clause and it’s hard to imagine any other Swedish arms company getting this treatment.

Although there are no official figures, it has been reported that around 70 percent of the sum spent on military materiel for the Swedish armed forces is bought from Saab.[9] In some decisive ways, Saab has in itself come to be seen as a security asset more than a private company.

Although the motivation behind the airframe order, as well as the submarine contract, was national: to keep high tech fighter jet and submarine production capability in Sweden, the consequences of this kind of support is more far reaching and international.

The procurement strategy and Saabs golden position affect arms trade licensing. The security interests connected with products and competences dubbed as vital security interests often weigh heavy compared to concerns about human rights, democracy, development and risk of armed conflict in the buyer country and region. The need for Saab to collaborate internationally with other arms companies in order to maintain, and gain, knowledge about these products has also become a reason to approve export licences despite apparent risks and in clear conflict with government ambitions in other policy areas.

In the discussion following the reports on the airframe deal, the competitive advantage was raised of having 14 airframes already produced when trying to sell Jas Gripen to other countries – often wanting deliveries as fast as possible. Being able to deliver fighter jets faster than the competitors has also been used by Saab as a sales argument on several occasions.[10]

Just like in many other arms exporting countries, the airframe deal was not a one time event but part of a bigger and multi-faceted arms industry support system.

Another example of extensive and multifaceted state support to Saab is in regards to the Saab Gripen deal with Brazil signed in 2015. Besides being highly involved in marketing, the support is also financial. The Swedish state owned company Svensk exportkredit (SEK) has lent Brazil over 40 billion SEK to buy the planes as well as armaments from South Africa and Israel. The governmental export credit agency Exportkreditnämnden (EKN) has secured the loan. The financial agreement was being finalized in the spring of 2015, when Brazil was in a recession. This would usually make investors hesitant but, instead of raising the interest according to the eonomic risks, SEK gave Brazil a 14 percent discount on the interest rate with regards to Brazils economic troubles in order not to jeopardize the deal.[11] Being able to offer a favourable financial solution is, just like extensive offset agreements and technology transfers, a way to compete for arms contracts – especially for a small export country.

Needless to say, an unproportionate amount of power in the hands of one company with the state as its main customer is highly problematic. The interlinks between Saab as a company and matters of national security hinders accountability and oversight. Neither the airframe order nor the export clause in the submarine contract was known to the Swedish parliament beforehand.

Since 2000, all alleged corruption cases involving Swedish arms trade that have surfaced have involved Saab in some way. In all Jas Gripen deals so far, there have been reports of suspected corruption and in some cases far reaching evidence for corruption. Even so, the risk or corruption in large Swedish arms deals is a non-issue in the Swedish debate and so far, no one has been convicted or politically damaged by any of these affairs. The sale of Jas Gripen to Brazil pushed Brazil to the top of the list of the biggest importer countries of Swedish arms in 2018, and it will probably remain in a top position for a long time. The reporting on corruption risks in the Brazil deal has also been limited, despite reports on the Swedish prime minister being mentioned in the ongoing Brazilian corruption charges.[12] Discussions of risks of corruption in Sweden often focus of how government authorities and companies can protect themselves from corruption efforts – how to be omutbara, unbribable. The opposite idea seems to be almost unthinkable and a strong identity of Swedes being the good guys does not encourage scrutiny in this regard. Even in a market such as the arms market, better Swedes than someone else.

Despite efforts from civil society to get risk assessment for corruption included in the Swedish regulations for arms trade, no such assessment is made today, even though the need thereof is apparent. 2009-2018, 42 percent of arms trade from Sweden in terms of value went to buyer countries in band D, E or F in the Transparency International Government Defence Anti-Corruption Index, representing a high, very high or crucial risk of corruption in defence institutions.[13] Out of the top five buyer countries of Swedish arms in 2018, 77 percent of the exported amount went to countries in band D, E or F.[14]

In conclusion: in 2016, the person in charge of state support to the arms industry at the FMV – when asked to describe the relationship between the Swedish state and Saab – said that it was like “a parent caring for its child”.[15] FMV cares for and creates an independent individual that, with support, can stand on its own and interact with others rather than constantly have to be fed orders from the Swedish armed forces like before, the official said.[16] I am inclined to say that the Swedish states relationship to Saab is that of a parent caring for a fully grown adult, still living at home – but eating out of the cupboards – in order to sustain a lifestyle it could never afford on its own. All the while, the parents are convinced that the child is doing them a favour.

[8] The policy has its roots in the EU Treaty on the Functioning of the European Union (EU 2012), Article 346. Exceptions to the procurement rules in the EU can be made for military materiel for national security needs. The term ”capabilities” is broad and can include more than just the system itself.

[13] SPAS figures, based on Transparency International (2015). Government Defence Anti-Corruption Index. Retrieved from https://government.defenceindex.org and Swedish government reports. All reports can be found at: https://www.svenskafreds.se/upptack/vapenexport/regeringens-skrivelser/