Saudi oil attacks raise questions about nature of the Yemen conflict and legitimate military targets Who Will Be Held Accountable for Starvation in Yemen? 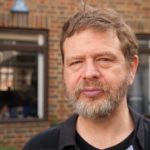 By World Peace Foundation On September 23, 2019

WPF’s Senior Fellow, Sam Perlo-Freeman culminates two years of research with the WPF — and building on a career of expert analysis on the global arms trade –with a new occasional paper, “Red Flags and Red Diamonds: the warning signs and political drivers of arms trade corruption” (World Peace Foundation Occasional Paper #21, September 2019), that analyses corruption in arms deals. Below is from the Introduction.

The biggest corruption risk in an arms deal is a company’s decision to pay bribes to secure the deal.

Discussion of ‘corruption risks’ or ‘red flags’ is often framed as if corruption is something that accidentally happens to companies, as if there is a series of traps that a well-intentioned company may innocently stumble into if it does not act with sufficient care. But some of the major arms corruption cases – such as Al Yamamah, the South African arms deal, or the numerous corrupt submarine sales by France and Germany – did not happen because some mid-level executive failed to conduct due diligence on a particular agent; they happened because corruption was sanctioned and executed at the highest levels of the company, facilitated by a complex financial infrastructure of shell companies, off-shore accounts, and intermediaries. In many cases, the willingness of the governments of the seller countries to tolerate, turn a blind eye to, or even actively engage in corrupt practices, was also a key enabler.

This is not to say that due diligence and well-established anti-corruption policies, procedures, training, and implementation strategies are irrelevant, or that corporate compliance officers serve no purpose—far from it. Without such measures, it is easy for smaller-scale corruption to occur at lower levels of the company, where eager sales agents are willing to cut corners to advance their careers. Internal compliance systems also provide companies with a pre-emptive defense against charges of failing to prevent corruption. But an exclusive focus on such technical measures, without addressing the fundamental political and economic drivers of high-level corruption by both corporations and governments, risks missing the forest for the trees. Or, to put it more bluntly, the fish rots from the head.

UK-based BAE Systems provides numerous examples. During the 1990s and 2000s, BAE Systems maintained an offshore shell company registered in the British Cayman Islands called Red Diamond Trading. This shell company was used to channel hundreds of millions of pounds of bribes, through a well-established network of agents, to key decision makers in a succession of arms deals, including with Saudi Arabia, South Africa, Tanzania, the Czech Republic, and Hungary. A U.S. judge, commenting on a settlement between BAE and the U.S. Department of Justice in which BAE agreed to pay $400 million in fines, said that BAE paid these huge sums of money to Red Diamond with full knowledge that they would likely be used to pay bribes. Again, it was not the case that BAE’s management or compliance department failed to look sufficiently closely at Red Diamond’s accounts and corporate structure, or question the services that the shell company was performing in return for the vast sums channeled to it; indeed, any executive who did raise such questions would likely have received short shrift, and possibly a dismissal notice. In the end it was only through whistleblowers that these payments came to light. The existence and use of Red Diamond was a deliberate choice that came from the top, with full knowledge of the shell company’s purpose. Key agents such as Alfons Mensdorff-Pouilly and Fana Hlongwane were recruited precisely because of their willingness to employ unethical methods to secure deals for their clients.

The existence of entities such as Red Diamond, and similar infrastructures of corruption created by other large arms companies, I argue, is the result of fundamental political and economic drivers of the arms trade in both buyer and seller countries. They are a product of the political nature of the arms trade itself. This report builds on the work of World Peace Foundation’s Compendium of Arms Trade Corruption, a collection of more than 40 cases of corruption in the arms trade and the broader military sector. It will consider both the ‘red flags’ – the warning signs that can help citizens, NGOs, governments, and those companies actually seeking to avoid corruption to identify and avoid corruption risks – and the ‘Red Diamonds’, the underlying politics and economics of the arms trade that create situations where companies and governments actively choose corruption at a high level.

Section 1 briefly presents the cases discussed in the World Peace Foundation Compendium of Arms Trade Corruption, and uses this and other research to give an overview of the scope and scale of corruption, and draws out patterns. Section 2 sets out the key ‘red flags’ that indicate corruption risk. These include factors relating to the buyer country, the practices of the seller company, and factors associated with the details of the deal itself. This analysis draws on literature on this topic from NGOs such as Transparency International Defence & Security, industry sources, NGOs working on other areas of corruption, in particular extractive industries, and the insights afforded by the Compendium itself. Section 3 discusses the fundamentally political nature of the international arms trade and its relationship with international relations, internal politics, and security policy within the buyer and seller countries. It considers the higher-level political drivers and warning signs of arms trade corruption. These include the nature of the contemporary international arms trade as a buyer’s market, the powerful incentive for seller companies and countries to win export orders at all costs to maintain domestic industries, and the close relationship between arms industry, trade agreements, and government in both buyer and seller countries. Connected to this last point, one of the most important drivers is the role of arms trade corruption as a source of political finance: funding for political parties and election campaigns, and as a means of patronage to buy or rent political allegiance. Section 4 concludes.