Who Will Be Held Accountable for Starvation in Yemen? What Mass Starvation Tells Us about World Peace 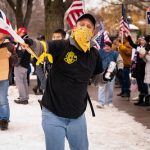 While white male supremacy isn’t exactly new (read: modern global history), the rise of Donald J. Trump to the White House with his characteristically flagrant expressions of racism and misogyny has emboldened white and male supremacists in the United States to more openly embrace and act upon their far-right ideologies.  Since Trump’s election, hate groups and violence tied to white supremacist ideology have proliferated, with misogyny often serving as the “gateway drug” into alt-right, white supremacist circles.  Mass shootings continue unabated, with the epidemic’s predominantly white and almost exclusively male shooters often driven by racist and misogynist dogmas.  And as white and male supremacists descended upon Charlottesville, Virginia for a public display of strength and murder in the early days of the Trump administration, they were greeted with the false moral equivalence of a newly minted President, who infamously suggested that “both sides” were responsible for the transgressions of the day.

After the headlines of Charlottesville, like-minded events and counter-protests garnered significant attention across the nation.  Here in Boston, “Free Speech” and later “Defend the Second Amendment” rallies emerged, with organizers seeking to paint themselves as patriotic defenders of a conservative community supposedly afflicted by political correctness and identity politics.  While these groups – “Boston Free Speech” and “Resist Marxism” – publically claim a softer political label known as the “alt-lite,” internal communications expose the same types of white supremacist and misogynist rhetoric employed by their far-right comrades.

Most recently in late August, a rebranded offshoot of Resist Marxism, now calling itself “Super Happy Fun America,” returned to the streets of Boston, this time to organize a so-called “Straight Pride Parade.”  Deploying the same types of deliberate, over the top ironies to masquerade their white male supremacy as harmless entertainment, organizers further substantiated the intimate ties that exist across their far-right ideologies, encompassing not only white supremacy and misogyny but also homophobia and transphobia.

Yet despite the fertile ground nurturing the reemergence of white and male supremacists into the (white) public consciousness – with a sympathetic administration pursuing a racist immigration policy based on fear and deprivation, and a kindred spirit in the White House again touting “both sides” after the carnage befalling El Paso and Dayton – these white men continue to position themselves and their white male brethren as the victims.  Disregarding for a moment their respective lifetimes of advantage born from being white, male and heterosexual, many invoke the conspiratorial rhetoric of an impending immigrant, Jewish or people of color “invasion,” where white people will be “replaced” or even exterminated in a “white genocide.”  They concurrently declare the world a matriarchy imposed by feminists at the emasculating expense of the oppressed male.

But the glaring difference between white cisgender heterosexual males and the marginalized groups these particular white men target – such as people of color, Jewish people, women, LGBTQ folks – is to be found in their respective structural dis/advantages.  White men in the United States have never been the target of structural discrimination on the basis of their identities as white men.  Such is a logic of impossibility.  For structural discrimination first requires that the discriminating belief or action be backed by the systemic power existent within that society’s institutions, laws and culture.  As the United States has always existed on a foundation of white male supremacy, white men as a group have, by definition, been incapable of experiencing oppression based on their statuses as white men.

This is not meant to exclude or dismiss the anger and fear felt by many white men in the United States, which may legitimately emerge from the disastrous consequences of exploitative capitalism upon their material and psychological wellbeings, and from the harmful norms and expectations of an enduring patriarchal culture that keeps many men obedient to rigid sexist roles.  Nor is it meant to perpetuate liberal practices of blaming society’s ills on the right, implicitly suggesting that the left is somehow beyond reproach.  To the contrary, violent and outspoken white and male supremacists are not the sole offenders in a system of white male supremacy.  The system is propelled forward by the ignorance, ambivalence and hostilities of all white men.  As a left-of-center white male myself, I believe that the unequal power inherent to our white male identities compels each of us to engage in individual and collective self-reflection; to seek out and welcome accountable relationships and critique from people of color, women and gender non-conforming people; and to actively engage anti-racism and feminism in the material world to change the conditions of our society’s vast power imbalances.

Yet while we each have our roles to play in challenging complicity in these interlocking systems of oppression, there is a particular and growing threat to national and world peace posed by white and male supremacists.  Therefore, this post is meant to call out the violent extremism, hateful ideologies and gross hypocrisies of white and male supremacists, and to name their deservedness as recipients of October’s Employee of the Month award here at the World Peace Foundation… with the rest of us white men perhaps garnering an honorable mention.

One Response to October Employee of the Month: white male supremacy