By Paulos Tesfagiorgis On November 4, 2019 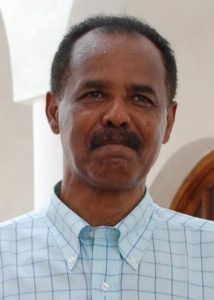 On April 2, 2018, Abiy Ahmed was confirmed and sworn in as the Prime Minister of Ethiopia. In his acceptance speech, PM Abiy declared, as one of his important undertakings, making peace with Eritrea by accepting and implementing the ruling of the Ethio-Eritrean Boundary Commission without any condition. This was greeted by members of Parliament and the public spectators with enthusiasm through a long-lasting standing ovation, signaling their support to Abiy Ahmed’s plan and affirming the wish of Ethiopian politicians and public to see an end to the conflict and hostilities for good.

The response from Eritrea to Abiy’s declaration came very slowly. It seemed it had to wait for weeks before and the occasion, in this case, was the celebration of the Martyrs Day, June 20. On this day, the President of Eritrea, Issayas Afewerki, responded and showed his acceptance of Abiy’s gesture with a notable inclusion – “game over”, presumably intended as a message to the Tigrayan People’s Liberation Front (TPLF), which President Afewerki blamed for Ethiopia’s intransigent hostility to Eritrea. Issayas saw that he and PM Abiy had a common enemy in the TPLF, and grasped the chance to isolate and surround Tigrai.

President Issayas then sent a delegation to Addis Ababa in response to Abiy’s gesture of peace. Abiy, seizing the moment, traveled to Eritrea in July, where he was received by the Eritrean people who came out by the thousands, cheering, ululating and showing, in a festive manner, their long desire for peace. It was an amazing sight. What was also astonishing, was the manner the Eritrean President received the Ethiopian PM – intimate hugs as if a long-lost brother has suddenly appeared, holding of hands, teasingly jostling, pushing and pulling each other in public as if they have been friends forever.  This was the first time the leaders of the two countries, Ethiopia and Eritrea, were meeting in 18 years. The last time was in Algiers in 2000 on the occasion of signing the peace accord and an end to the hostilities of the prior two years.

The Eritrean President immediately reciprocated and paid a state visit to Ethiopia, and he was received with the traditional Ethiopian hospitality accorded to the most important with hundreds on horse and camel backs in their traditional attire, and the Addis Ababa population coming out in their thousands. Taking the sight of the people of Eritrea receiving the Ethiopian PM and the people of Ethiopia reciprocating in kind to the Eritrean President, one would not be faulted to conclude that a new era had arrived, an era of total peace, close cooperation and even integration between the two countries. To strengthen this view, in September, the two leaders opened the border crossings between the two countries, allowing people, goods and services to freely flow. People met, relatives who were separated by the war reunited, telecommunications that were long interrupted began their services, Ethiopian Airlines started its flights to and from Asmara; the two leaders traveled to Riyadh and Abu Dhabi to receive gold medals for making peace (although no one seems to explain why in those places), to again affix their signatures to be witnessed by the Emirati and Saudi leaders and the international media reaffirming the agreements they entered a few weeks ago, etc. All seemed to have been designed to usher in a new era that would end the misery of the people, a new life of freedom, release of people’s energy to work and rebuild their shattered lives, an end to all that drives the youth to abandon their countries and take a long and dangerous trek to reach Europe; the release of political prisoners and prisoners of conscience, accounting of the disappeared, in short an end to the reign of terror that the people experienced for decades. At least, that was what was felt by all Eritreans.

Why did the Nobel committee, having recognized the role of President Afwerki in making the peace and therefore in enabling PM Abiy to receive the Nobel Peace Prize, not make him a co-recipient of the Prize?

There were however signs of unease amidst the hype, the kissing and hugging and holding of hands, between the two Heads of State and Government; the speeches and seemingly casual utterances especially by the Eritrean leader and impromptu visits by President Issayas to different places in Ethiopia. All these reduced the people, notably Eritreans, to distant observers and cheerleaders, not stakeholders. The two leaders did not share, in any meaningful detail, the content of their agreements, the Eritrean President did not directly address — and has not yet till this day — the Eritrean people to explain what the new relationship with Ethiopia meant, what the new peace with Ethiopia potentially holds in store for them and the country. It soon dawned on the Eritrean people that the peace did not include them, that the President was getting excited over something but not genuine peace, and that nothing would change in Eritrea. This was revealed in the unilateral and abrupt closing of the border crossings, blocking the free flow of people and goods, and making it illegal once again for Eritreans to travel to Ethiopia without official permission.

It is under these that PM Abiy Ahmed was awarded the Nobel Peace Prize for 2019. The award was, according to the statement by the Chair of the Peace Prize committee, in recognition for the Prime Minister’s “efforts to achieve peace and international cooperation, and in particular his decisive initiative to resolve the border conflict with neighbouring Eritrea.” It is obvious that without the ready participation and agreement of the Eritrean president, peace would have not been possible and the Nobel Peace Prize would not have been awarded to the Ethiopian PM. This was noted by the Nobel Peace committee in saying that “peace does not arise from the actions of one party alone”, adding that when the PM “reached out his hand, President Afwerki grasped it, and helped to formalize the peace process between the two countries.”

Why did the Nobel committee, having recognized the role of President Afwerki in making the peace and therefore in enabling PM Abiy to receive the Nobel Peace Prize, not make him a co-recipient of the Prize?   After all, it is not uncommon for the Prize to be awarded jointly to co-recipients who made peace possible: Henry Kissinger and Le Duc Tho (although Le Duc Tho refused to accept it); Anwar Sadat and Menachem Begin; Nelson Mandela and F.W. de Klerk. It must have been a difficult discussion for the committee members, some citing precedence and some rejecting the very notion of making the Eritrean President a co-recipient.

For, the question is, what does peace mean, especially in the case of Eritrea and Ethiopia, and what is the role of the Eritrean President in the peace agreement? For sure, without his consent, there would not have been the formal peace that we see today. But, President Isseyas made it obvious that he was not after peace; for him “peace” was a way of continuing the war and conflict by other means and, in this instance, securing a partner in this endeavor; because peace would have meant, in the Eritrean situation, removing or stopping the persistent, widespread and systematic attack against the Eritrean people,  halting enslavement, imprisonment, enforced disappearance and torture; preventing the widespread sexual harassment,  rape and gender violence all practiced on the people using, as excuse, the border conflict, the “no-war, no-peace” situation and the purported threat of the “Weyane” (TPLF). Peace would mean, in the case of Eritrea, restoring the dignity of the Eritrean people, respecting and safeguarding their fundamental rights abiding by the rule-of-law; complete cessation and removal of the consistent practices designed to impoverish the entire population and weaken the country. At the same time, peace with Ethiopia would have meant reaching out to Tigrai and TPLF, sorting out past differences, setting them aside and throwing those grievances in the dustbin of history and forging new, vibrant and principled relationships beneficial to the two peoples and the peoples of Eritrea and Ethiopia at large, rather than looking for an opportunity to engage in another conflict intended to damage the TPLF, whatever past differences and difficulties in relationships, and enforcing a “game over” through whatever means and at whatever cost to the Eritrea people, especially its youth.

In contrast and in a manner that seemed to deliberately expose the behavior of the Eritrean President, PM Abiy took steps to release all political prisoners, permitted the return of Diaspora opposition to function legally in Ethiopia, enabled political parties to register and contest in elections formally, removed the constraints that restricted the freedom of expression through different means, liberalized the civil society organizations law, while the Eritrean ruler continued his consistent behavior of inflicting havoc on his people and country. The UN Commission of Inquiry on the Human Rights in Eritrea concluded in its June 2016 report “that there are reasonable grounds to believe that crimes against humanity have been committed in Eritrea…” Would, in the face of the above atrocities that are reported committed and that still continue to be committed by the Government of Eritrea and its ruler, the President, the Nobel Peace Prize committee dare make President Issayas the co-recipient of the Nobel Peace Prize of 2019?