South Sudan: Turbulence, the Political Market, and Prospects for Peace Review of ‘Laying the Past to Rest’– The EPRDF and the Challenges of Ethiopian State Building 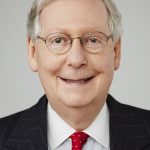 December 2019 has proven to be highly competitive for our ‘employee of the month’ designation. We opened a poll in twitter to help us decide. Among the contenders a few weeks ago: Prince Andrew, for his entanglement with Jeffrey Epstein and rape of girls; Jeanine Áñez, new President of Bolivia, determined to swing the country far to the right; pardoned war criminals, in the form of US soldiers were punished by the US military for murdering civilians, and then celebrated by US President Donald Trump; and Mitch McConnell, Senate majority leader who will play a pivotal role in the process to consider whether Donald Trump should be impeached.

In the time since then, we could have added three Nobel Laureates: Aung San Suu Kyi, defender of systematic atrocities against the Rohingya; Peter Handke, 2019 Nobel Laureate for Literature and apologist for genocide at Srebrenica, in Bosnia-Herzegovina; or Abiy Ahmed, Prime Minister of Ethiopia, who has refused to speak to the media on his visit to collect his prize.

We decided to stick with the results of our poll, however, which awarded Mitch McConnell as the person who has done most this month to keep peace at bay.

He is perhaps the kind of character we could nominate just about any given month, but this month he rose above the competition due to pivotal role he will play in the process of impeaching—or, as is most likely, refusing to convict — U.S. President Donald Trump. As articles of impeachment make their way out of the House of Representatives, and into the hands of the Senate for consideration, crucially via Sen. McConnell, we recognize the committed absence of principle that has marked McConnell’s political career and speculate on what it will mean for the impeachment process. The path is still open, but there is nothing in McConnell’s record to suggest that he will heed a call to evaluate the substance of the charges.

McConnell wins this month for giving us the prospect that one of the highest and most solemn constitutional procedures of the Republic of the United States will proceed without hope of principled consideration. In short, the vote for him is a recognition of dread.

The impeachment process matters for world peace, not only because it concerned an act of foreign policy. One of the immediate issues is the deliberate obfuscation of Russian interference in the last U.S. presidential election in favor of an absurd conspiracy theory that Ukraine interfered on behalf of the other candidate. If this inversion of well-established facts is allowed to prevail, the implications for the next presidential election are truly disturbing. But even more fundamentally at issue, is Trump’s inability to do foreign policy—that is, how he subordinates relations with other states to the pursuit of personal political advantage. The subordination of foreign policy to petty transactional politics has far-reaching implications for global peace and security.

It matters because the greatest foreign asset that the United States possesses are the ideals that guide its domestic political arena, at the most abstract level: democracy and rule of law.  These remain compelling in an international arena, often despite, not because of, U.S. foreign policy pursuits. America’s actual role in the world, mythologized so that the instances of brutality are conveniently cloaked behind euphemisms of stability, only sometimes lives up to ideals and sometimes forms a terrifying force for eroding ideals.

The domestic arena has fallen short of the ideals no less frequently than has the international, but the premise of a political system that is capable of self-correction through the constitutional division of power, the rule of law and the promise of equality before that law, has always been the greatest source of American ‘power’ in the world. American domestic policy is its most profound foreign policy.

The threatened collapse of American domestic integrity is the greatest risk this country poses to the world today. This is the issue that stands before McConnell when the Senate takes up the articles of Impeachment in the coming weeks.

McConnell’s career thus far bears evidence that he is a politician of considerable tactical skill, who is guided overwhelmingly by the desire to maintain his position. He has not been an ideologue, although has proven particularly adept at catering to ideologues through his judicial strategy. But nor has he ever shown any inclination to be guided by the ideals of democratic practice. America is achingly in need of a leader with principles, but over the coming months is unlikely to be rewarded with one.