A domestic turn –Introduction Bashir to The Hague? 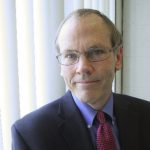 This interview is part of a series, speaking with researchers whose previous work has been on international issues and who are now focusing on issues within the United States. Alex Hinton is Distinguished Professor of Anthropology, Director of the Center for the Study of Genocide and Human Rights, and UNESCO Chair on Genocide Prevention at Rutgers University. The author of over a dozen books, Hinton is probably best known for his work on  Cambodia under the Khmer Rouge.

My past research has primarily been focused on issues of genocide and mass violence. It is comparative if often inflected through the lens of the Cambodian genocide, where I long conducted ethnographic fieldwork. I have written on topics ranging from torture (Man or Monster? Trial of a Khmer Rouge Torturer) to post-conflict peacebuilding and transitional justice (The Justice Facade: Trials of Transition in Cambodia).

I gave expert testimony at the Khmer Rouge tribunal in Cambodia in early 2016 around the time Donald Trump was becoming the front-runner in the Republican primaries – despite his inflammatory speech and white power support. But Charlottesville was the event that catalyzed my current project.

I’m writing a creative non-fiction book that explores the intersections of my testimony at the Khmer Rouge Tribunal, the resurgence of white power during the Trump administration, and the experience of teaching about violence and hate at this moment in U.S. history (and at one of the most diverse universities in the country). I even taught a course on the anthropology of white supremacy.

One challenge has been reading through literatures with which I was less familiar. But this has also been also an opportunity for me to learn and also push the insights I had gleaned about the study of genocide and mass violence into a different context – even if, of course, genocide and mass violence are very much a part of U.S. history. So the project has come full circle in a sense.

I’m an anthropologist, so I have found the need to rely on podcasts, websites, interviews, and so forth frustrating at times even as it has also opened up new doors – challenges are always opportunities as well.