March 2020 Employee of the Month: The Pentagon Script on Afghanistan The Literature of Accord 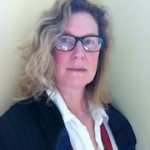 This interview is part of a series, speaking with researchers whose previous work has been on international issues and who are now focusing on issues within the United States. Catherine Besteman is the Francis F. Bartlett and Ruth K. Bartlett Professor of Anthropology at Colby College. I had the great privilege to work with her as part of the multi-year, interdisciplinary research project, the International Panel on Exiting Violence.

My research has varied over the years in location and focus. I was trained in political ecology and my early work in Somalia focused on the connections between land tenure and inequality. Later my focus shifted toward research on violence, race, inequality, and post-violence reconciliation as I began working in South Africa. After Somalis began relocating to the US in the wake of the ongoing violence in Somalia, I turned my attention to the international refugee regime, displacement, resettlement, and the constitution of community through difference. Threaded throughout has been a concern with identity, hierarchy, and subjectivity. Most recently I have become obsessed with how the concept of security is being deployed for imperialist projects.

Two reasons. As professor at a small liberal arts college where teaching anthropology is a generalist undertaking, I felt compelled to teach an anthropology relevant to the lives of my students. After 1990, the emerging neoliberal, neoconservative framework promoted by US politicians for understanding the post-Cold War world struck me as profoundly wrong and dangerous, and I wanted to find ways to help my students think critically about mainstream American understandings of culture, race, class, and globalization. I began paying close attention to predominant discourses and to the work of anthropologists grappling with them. This orientation led to a collaboration that has produced three edited volumes in which anthropologists write about contemporary issues in the U.S. (Why America’s Top Pundits are Wrong, The Insecure American, and Life by Algorithms, all co-edited with Hugh Gusterson).

Also during this time, Somalis from the small community in southern Somalia where I had conducted fieldwork began moving to the U.S. after being accepted into the U.S. refugee resettlement program. As I reconnected with people I knew, I was drawn toward researching their experiences of moving to a new place and (re)building community, as well as the history of immigration to the U.S. and analyzing the emerging anti-immigrant discourses that have fluoresced so disturbingly under Trump. [Here is a video of her discussing this work].

I finished my project about refugee resettlement in the U.S. and, specifically, the Somali diaspora in the U.S. with the book Making Refuge. Since then I turned my attention to the role of the U.S. in participating in the emergent structure of global militarized apartheid, in which countries across the global north are participating together to build policies and technologies that control the movement of migrants and labor from the global south while ensuring access to capitalist extraction and accumulation. The book project, Global Militarized Apartheid, will be published by Duke University Press later this year (2020) [related article]. I am now thinking through the concept of security empires, in which the U.S. and other states and non-state entities participate and which provides the logics for securing global militarized apartheid.

Not really. Anthropological research has often been predicated on the fantasy that research has a beginning and an end, determined by the presence of the anthropologist in “the field” (horrible phrase). But when you are writing about where you are living, there is, of course no beginning and no end, and so defining the parameters of the research requires greater clarity about why those parameters are being imposed.

I can’t think of any. Conducting research in the place where I live comes with enormous benefits in terms of being able to be present and engaged, and in terms of the subjective reality that the research is directly related to my own membership and positionality in the community of which I am a part. All of my research projects have carried intense emotional investment and the forging of close networks of care and work, and I haven’t felt this to be greater or more complicated in the U.S. context.

How do you think your work on US issues will impact your international work?

They completely speak to each other. My work with transformation activists in post-apartheid Cape Town directly informed my work on post-resettlement community-building in Maine. This work in Maine led directly to my research on global militarized apartheid. In a globalized world anthropology provides us with an incomparable perspective for making and following such associations.