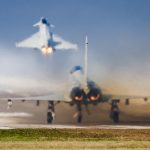 A Typology of Corrupt Third-Parties in the Legal Arms Trade

WPF’s latest occasional paper presents new analysis based on our Compendium of Arms Trade Corruption, focused on the roles of third-parties in the legal trade. The author, Xiaodon Liang, is a Research Assistant in the Global Arms Trade and Corruption program at the WPF. He is also a PhD candidate at The Fletcher School of Law and Diplomacy, studying the intersection of civil-military relations and arms production programs. Below is an excerpt from the Introduction, and you can download the full paper, “A Typology of Corrupt Third-Parties in the Legal Arms Trade” (World Peace Foundation Occasional Paper #21, April 2020).

The use of third-parties in corrupt international arms deals is ubiquitous. Agents and intermediaries play a role in many of the cases included in the World Peace Foundation’s Compendium of Arms Trade Corruption (“the compendium”). Indeed, their near-universal appearance in the compendium entries means that merely highlighting their presence reveals little. It is the variety of roles these actors have played in arms deals that demands greater attention. This paper presents a preliminary typology of arms trade intermediaries as encountered in the more than 40 cases of corruption in the compendium. The five categories defined and described are: sales agents, national conduits, gatekeepers, money-launderers, and offset managers.

Along with describing and classifying third-parties involved in corrupt arms deals, this paper also argues that most third-parties in the arms trade are valued as experts on the local political economy of a single country—or, at times, a group of countries with overlapping political cultures and elites. Rather than being globe-trotting shadow brokers with influence and connections all around the world, independent third-parties are usually geographically limited in their usefulness and have highly specific business and political knowledge. This type of localized third-party, which this paper dubs “national conduits,” predominate within the cases in the compendium. They are supplemented by lesser numbers of sales agents, gatekeepers, money-launderers, and offset brokers, some of which play multiple roles at once. Each of these types will be defined and discussed in this study.

The scope of this paper is limited to the third-parties commonly employed in the legal arms trade conducted between recognized governments. It excludes arms dealers engaged in the illicit arms trade—the clandestine trade operating in defiance of national laws or multilateral embargoes. In the clandestine trade, third parties play important roles in distancing patron states from proxies and in keeping operations in the dark; these third parties have been extensively studied previously, particularly in the run-up to the negotiation of the 2013 Arms Trade Treaty. A central purpose of that treaty was the systematic and coordinated constriction of legal gray areas and jurisdictional loopholes within which illicit arms brokers—and transporters—operated. The choice of this objective was informed by a widespread belief that illicit arms dealers had exacerbated the human cost of internal conflicts of the early post-Cold War period by undermining controls on the global flow of small arms and light weapons.

Agents in the legal trade have evaded the attention of scholars and policy advocates. To the extent that they do receive any scrutiny, it is when major arms corruption scandals break into the forefront of a nation’s public consciousness, potentially becoming household names. Nonetheless, their role and notoriety usually remain secondary in comparison to the arms companies or corrupt public officials who are the main protagonists of any corruption drama.

Within the legal trade, I further narrow the scope of this paper by focusing primarily on third parties that are involved in corrupt acts, rather than legitimate agents. Corruption-enabling third-parties are arrangers or facilitators of monetary bribes or personally beneficial political favors. Non-corrupting agents in the arms trade are a likewise under-studied component of the arms trade and merit further, separate investigation. A cynic might view these law-abiding agents as simply corrupting influences who either have not yet been caught or are careful about stepping close to the edge. Given the narrow—often procedural—grounds which acquittals have been handed down in some cases in the compendium, this perspective may have some truth to it. However, both observation of the international arms trade and application of economic and political theories could well produce plausible hypotheses of the lawful functions agents might play in the procurement processes of many states. While this paper will discuss these theories in passing, it will center the discussion on how they can be adapted to explain the role of third-parties in corrupt transactions.