A Typology of Corrupt Third-Parties in the Legal Arms Trade Fletcher voices: “Coronavirus is a Collective Action Problem” 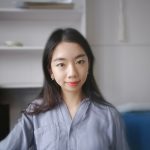 With the COVID-19 pandemic, the distrust between China and U.S. is mounting, while the population of the two great powers are suffering greatly from the disease. The antagonism at official level is triggering hatred and anger from both sides. And the media, without much fact-checking, is only making it worse. The Trump administration repeatedly labelled the virus as China-made, and called it “China Virus”. And the U.S. State Department pushed to include the term “Wuhan Virus” during the G7 Conference. From the Chinese side, a spokesman for Foreign Ministry of China, Zhao Lijian, tweeted about a conspiracy theory which claims that it might be the U.S. army who brought the virus to Wuhan, where the 7th Military World Games was held. This tweet was made without much factual background and evidence. A spokesman from the U.S. also blamed China for deflecting criticism for the role that it has played in the global pandemic. The same criticism was also pointed at the U.S. from the Chinese ambassador to Kazakhstan, Zhang Xiao.

Since COVID-19 has become pandemic, China’s “coronavirus diplomacy” has become controversial. It has been described as Beijing’s attempt to make itself a global leader, while the U.S. retreats from that role. Indeed, China’s efforts appear as a mirror of President Bush’s “medical diplomacy”, when the U.S. was promoting the President’s Emergency Program for AIDS Relief and other health initiatives around the world.

China sent COVID-19 testing kits and 300 doctors to Italy in a much-publicized gesture. But in the English language media the dominant story is that the testing kits are not working properly and that China is trying to export faulty supplies. It is also widely reported that testing kits donated to Spain only have a 30% accuracy rate. The Chinese Embassy in Spain responded in a tweet that the product was made by Bioeasy, a Shenzhen-based biotechnology company whose products were not officially donated by Chinese government. This company does not have a license from China’s National Medical Products Administration to be cleared by Chinese customs. Nevertheless, after the Spanish Society of Infectious Diseases and Clinical Microbiology, one of Spain’s leading research institutes reassessed the rapid tests, it turned out that they are officially CE-IVD approved. However, this statement was rarely reported by English media.

This is not to glorify China as a world saver which donates to countries purely out of altruism. Political consideration is always a factor when a country is making its foreign policy. Neither does this mean that the reports about faulty testing kits are untrue.

The key point is that the media reporting of China’s health assistance and medical diplomacy presents it first of all as sinister, without making a balanced assessment. With the antagonistic blaming game at official level, as well as biased report at unofficial level, U.S.- China relations are going to be stuck in a quagmire.

One Response to Fletcher Voices: “U.S.-China Relation in a Quagmire, Blaming Game and Biased Reports”