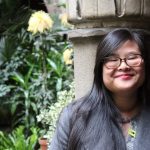 This essay is part of a series, Fletcher Voices. WPF invited students at Tufts University’s the Fletcher School for Law and Diplomacy to submit short essays reflecting on the impact of coronavirus. Samantha Chen is a second year MALD student, currently in Boston, MA. Her fields of study are humanitarian studies, and international negotiation and conflict resolution.

The Coronavirus, or COVID-19, has become a global pandemic that travels fast, is hard to detect, and is deadly for many. Many countries have implemented their epidemic control response measures such as restrictions on movement, large gatherings, and social distancing, which, due to the efforts of their citizens to take this imperative seriously, has led to a more effective response, as in Taiwan and South Korea. In countries where these control measures are not able to be implemented as broadly or weren’t put in place early enough, it becomes difficult to contain the spread, leading to high rates of infection. Only by putting these measures into place and having citizens conform strictly to these initiatives can the infection be slowed, as in Italy and China.

For a response to be effective against this kind of fast-transmitting disease, a collective action to restrict movements and avoid transmitting the disease further is asked of citizens. However, due to conflicting interests such as the need to work, a belief that this disease is not that serious, and individual desires to go against public health advisories, it becomes difficult to stop the virus from continuing to spread. Since many people are asymptomatic, it is also difficult to tell when someone has the virus, so it is not necessarily easy to defend against. What can we do?

In the U.S., governors and mayors can close down businesses and issue these orders to keep people indoors as much as possible. Yet, since the federal government is not able to enforce strict police measures as was done in Italy and China, it is not a possibility here in the U.S. since it is not an authoritarian country, and does not have the mechanisms to compel such widespread restrictions. Therefore, there is little to stop people from continuing to gather, from people walking close to one another outside, and from doing activities that could spread the virus. It is important for humans to be outside, feel the sun, and many dogs around the country still need their walks. In addition, there are reports of teenagers pulling pranks in grocery stores, as well as many people continuing to congregate on beaches last week during Spring Break. So how can the government enforce their rules, especially when it’s different from state to state, and there is no collective national order?

I believe a better approach is grassroots from the bottom up, conducted and enforced by citizens themselves.  Persuasion by their peers or people they trust, will bring more people around to going with this collective action. Utilizing social media, neighborhood watches/councils, school communities, social organizations, and other networks that people may be a part of effectively to promote this idea can help create a social norm to make this the “new normal”. This can be seen in the U.S. by celebrities promoting “Stay Home” on Instagram, as well as “Stay At Home” challenges such as the “See 10, Do 10” Pushup Challenge and the Toilet Paper Challenge. Furthermore, Incentives from the government, like the stimulus bill that just passed both houses and was signed by President Trump, and reassurances by their companies can make it easier for people to stay home. In Spain, while the response was slow, they currently have locked down the country with drones and police patrols to keep people inside; public opinion has turned to supporting the country’s healthcare system by staying inside through social media hashtags like #YoMeQuedoEnCasa.

While we rely on the government for vital goods and services, it becomes critical for individuals to act in their own way to reduce the spread of the virus. Collective action only works when everyone works together, so let’s flatten the curve.