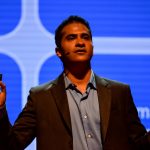 Fletcher Voices: “The Tiniest Microcosm and the Largest Macro Effects”

This essay is part of a series, Fletcher Voices. WPF invited students at Tufts University’s the Fletcher School for Law and Diplomacy to submit short essays reflecting on the impact of coronavirus.

Akshobh Giridharadas is a Director with BowerGroupAsia based out of Washington D.C. Prior to which, Akshobh was with a consultant with the World Bank. A journalist by profession, Akshobh Giridharadas was based out of Singapore as a reporter and producer with Channel News Asia, Singapore covering international business news. He writes on diverse topics such as geopolitics, business, tech and sports. His previous endeavours include working at ESPN STAR and FOX networks. He is a two time TEDx and Toastmasters public speaker and is a 2019 graduate from the Fletcher School of Law & Diplomacy, Tufts.

As I wrote in a recent article that I published on COVID-19, that from a seafood market in Central China to financial markets around the world, never has there been one single phenomenon that has captured the world’s fears in such an unprecedented manner and has arrested all economic activity and mobility.

Like virus, like conundrum; this has mutated, percolated, transferred from host to host and pervasive from coast to coast. The problems too have changed shape and size in drastic proportions. It started from a health scare, to cautionary travel in China and the region, to then an epidemic, to a worry in a slowdown over China’s economy, to now being declared a global pandemic with unprecedented health and economic ramifications.

We live in strange times laced with present day irony where a coronavirus conference gets cancelled for, you guessed it, coronavirus. Where ironically students are learning about the coronavirus, but not in school as schools and colleges have been closed. We live in an era of historical irony, where Africa, a continent that has been negatively caricatured as the epicenter of epidemic outbreaks now finds itself the least infected. Nationals of African countries, who have ever so often had to prove their health status just to get visas to Europe and other parts of the world, now impose travel restrictions on people flying in from the United States and Europe.

This has been unprecedented on so many levels, from Melbourne to Madrid, Seoul to Seattle, Tehran to Tuscany, seldom has the world been confronted with the same geopolitical, economic, national security and health conundrum that the COVID-19 disease has presented. For a country such as the United States, that spent most of the twentieth century vigorously acting as the bulwark against communism, now finds its stores looking like the Soviet era stories with emptied shelves.

In another year, China, United States Italy and Spain  would seem like the starting pool of the Round of 32 in a FIFA World Cup, but in 2020 they are the four most affected countries with the highest number of Coronavirus cases. In another year, Italians wouldn’t have to rally around finding their own rendition of “Keep Calm and Carry On” with the phrase ‘Andrà Tutto Bene’ (everything will be alright), even though ironically there can be no rallies. And in another year, India wouldn’t outpace the United States to proactively shut its borders to the world and historical irony wouldn’t be found when Mexico issues stricter border control measures for Americans wanting to cross over.

At a time of economic nationalism, protectionism,  xenophobia towards immigrants, there is a virus, that just like the ancient Silk Road has traversed from China to Italy and has not distinguished in race, class, nationality or ethnicity in its attacks. It has been ageist though, taking more lives of the elderly. It needs no visas to cross borders, can’t be kept out by walls and can’t be shut out by protests or elections. As the Israeli writer Yual Nova Harari says it is time of nationalist isolation and global solidarity.

As the clarion call drums for social distancing and as we make our conscientious efforts to keep away, we are reminded that our fragile healthcare system, our intertwined economies, our common national security concerns makes us more connected than ever.