Fletcher Voices: “COVID-19, A test for secular India” Going remote: learning from aid practices in Somalia and Sudan for the Covid-19 crisis 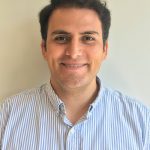 Fletcher Voices: “The critical coronavirus risk you don’t know about”

This essay is part of a series, Fletcher Voices. WPF invited students at Tufts University’s the Fletcher School for Law and Diplomacy to submit short essays reflecting on the impact of coronavirus. Alex Tenney is a second year MIB student, currently residing in Boston, MA. His fields of study are Business for Social Impact and Development Economics.

The public message regarding coronavirus (COVID-19) is clear: social distancing is the key to prevent the unmitigated spread of the virus. However, the estimated 42,000 undocumented migrants in ICE detention centers around the United States are not given the luxury of 6 feet of distance.

Due to the nature of detention centers, proper social distancing is currently unattainable. There have already been patterns of neglect in Immigration and Customs Enforcement (ICE) facilities including mismanaged quarantines and overcrowding. Despite commitments by ICE to contain the spread, since the outbreak there has been little change in procedure in ICE facilities with insufficient use of gloves, hand sanitizer, or other preventative measures. Therefore, we will need to push for change in these facilities to ensure that the rapid spread of coronavirus is avoided.

The coronavirus crisis has impacted the global community and we must work together to “flatten the curve” to protect the most vulnerable in our communities. The number of cases is now above 380,000 globally and 44,000 in the United States alone. The United States is currently on a similar trajectory as the ravaged Italy with the number of deaths doubling every 3 days. The only way to reduce spread is to avoid large group gatherings or at the very least keep 6 feet of distance between each other.

As we have seen with the Diamond Princess Cruise disaster, close quarters pose unique challenges where roughly 20% of those on board ended up having the virus due to sheer proximity. The reality is that being held in confined areas leads to the rapid spread of disease. Recent research has shown that COVID-19 has an R0 (contagion rate) of 2 to 2.5 which means that it is more contagious than the flu, as each new case is estimated to spread to an additional 2 to 2.5 people. Coronavirus has the potential to be a superspreading event where numbers escalate exponentially when in a confined space and a large percentage of those in the area contract the virus.Examples from China’s prisons serves to demonstrate the absolute importance of taking preventative measures. In Wuhan, China there was an explosion of cases with over 500 prisoners showing symptoms. With cramped holding areas, poor hygiene, and little medical care, detainees are particularly vulnerable to the pandemic. As we saw in the US in 2019, five cases of mumps in immigration detention centers rose to 900 cases among staff and detainees in a matter of months. A coronavirus outbreak in our detention centers would create a health and economic disaster.

A viable solution is to let some immigrants out in order to remove the most vulnerable from these dangerous conditions, and to reduce overcrowding for those who remain. Part of the reason for the extent of overcrowding is because between 2011 and 2013, ICE’s field offices approved 90 percent of asylum seekers’ requests for parole, while the Trump administration has only approved 4 percent. One common argument against their release is that they are a threat to society, but only 30 percent of detainees have been convicted of a crime, and many of those are for illegally crossing the border. If security is truly a concern, electronic monitoring can be leveraged to facilitate the release of immigrants. Another concern is the costs of prevention, but the economic burden on the US healthcare system would be exponentially higher with coronavirus treatment bills reaching tens of thousands of dollars.

This is a time of crisis and we have already seen convicted criminals in prisons across the country being released to deal with the potential spread of the coronavirus. There will be a vetting process to ensure that the immigrants who are released are both not flight risks or public safety threats and prioritize those that would be at greatest risk if they were to contract the virus, like the elderly and those with heart or lung conditions. We must act now to ensure that we do not have a costly and avoidable super spreading event in detention, and practice the simple and effective guidance that the government is asking of the general population.