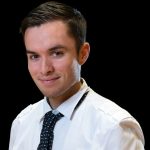 Fletcher Voices: “Have drones replaced humans? The fight against COVID-19 in the UAE”

This essay is part of a series, Fletcher Voices. WPF invited students at Tufts University’s the Fletcher School for Law and Diplomacy to submit short essays reflecting on the impact of coronavirus. Kevin Dupont is a second-year MALD at the Fletcher School of Law & Diplomacy, where he studies International Security Studies and focuses on the Arabian Gulf. Kevin currently resides in Dubai, United Arab Emirates as he completes a David L. Boren Fellowship with the U.S. Department of Defense and the Institute for International Education.

Recent efforts to combat COVID-19 mandated by the government of the United Arab Emirates (UAE) give a prominent role to drone technology. Over the past two weeks and now through April 18th, the nation will undergo a strict 24-hour sterilization and monitoring process to help restrict the spread of the virus using drones which spray sterilization agents all around the country.

However, does this program serve as a catalyst for major social change in the form of replacing often oppressed migrant workers as the Emiratis prepare to take a bigger role on the global stage?

The drone technology, which is the size of an average dinner table, replaces human workers and thus, removes some of the risk contracting the disease while on the streets and allows many employees to remain home. Furthermore, this initiative also dramatically cuts costs of paying workers and transporting them around the country.  Instead it requires skilled human maintenance to operate the flying sterilizers in some very densely populated cosmopolitan parts of Dubai, Abu Dhabi, and Sharjah.

While this innovative technology is a massive initiative and step forward for the country, it brings up a question of if we will see drones replacing the average worker ahead of one of the defining events in the young history of the UAE – Expo 2020 (maybe 2021). Also known as the “World’s Greatest Show”, Expo 2020 will allow for the UAE to capture the world’s attention and set the stage for international cooperation at a time when our planet will need it most post COVID-19. With the world focusing its attention, this could certainly be a way to decrease the national dependence on lower-skilled laborers, especially as Expo 2020 is geared to highlight innovation and technology, diverting attention from the historic migrant worker human rights issues that have occurred in the region.

Replacing migrant workers could actually be a sign for growth and leadership for the UAE. This is especially the case as drones have proven that they can perform complex tasks to a level where humans cannot. In the example that shaped the creation of this piece, drones are able to help protext an entire country of ten million inhabitants from a virus that has shut down the entire planet. Yes, the social cost of implementing drones across the country would be quite apparent by transforming the average human laborer into a hi-tech flying machine. The adoption could also reach a point where it leaves hundreds of thousands without jobs and therefore, subsequent repatriation per Emirati law.

However, in keeping with the mindset of being at the forefront of transformative technology, the use of drones for this purpose presents a unique opportunity for the Emiratis to position themselves as a leader for the growth of drone technologies for social good and in some ways, use them as the replacement for the migrant workers, whose poor working conditions and lack of civil rights served as a point of negative international criticism for the country. What we are seeing in the UAE might not only set the pace for future adoption around the world, but also possibly serve as a harbinger for a new global trend.