Governance Implications of Epidemic Disease in Africa Interview with Xiaodon Liang: Typology of 3rd parties in the legal arms trade 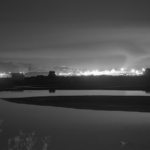 Tracking COVID 19 in Places of Detention

Today, the WPF is launching a new research project tracking COVID 19 in places of detention, with focus on the United States. Our first case study, of Massachusetts, is now available. The project is led by WPF Research Director, Bridget Conley, and draws on a team of Tufts University-affiliated researchers.

Beginning in early April 2020, a hastily assembled group of Tufts University-affiliated volunteers began work with the World Peace Foundation to track COVID 19 in places of detention. The group includes graduate students from Fletcher and the Medical School, undergraduates, alumni and faculty.

We are tracking information about the spread of the virus within prisons, jails, immigration detention centers, and juvenile facilities in the states of Massachusetts, New York, Michigan, Illinois, Louisiana, California, and Washington. While we focus on the United States, we also include some limited reports on other countries. The data we present is incomplete — the miserably low levels of testing, lack of centralized or consistent policy-making, and multiple jurisdictions make it impossible to capture a truly accurate picture of what is happening inside places of detention. Our project aims to rigorously assemble all the the available information, demonstrate how it is incomplete, and place the numbers in the context of changing policies.

This project to gather data on COVID 19 in places of detention was founded on three principles of protection: a society is judged by how it protects its most vulnerable; no lives are disposable; and improving conditions requires accurate information. Data, just like narratives, always tell only a partial picture, but we live in a world where the simple act of counting is a measure of value. So we decided to start counting.

As is now well known, Covid-19 spreads through close contact, disproportionately impacting older people and those with pre-existing health vulnerabilities. Places where people cannot enact social distancing are reporting significantly higher rates of infection than among the general public. One of the contexts where people are at elevated risk is detention.

In many parts of the world, life in detention is in upheaval.

Around the world, there are reports of prisoners protesting (sometimes with deadly violence) their conditions, high levels of infection, and crackdowns. At the same time, some authorities have been implementing measures to decrease prison and jail populations. These have included releasing people nearing the end of their terms, those with medical conditions that make them more vulnerable to COVID-19, the elderly and pregnant women, among others; using methods other than incarceration for minor offenses; and eliminating or reducing bail.

Nowhere is magnitude of challenge nor diversity of responses more apparent than in the United States. The US has the highest incarceration rate in the world: 698 per 100,000. Imagine it as a single city, Detentionville, composed of 2.3 million inhabitants– a city the size of Houston, TX, Chicago, IL, or Paris, France. The people of this city are aging, with the +55 demographic representing over ten percent of the population and still growing. The population is also disproportionately poor, African American and Hispanic, and are particularly vulnerable to chronic diseases.

Unlike other cities in the US, Detentionville is not limited to a single geographical location; rather, its population are clustered in separately administered fiefdoms. These include Federal prisons, ICE detention centers, state prisons, juvenile detention centers, county-level jails (which often house ICE detainees), as well as work release programs, parole offices, and other facilities. Detentionville is not separate from the ‘rest’ of America: it exists in most counties, every state and across the country. This strange ‘city’ also has a significant fleet of commuter-workers: lawyers, judges, police, bailiffs, parole boards, officers, facility guards (corrections officers), medical staff, social workers, teachers, volunteers, etc. And of course, it includes the children, spouses, parents, friends and loved ones of those incarcerated.

One consequence of the fractured nature of this “city” is that policy responses to crises like COVID-19 vary incredibly across jurisdictions. This means that detained people, their families and loved ones, and others who seek to advocate with them and on their behalf, have to navigate a labyrinth of different bureaucracies, legal webs, and institutional cultures. The lack of unified response to the spread of COVID-19 across prisons and detention centers in the US has resulted in unequal treatment and protection measures for those in detention, as well as making it harder to monitor, document, and defend against violations of their rights.

This project seeks to help fill that gap by tracking the spread of COVID 19 in detention centers in several states. It draws on work being done by advocates, state and federal officials, and journalists across the country. Our aim is to contribute to the picture of overall trends so that policy responses can be monitored and improved.

Right now, we urgently need policies that take immediate action to save lives of detained people and do so in ways that respect their core rights.

Infection rates in some places of detention are soaring well beyond that of the general public. These rates include not only people under detention, but also the corrections officers, medical personnel, and other staff who work in prisons, jails and other centers. Social distancing may help, and it is being done in some facilities, but it should not turn into long-term, widespread solitary confinement.  Isolation exacts a psychological toll and cannot be justified as an equitable response to a health crisis. The harms of solitary are particularly grave due to the prevalence of mental health issues across jails and prisons. It is reasonable that visitation is severely restricted, but authorities need to adopt policies that enable people in detention to remain regularly and safely in touch with their loved ones, lawyers, and mental health providers; and to maintain basic human relations that sustain all people.

While we “are in this together,” not everyone is equally exposed to risk. The conditions in Detentionville render its denizens particularly vulnerable to COVID-19. These prisons, jails, and detention centers could face a health catastrophe — it is already occurring in some places. The urgency of the situation has sparked action across the United States, with a wide range of response policies in place, some of which can provide positive example for others.  Multiple advocacy efforts are taking place calling for releasing people from detention, improving the conditions inside prisons and jails, and ensuring housing for those who get out.

This crisis is challenging. It simultaneously demands reflection and action. It is an opportunity to demand change – not just in the short-term, but a complete departure from the way things have been going in Detentionville. We believe that now is the time to equalize the playing field and truly make sure that everyone, both in Detentionville and elsewhere, has an equal chance at survival.