Interview with Xiaodon Liang: Typology of 3rd parties in the legal arms trade Tracking COVID-19 in places of detention: Illinois 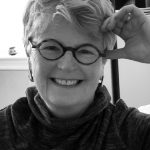 Diane O’Donoghue is Director of the Program for Public Humanities & Senior Fellow for the Humanities, at Tisch College (Tufts University). She and WPF’s Bridget Conley are collaborating on a project, In Their Presence: Exhibiting Human Remains that focuses on the ethics and politics of displaying the remains of victims of 20th century atrocities

The centrality of the human body in this time of pandemic extends from the vastest of global epidemiology to the most intimate experiences of suffering and loss. The latter have a particularly powerful presence in current representations of the coronavirus’s impact, in ways both harrowing and poignant. From hospital rooms, mortuaries, and cemeteries come imagery of the immediate period of “post-death”—in those first hours and days—that rarely has been so sharply rendered for public view. This is usually a time passed privately, with the transition from life to death witnessed by those in closest proximity, often accompanied by specific rituals and in-gatherings sought for comfort. But now there is the absence of these familiar, often familial, moments.

Concerns for contagion have brought a stringent separation that subverts our fundamental expectations of being with loved ones at the time of death and soon after. Visitors are excluded from hospitals and care facilities, as they are thought to either be in danger of infection or themselves potential infectors. For others—hospital and nursing home personnel, as well as those who give care in the moments surrounding death, the “last responders” and providers of the “last offices”—governmental agencies worldwide have issued protocols for safe practices. Among them is the sobering acknowledgment that the virus may remain active for a period of time on or within those whom the disease has claimed.

Such evidence suggests the separation between states of being and non-being remain in disconcerting flux here, as the body has not been vacated of all viability; rather, it remains a potential locus of transmission, a carrier of possible death from the dead. It is with burial or cremation that the pathogen enters into its own version of post-death, and, with this, the final safe passage for the remains into a vast ecosystem where they now will become permanently a part.

In response to this pervasive threat, practices have emerged whose imagery certainly will become part of the visual archive of our plague time: last words exchanged virtually, as loved ones are “brought” by nurses to the bedside on a laptop screen; burials restricted to a few, separated graveside mourners; a special hospital room with a window to which a body can be brought to be seen; rows of funerary urns waiting until it is safe for each to be taken away. For those who lose their lives in the current pandemic, we can hope that the separation at death will be mitigated by acts of memory for those who knew and loved them, and that tragic disruption in connection to their dying will become metabolized into the much larger narrative of a life.

But there are also those who are dying alone now and likely will not have this retrospective memorialization. Theirs are the coffins shown lining mass graves, as mortuaries struggle to accommodate all the remains of those who were not claimed by any survivors. Unlike the other practices noted here, this one does not result specifically from the current health crisis, although those shown in such large-scale burials, such as in New York City, died from COVID-19. Such unaccompanied interments will continue after the virus no longer threatens us, as they did before: poverty, racism, and isolation are the lethal toxins here.

In this period of the exceptionalism and grief of dying alone, it is important to recognize that this is an experience that, sadly, is far from uncommon. When others with more privilege are no longer subjected to a loved one’s lone parting, those who will continue to be consigned to it will slip into virtual invisibility. But could this period, when such solitude at post-death is a shared circumstance, foster an “activism of memory” where work to redress inequities could be a way in which these individuals are accorded some measure of recognition?

These images of our moment can also evoke earlier losses of magnitude. Within the current health crisis, historical relevance has tended to be located, rightly, in accounts of past pandemics. But it is worth remembering that the mass taking of life, the loss of rites of grieving, is a fate shared with plagues of a different kind—those perpetuated by human agents of death. In these killings, there may be more precise determination of those to be destroyed, although as we see with the greater losses within communities of color, we must recognize that COVID-19 is far from an “equitably”-susceptible disease, if such a thing ever existed. But for persons who disappeared, those shot, gassed, incinerated, who were buried in vast, common graves, their very existence became not only, in many cases, pathologized, but as if a pathogen.

As such, the exquisite particularity of the individual was subsumed by the threat that their very existence posed, preventing loved ones, if they themselves survived, from any access to the specific remains of those murdered. Vast collections of bones and ashes feel very far from the individual corpse or coffin, and that is certainly the case. That said, there is a space where thinking about the viral and the genocidal can converge, calling us to engage, among other things, with the complexities of the time after death, a space so vividly apparent now as we confront images of “unmournable” loss. This is also a state that powerfully sears, and haunts, the pandemics of hate, whose victims remain with us, ecologically and ethically.