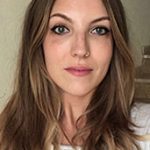 This essay is co-authored by WPF’s Amaia Elorza Arregi, and Bram Wispelwey, who is a co-founder of Health for Palestine and medical director of 1for3. He teaches at Brigham and Women’s Hospital and at Harvard Medical School.

From 1987-1993, the Palestinian people waged one of the most successful nonviolent mass resistance movements in their history. Now known as the First Intifada, the widespread popular uprising erupted spontaneously throughout the occupied Palestinian territory after an Israeli army vehicle collision killed four Palestinians in Jabalya refugee camp in the Gaza Strip. Local organizations and secret grassroots networks worked creatively to stifle occupation efforts, involving Palestinians from every sector and demographic of society. Strikes, boycotts, and withholding of taxes were among the myriad methods of civil disobedience, and community cohesion in response to hardship reached an all-time high.

The aggressive and disproportionate crackdowns by the occupation forces, immortalized in images of tanks facing off against children with stones, generated significant international sympathy for the Palestinian people. The positive international image was among the factors that forced Israel to the negotiating table, leading even to discussions with the Palestinian Liberation Organization, something that had been inconceivable just a few years prior. Tragic missteps in strategy then occurred, leading to the disastrous and worsening situation for Palestinians that continues to this day, but the successes of the First Intifada remain widely acknowledged.

While the years following the Oslo Accords have seen gradual disappearance of popular resistance initiatives as a result of increased Israeli suppression, widespread “NGOization”, and neoliberal development and “peacebuilding” policies, the Covid-19 crisis is bringing out a return to community-based action in Palestinian refugee camps. Decades of land dispossession and gradual impoverishment have made Palestinian refugees food insecure and increasingly reliant on junk food imported—like nearly everything else—from Israel. As a result, these communities have some of the highest rates of diabetes and obesity in the world, making them particularly vulnerable to Covid-19. Comprising some of the highest population density anywhere and lacking open space, these camps provide no options for social distancing. Moreover, the toll of over 50 years of military occupation and imposed de-development have left Palestinians in the West Bank and the Gaza Strip with limited access to healthcare and poor medical infrastructure.

Palestinian refugees, expecting no solidarity from their occupiers, and little from the international community that continues to stand by, are taking measures into their own hands. The Popular Committees are organizing to provide food, medicines and other support in the camps. Committee volunteers are monitoring households to document their needs and ensure these are being met. In cooperation with local authorities, youth are disinfecting the streets and public areas. Refugees have created impromptu collective funds by donating their salaries to buy food and medications. Community health workers are providing virtual visits by phone, emergency services when necessary, and produced a video on Covid-19 safety precautions. In Aida refugee camp in Bethlehem, a community-based organization supports family food security with rooftop gardens and has established a weekly book delivery service for children while schools are closed.

These measures are proving essential to counter not only the pandemic, but also the political violence to which Palestinians are subjected and that continues unabated despite the public health emergency. Settler attacks against Palestinians have risen by 78 percent since the pandemic began, often with direct cover from the army. Israeli forces have continued raiding Palestinian homes on a near daily basis, arrested Palestinian volunteers attempting to disinfect public facilities, and destroyed two Covid-19 field clinics in East Jerusalem and the West Bank. While over half of Covid-19 cases in the West bank have been traced to the tens of thousands of West Bank Palestinians who are ‘essential workers’ in Israel, the Israeli government has denied any responsibility to test them or ensure their safety. Many of these workers are refugees living in camps who must choose between deepening poverty and exposing themselves and their families to Covid-19. These Israeli practices, on top of an already stifling occupation, pose a direct threat to Palestinian health and safety, highlighting the importance of community-led initiatives that focus on developing protection and internal support systems in the face of a pandemic.

While Covid-19 may yet result in a health catastrophe for Palestinian refugees, it is also strengthening community bonds and networks that have been suppressed by the Israeli military for years. Given the increasing restrictions placed on them by donors, and a growing dissatisfaction with both local authorities and international humanitarian strategies, these actions could represent the seeds of a renewed form of communal organizing that demands fundamental change in Palestine.