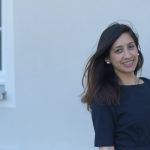 Fletcher Voices: When Shelter in Place is a curse: Intimate Terrorism during COVID-19

This essay is the last in our series, Fletcher Voices. WPF invited students at Tufts University’s the Fletcher School for Law and Diplomacy to submit short essays reflecting on the impact of coronavirus. Kudrat Dutta Chaudhary is a Gender Specialist dealing with Gender based violence asylum claims at the Law Office of Robert B. Jobe, and is a 2019 graduate from the Fletcher School of Law & Diplomacy.

If this pandemic has proved anything, it undoubtedly is the lack of our societies’ and governments preparedness to respond to and deal with an existing, ongoing and persistent pandemic – violence against women and girls. Domestic violence consists of patterns of behaviors through which the abuser establishes power and control over their partner to perpetrate intimate partner violence or “intimate terrorism,” which has previously proven to exacerbate during humanitarian crises. The Shelter in Place orders even though were needed to combat COVID-19 have meant ‘Home isolation,’ giving more power to the abuser to control and isolate their partner’s movements. With layoffs and a looming scarcity of financial resources along with not being able to avoid each other further have become factors adding to potential conflict and increased aggressiveness in volatile situations that survivors have been subjected to. A worldwide trend of a surge in domestic violence cases has simply proved how the response to COVID-19 has lacked gender sensitization which ultimately have led survivors to quarantine with their abusers becoming their prisoners, constantly under their control and watch.

In the United States, one would expect the same sort of data from the Women Shelters/Hotlines that have been battling to provide essential services to women seeking shelter and safety during these unprecedented times, and my conversations with Christiana So, Communications Director, national Domestic Violence Women’s Hotline and Kathy Black the Executive Director of La Casa De las Madres in San Francisco have revealed the many facets of the Pandemic and the storm that awaits in terms of domestic violence reporting once the pandemic is over, if it ever is.

In my conversation with Christina So, she shared that the increased levels of domestic violence would only be known once life goes back to normal, this is also something that their organization says has happened historically after natural disasters like earthquakes or hurricanes. She further said that there hasn’t been an increase in crisis calls and the prime reason for that is the close proximity of survivors being with their abusers, where it becomes dangerous for them to reach out for support. She also stated that, as people start returning to work or school and are further apart from their abusers, they will have the safety and privacy to reach out for support.

Kathy Black, shared the same trend of fear looming over the survivors of being caught by their abuser if they report them, during Shelter in Place orders. She stressed that exclusion from one’s support system like counseling services, friends has left the survivor to fend for herself in such an uncertain time. Women who were planning to leave their batterers now can’t do so without having their partner monitor their every step and with access to less financial and rehabilitative resources.

It is only now that the governments are waking up and are taking whatever sparse efforts, they can take to slightly make the situation better for survivors. South Africa has banned cigarettes and alcohol ascribing them the reputation of catalysts for GBV. India has launched a new domestic violence helpline in states like Uttar Pradesh. The United Nations has released recommendations to help curb violence against women and girls. Even the UN Trust Fund to End Violence Against Women has established a COVID-19 Funding Window which aims to support Civil society organizations and fund projects targeted to combat violence against women in the context of the pandemic. However, I personally feel that such measures should have been introduced as preventive measures and not as curative ones. We can prevent the occurrence of GBV only if we act in time with gender mainstreamed responses, if we place women’s rights at the same pedestal as that of males, but one of the main reasons that hasn’t been happening is because there aren’t enough women on the decision making table (now this issue needs a separate discussion!).

During a time when when women and girls need sexual and reproductive health (SRH) and gender-based violence (GBV) services the most, the COVID-19 outbreak has severely disrupted access to them. What is a survivor supposed to do during such uncertainty? Where Black says, that if a woman has to choose between living with her abuser or running away, she should choose the latter, I worry about the viability and sustenance of such a response when the government is not focusing on gender mainstreaming of COVID-19 response and the shelters have to find novel ways to keep them afloat. If she has to run, which way should she?

2 Responses to Fletcher Voices: When Shelter in Place is a curse: Intimate Terrorism during COVID-19