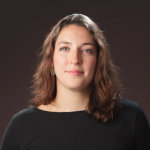 Today, the divide between those who the Kenyan state recognizes and those it does not is being felt in new, potentially harmful ways as the Covid-19 response reinforces existing fault lines of power and access. This blog examines four risks for identity-based exclusion in Kenya’s pandemic response, and how ongoing struggles for inclusion will impact emergent struggles for social welfare as the Covid-19 crisis unfolds.

Historically, Kenyan-Somalis and Kenyan-Nubians have been denied state and social recognition of their Kenyan citizenship. Denied full social and economic ‘belonging,’ these communities have still managed to exercise social, economic, and – to a lesser extent – political power through the use of informal, irregular, or corrupt systems. These systems are under extreme pressure as Kenya’s enacted and proposed policy responses to Covid-19 prioritize surveillance and control, quashing coping mechanisms which rely on personal social networks and informality. The national response includes a government-controlled Emergency Response Fund (ERF), which supersedes individual or community mutual aid; a national dusk to dawn curfew; and targeted lockdowns. Roll-out was poorly coordinated, but state security has violently discouraged individual or local community efforts to find ways around restrictions – multiple people have been killed or injured for breaking curfew.

The four risks resulting from the intersection of historic exclusions and current pandemic response policies are: 1) The loss of the informal spaces that provide refuge to marginalized populations; 2) The risk of being passed over in social-welfare responses; 3) The risk of being targeted by security as the pandemic provides cover for expanded state surveillance; and 4) The risk of being unable to compete for scarce resources in new markets for corruption and profit.

Kenya is home to a large population that pursues economic opportunity and spends its civic energy in the informal sector.  Informal systems operate in the spaces that exist between regulations and enforcement, and may serve as havens for marginalized groups seeking to escape insecurity elsewhere. As the Covid-19 lockdown strictly limits personal interactions and public spaces, it removes previously available opportunities for interpersonal interactions and irregular work-arounds. In this context solid barriers appear where there once was flexibility.

Additionally, systems of business management and operation that depend on community systems like diaspora will be hard hit. The closure of borders further disrupts informal economic opportunities and the global nature of the pandemic puts harsh breaks on incoming remittances. Informal workers and contract holders lack formal protections, and will be especially vulnerable in the coming economic contraction.

Social welfare protection programs are generally concerned with targeting (inclusion and exclusion), payment modalities (cash or in-kind), and payment mechanisms (cash or electronic). The constraints of Covid-19 mean deliveries of any physical object, whether in-kind goods or direct cash, risk disrespecting public social distancing rules and causing panic (as has been acknowledged in recent plans for cash transfers by Kenya’s National Safety Net Program, and happened during an early attempt to distribute goods in Kibera).

As an early adopter and global model for the mass expansion of mobile money, Kenya is positioned to use mobile money options in policy response; according to Mombasa residents Mpesa is already being used to disburse government relief funds. Proposals for mobile money programs recognize that they may miss informal workers and therefore encourage program expansion to value over-inclusion instead of over-exclusion. Some proposals additionally recommend recipient safeguard checks using formal identity documents, and even registering mobile money accounts in Kenya requires an original identification document.

The ‘safeguard’ creates a risk for exclusion. Identity documents are tangible symbols of ‘belonging’ that enable claims on public resources and protections, and Kenyan-Nubians and Kenyan-Somalis face additional hurdles when applying for identity documents. Not having an accepted formal ID places those populations at risk of being unable to make ‘legitimate’ claims to social protection plans.

There is also a risk of populations being intentionally left out, as the inability to access formal IDs tracks with more extensive socio-political exclusion. The ‘objectivity’ of both public health needs and digital solutions can provide cover for oppressive biases while still upholding them. Public health policies and digital protocols restrict or improve the lives of different groups in different ways, containing political decisions on inclusion and exclusion.

The pandemic provides legitimate reasons for state action along with ample cover for the expansion of state powers that might otherwise be questioned. Kenyan journalists have reported that Kenya is monitoring the mobile phones of individuals who are under self-isolation, and arresting those who violate the restrictions imposed on their movements. Though Kenya has recent data protection laws on the books, they were written and passed to encourage investment in its tech sector, and as such privacy advocacy groups see holes in the coverage, particularly for anyone accused of a crime.

Informal actors who have chosen or been forced into informality because of insecurity in formal spaces now face new risks of being surveilled and targeted by security apparatus. This is of particular concern for Kenyan-Somalis. The Anti-Terrorism Police Unit, Kenya’s main domestic counterterrorism force, has been accused of ongoing human rights violations in its targeting of Kenyan-Somalis. Currently, the locations under lockdown are home to three of Kenya’s largest Somali populations– Nairobi’s Eastleigh neighbourhood, Mombasa’s Old Town, and the Somali bordertown of Mandera, making residents easy marks for security sweeps.

State violence that profiles Somalis and other groups might take advantage of new surveillance and tracing systems to increase pressure and expand abusive practices. The concern is not a temporary one, because policies made and surveillance systems expanded during crisis can be extended and re-purposed after a crisis has passed.

The inevitably uneven application of new policies will increase opportunities for convergence between legitimate and illegitimate activities in the pursuit of basic security and services.  Michael Johnston, in his book on ‘syndromes’ of corruption, noted that while all corruption is defined by, ‘a common element… that special interests are enriched at public expense’ there are important contrasts in how ‘the prevalence of a particular technique or venue of corruption would seem to be a response to the opportunities and constraints present in a given situation’ (Johnston 2005, 36–59). Kenyans already live with pervasive corruption, the cross-sectoral and cross-societal upheaval that Covid is wreaking on Kenya and the globe will create an unknown number of previously unforeseen opportunities for corruption.

Johnston goes on to characterize relatively intrusive but ineffective states, which captures Kenya’s current pandemic response. He quotes James Scott, that ‘in a setting of weak institutions and significant social change… insecurity encourages rapacious “hand over fist” corruption’ (Scott 1972 quoted in Johnston 2005, 155–85), yet citizens and sufferers of this system have little recourse, with few alternative channels to access the opportunity and security of state power. In new markets for corruption and profit, marginalized populations are doubly vulnerable as they may lack the ability to make claims on formal protections, and the evaporation of the informal economy they rely upon for livelihoods puts them at a disadvantage to compete for access to scarce resources.

The Covid-19 crisis is fast-moving and highly uneven across communities and social groups. There’s no policy formula that will be timely or useful. Instead, the key for policy-making is to be sensitive to local political and socio-economic realities, and especially how policy responses will interact with those realities to compound existing vulnerabilities. Populations who are forced into the informal sector will likely see their current roads to economic, social, and political access barricaded more securely than they have ever been, at the same time as their economic opportunities are shrinking. Kenyans without formal recognition by the state are at risk of being entirely excluded from both access to public entitlements and livelihoods.