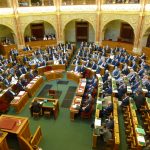 A worrying symptom of the coronavirus is the opportunity it presents for leaders to enact authoritarian policies, threatening already ailing democracies around the world. One leader who has proven to be quite the opportunist is Hungary’s Viktor Orbán and his party, Fidesz. In March, before a herd of mask-clad parliamentarians, Orbán presented the Coronavirus Protection Act, which would grant him indefinite emergency powers. Dutifully, the soon-to-be defunct national assembly voted in favor of the bill.

Orbán’s seizure of power should come as no surprise; it follows a decade of increasingly authoritarian behavior. Since his election following a severe economic recession in 2010, Orbán has paved the way for takeover through the silencing of detractors and manipulation of elections. Large cities, whose voters tend to be more progressive, have been gerrymandered in Fidesz’s favor and party allies fill constitutional court judgeships and election supervisor roles. By 2017, 90% of all media in Hungary was under state control.

Now, empowered by the emergency act, Orbán is doing away with the remaining opposition to his rule. Despite the continual undermining of elections, opposition mayors control 50 of Hungary’s 100 largest cities. To curb the mayors’ influence, municipal governments have seen their powers diminished and budgets slashed by rerouting the money to an emergency fund, which is especially worrisome during a pandemic requiring strong localized responses.

The recent legislation has also provided an avenue for further suppression of free speech.  A provision of the emergency act allows police to arrest anyone who spreads “falsehoods” or “distorted truth” deemed to obstruct the efforts to combat the pandemic. In May, an opposition politician was detained under this statute for social media posts critical of the government’s anti-pandemic measures. Arrests of over 100 critics under the law have since followed.

In addition to targeting critics and opposition leaders, Hungary’s minorities are experiencing increased repression. Recently, Hungary’s parliament voted to end legal recognition for trans people, which violates international human rights norms and went against the case law of both European and Hungarian courts, according to rights groups. Since Orbán assumed power a decade ago, minorities have been cast as unwanted “others” because of the regime’s intertwining of distorted Christian values and Hungarian identity.

Considering that we still have much to learn about the virus and that a vaccine is months away at the earliest, there is ample time for Orbán and authoritarian leaders like him to take advantage of the crisis. The European Union seems unable to prevent Hungary’s authoritarian slide and prominent right-wing figures in the United States have praised Orbán for his views and policies.

Thus far, Hungary’s emergency measures have been the most far-reaching and permanent and for this reason, Orbán has earned our June Employee of the Month award.

Share
Tagged with: Covid-19 • Employee of the month • Hungary