Where we stand and what we are doing POMEPS Studies 40: Reflections on Africa and the Middle East 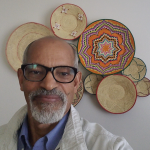 The Cruel Fate of Nationalism and Nationalists in Eritrea

Each country has its own form of nationalism. Eritrea has a unique history of different colonial occupations, vigorous debates over the meaning of the nation, nationalism and self-determination, and a model of “vanguard nationalism” that emerged during the long years of armed struggle, which subsequently degenerated into an introverted autocracy soon after the achievement of independence. This blog post accompanies the WPF Occasional Paper, “Vanguardist Nationalism in Eritrea.”

The Cruel Fate of Nationalism and Nationalists in Eritrea

Eritrean nationalism emerged in earnest in the rejection of Italian colonial occupation, its practices of racial discrimination and exploitation affecting all people who had been brought to live together in what was shaping to become the nation of Eritrea. After the defeat of Italy in World War Two, this direction of this nascent nationalism became vigorously debated while the fate of Eritrea was negotiated at international fora. Eritreans had diverse views on their future: should they be part of Ethiopia? Or a separate and independent nation? Or an entity in some form of federal relationship with Ethiopia? What they had in common was the yearning to exercise the right to determine one’s destiny.

What is best for Eritrea and Eritreans? These questions were all passionately debated for several years through establishment of political parties, within labor union and student movements inside the country, within the Ethiopian Empire, and in the Diaspora near and far, bedevilled with fragmentation, ridden with factionalism and conflict, swayed by external interferences, especially Ethiopia’s, and sometimes, violence; deprived of common direction and lacking continuous strong leadership.

Eritrean nationalists were, in the 1960s and 1970s, in continual debate with Ethiopian revolutionaries. Is Eritrean nationalism a “narrow” nationalism that did not seek a solution within the multi-ethnic, multi-cultural and multi-lingual Ethiopian society? This question was also heatedly debated within the Ethiopian student movement in the universities, especially in Addis Ababa. It was also a key political controversy among the armed Ethiopian liberation movements. For the emerging Eritrean vanguard, whoever did not unconditionally support Eritrea’s claim to nationhood and to self-determination was not taken as a true friend of Eritrea.

Years later, in May 1991, the culmination of the armed struggle and military victory led by the Eritrean People’s Liberation Front (EPLF) settled all that. The EPLF provided organizational framework and discipline, coherent nationalist doctrine, political and military vanguardism to direct and win the war. The 30 years of armed struggle exacted massive sacrifices and gave nationalism a high degree of disciplined expression demonstrated in fervent patriotism.

The culmination of liberation through winning the war was not enough; an internationally observed referendum was held two years later. It gave international legitimacy to the victory by a peaceful and legal expression of the will of the people.

In February 1994, the EPLF convened its Congress and in its National Charter affirmed peace, justice, democracy and prosperity for Eritrea. This was celebrated as a recognition of Eritrean nationalism that came at a very heavy price and dignified the martyrs who were highly revered. A discussion was underway about making Eritrea the Singapore of Africa. Why not?

To put all the above achievements in a binding and predictable agreement between people and government, to insure all the gains achieved through the nationalism struggle, a constitution was crafted that vested sovereign power in the people, a source of legitimacy for any government, and the basis for the promotion and protection of the rights, freedoms and dignity of citizens.  The details of the Constitution were finalized with the participation of the people at different levels of the organization of Eritrean society, inside of Eritrea and in Diaspora. The people also participated in its ratification. This heightened nationalism and created pride – pride in the official birth of a new state and a new arrangement of living together based on the rule of law. Preparations for its implementation began in earnest.

Then our direction changed. Everything was cast aside, including the Constitution and all it promised; one man—President Isseyas Afewerki—became bigger than the State, and its people required to serve his whims.

The National Service, which began as an 18 months program and is legally still so, was originally envisioned as a nation-building exercise that fused men and women of different ethnicities, religions and regions, that fostered a heightened feeling of nationalism, a uniting influence that every young person aspired to undergo with national pride; accepted, supported and even encouraged by the parents as a national responsibility. It turned into an indefinite suffocation, loss of freedom, forfeiture of future and a cannon fodder-in-waiting for the next military adventure of vengeance that would surely ensue a huge loss of lives, limbs and future for an entire generation.

Indefinite National Service drove the youth to leave their country in their thousands, risking on-sight shoot-to-kill while crossing Eritrean borders, joining refugee camps that in some cases are little better than concentration camps and breeding grounds for human trafficking; only to make secondary migration crossing borders, deserts, seas, along the way getting arrested, harassed, raped, drowned in the sea, only to arrive at a final “destination” that put them at the lowest levels of host communities.

But, these young people support those loved once that they left behind, try to make a meaningful life for themselves and yearn to return to their country at the first sight of improvement in personal safety and security of life. Love of the nation continues; nationalism strengthened by hardship. Others who made no sacrifice for the nation; who live in the comfort of western democracies, also demonstrate a version of nationalism by conflating love of a country with support of the status quo regardless of its oppressive practices, incarcerating and disappearing of citizens, keeping hostage of an entire people and country in impoverishment and insecurity, an introvert patriotism expressed in extreme xenophobia.

The peace made between Eritrea and Ethiopia in June 2018, seemed to beckon a new dawn of democracy. The Ethiopian enemy was no longer, it seemed a threat, nor even an enemy. Could this opening allow for the rebirth of Eritrean nationalism, abandoning its official garrison mentality and returning to the ethos of open debate of earlier years? But the promise of political change was again only to be shuttered by mere silence, secrecy and inaction of the President. Where to Eritrean nationalism henceforth?