The Cruel Fate of Nationalism and Nationalists in Eritrea Pan African Solidarities: Insights from Africa and America, a Discussion with Abdul Mohammed 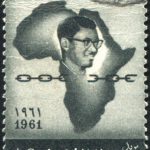 POMEPS Studies 40: Reflections on Africa and the Middle East

This blog is excerpt from the Concluding Reflections of the Project on Middle East Political Science (POMEPS) Studies 40 – Africa and the Middle East: Beyond the Divides.

If ‘Africa’ straddles the vast desert of the Sahara, the Kenyan historian Ali Mazrui once provocatively asked, why should it not also cross the narrow waterway that is the Red Sea? The cultural similarities between the two shores of the Red Sea are such, Mazrui contended, that we should also consider the Arabian Peninsula as part of Africa’s civilization.[1] The authors in this collection are, like Mazrui, predominantly Africanists, and are asking comparably intriguing and expansive questions. Rather than seeking to assimilate one region to another, the essays ask a set of questions that allow us to pose fruitful critique of the traditions of scholarship—and policy paradigms—across both regions.

These concluding reflections are grouped into two sections. First, I will examine areas in which Middle Eastern studies can benefit from African studies, and vice versa, and some of the policy implications that might follow a more productive dialogue. Next, I turn to themes that particularly gain from trans-regional comparative study, including identity issues, political Islam and resistance and revolution.

You can read the full Concluding Reflections by Alex de Waal here.

Photo: “EGYPT – CIRCA 1961: stamp printed by Egypt, shows Patrice Lumumba and map” by rook76 is licensed under CC BY 2.0