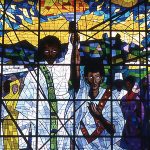 Pan African Solidarities: Insights from Africa and America, a Discussion with Abdul Mohammed

Abdul Mohammed is one of Africa’s leading public intellectuals. He was a student activist in the 1970s. He came to the United States as a refugee and worked on refugee resettlement programs in the U.S. In 1985, he returned to Africa, first to Sudan, and subsequently to Kenya, where he was a pioneering humanitarian activist and founded the NGO InterAfrica Group. In 1991, Abdul returned to his native Ethiopia where he has lived ever since, active as a civil society leader. He was the UNICEF representative to the African Union, and worked for the UN in Sudan.  In Ethiopia, the Horn of Africa and across the continent, Abdul has engaged in a range of initiatives on agendas of humanitarian action, opening up Africa’s politics for more inclusive, democratic participation, and building an African system for peace and security. For the last ten years Abdul has been chief of staff and senior political advisor to the African Union High-Level Implementation Panel for Sudan and South Sudan, and the Horn of Africa.

2 Responses to Pan African Solidarities: Insights from Africa and America, a Discussion with Abdul Mohammed