December 2020 Employee of the Month: Nigeria’s Special Anti-Robbery Squad (SARS) Food as a Weapon of War and the Nobel Peace Prize for the World Food Program: Calling out the Culprits 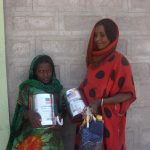 By World Peace Foundation On December 4, 2020

This article, originally published by African Arguments on December 4, 2020, was written by Mesfin Hagos (founding member of the Eritrean People’s Liberation Front (EPLF) in the 1970s who served as Minister of Defense in the 1990s), who is the most authoritative voice on Eritrean military affairs. In it, he reveals the extent of Eritrean involvement in the Ethiopian war.

In an address to his country’s parliament on November 30, 2020, Ethiopia’s Prime Minister confirmed Eritrean support to his ongoing war against the Tigray People’s Liberation Front (TPLF), the regional government of the northern regional state of Tigray. Prime Minister Abiy told parliamentarians that Ethiopian soldiers who survived TPLF attack on the night of November 3 were ordered to withdraw into Eritrea where they were provided shelter and the space and provisions to recuperate. He flew there with three of his generals to reorganize the troops for a counterattack on Tigray – from Eritrea.

What Prime Minister Abiy did not tell his audience was the fact that, according to sources in the Eritrean capital, Asmara, in the run up to the current conflict, a large number of Ethiopian elite units had slowly trickled into Eritrea as part of a security pact between Abiy and Eritrean president Isaias Afwerki. Hidden from public view at an ad hoc base in Gherghera, in the outskirts of Asmara, these units were expected to be the hammer and the Northern Command the anvil to strike out of existence the TPLF. TPLF preempted this scheme in what it called “anticipatory defense”, which forced both Abiy and Isaias to improvise leading to the eruption of conflict.

Abiy did not disclose to the Ethiopian public and international community that even more federal troops were airlifted into Eritrea following the outbreak of conflict on November 4. In the 48 hours before TPLF’s bombing of Asmara on November 14, local sources counted close to 30 military airplanes flying in thousands of soldiers from Ethiopia. Subsequent flights transported more soldiers into the Eritrean seaports of Massawa and Asseb.

The Prime Minister also hid from the world the Eritrean military’s direct involvement in combat along the entire border that Eritrea shares with Tigray regional state as well as inside Tigray. The following information is pieced together from three different sources: first, reliable sources inside the Eritrean Ministry of Defense; second, Eritrean opposition intelligence sources in Sudan and Ethiopia; and finally, anecdotal pieces communicated from friends and relatives, including some academic researchers.

When the reorganized and reinforced Ethiopian troops launched a series of offensives into Tigray from Eritrea along four frontlines, Eritrean support units provided intelligence and logistics, their heavy weapons gave cover to advancing federal troops, and eventually took active part in combat. Reliable sources have confirmed injury and death of a large number of Eritrean soldiers, including senior officers, fighting deep inside Ethiopia.

Through Zalambesa alone, the Eritrean President sent in the 42nd and 49th mechanized divisions and the 11th, 17th, 19th and 27th infantry divisions. On reaching Edaga-Hamus, south of Adigrat and north of Mekelle, these divisions were reinforced with an additional five Eritrean divisions, including the 2nd brigade of the 525th commando division. He also unleashed the 26th, 28th, and 53rd infantry and 46th and 48th mechanized divisions on the Adwa front along with only one division of the Ethiopian federal army. In addition, the TPLF claims that Eritrean technical and combat units also took active part in the Alamata front, southeast of Mekelle. The same TPLF sources also claim that they have Eritrean prisoners of war although they are yet to present them to the public – live or in recordings.

Although Eritrean army divisions have been shrinking in size in the past twenty years and their individual capacities are shriveled, put together they are a formidable force. Their combined technical knowhow (intelligence and weaponry) as well as tactics and strategy expertise and experience can deliver blistering firepower against any adversary.

Either approving of or oblivious to President Isaias’ role in the planning, initiation and execution of the ongoing Ethiopian civil war, the international community commended his uncharacteristic silence in the fact of repeated TPLF rocket attacks on Eritrean towns. Abiy Ahmed’s complete media and communication blackout ensured that Eritrea’s intervention remained above scrutiny and censure.

Beside the Eritrean President’s delusions of grandeur and parallel desire to appear as the regional strongman in the Horn of Africa and beyond, one has to look at the past two decades to understand his vindictiveness. During the 1998–2000 conflict against TPLF-led Ethiopia, Isaias Afwerki refused to listen to our colleagues’ warnings against going to war; and, when he did, he refused to listen to common sense and practical advice from former army and intelligence chiefs, each of whom had had far more combat leadership experience than himself – although he had overall command as the leader of the movement and government. As a result, he badly mismanaged the war and lost terribly, with grave consequences for Eritrea and Eritreans. Stubborn as he is, he dug in and stayed the course of regional confrontation for the subsequent twenty years that cost him dearly.

President Isaias ruthlessly held on to power and kept Eritrea on a war footing, frustrating any prospect of recovery or normalcy. With every year that went by, his significance diminished and his legacy tarnished. He blamed the TPLF for all this and did everything in his power to make them pay for it. He saw his own vindication in TPLF’s demise and every case of TPLF domestic repression and external belligerence was an opportunity for him until Abiy came to power and outdid Isaias in that task. The unlikely bond between the dashing new Prime Minister and the aging President is a marriage of convenience that centered around the singular goal of liquidating the TPLF. I will spare the details of what followed and led to November 4, but the writing was on the wall: a conflict was inevitable.

Caught in a jam – desperation of Eritrean refugees in Tigray

In the past two decades of President Isaias’s unbridled repression, some half million Eritrean youth, elderly and unaccompanied minors fled their country. In the context of the conflict between the two countries, Ethiopia readily accepted those fleeing Eritrea and, with the help of the United Nations High Commission for Refugees (UNHCR), housed them in some six refugee camps in Tigray and Afar regional states. As a sign of what was to come, in January 2020 Abiy Ahmed’s government changed its policy toward Eritrean refugees at the behest of the Eritrean President: newly arrived Eritreans were no longer granted automatic protection as refugees, although the Tigray regional government continued to accept them and let them stay unmolested.

When the current conflict broke out, there were close to 100,000 officially registered refugees in the four camps in Tigray alone and many thousands more in Tigrayan towns. While the refugees in the Afar region of Ethiopia have all along been in precarious conditions, those in Tigray were suddenly caught in the crossfire when the conflict broke out. It was first rumored that several refugees were either killed or wounded in the fighting close to their camps around the town of Shire. The fact that UNHCR personnel were ordered to leave Tigray and employees of Ethiopian federal government’s Agency for Refugee & Returnee Affairs (ARRA) simply did not show up left the camps unattended to. The total communications blackout made it impossible to find out what exactly was going on in the camps. But as the war dragged on, we are able to piece together the grave danger that the refugees are facing.

To begin with, all the camps have now run out of the measly supplies of basic necessities that they were left with. Sources have also reported that the Eritrean military entered some of those camps and marched an unknown number of refugees out of camp at gun point. The Shimelba refugee camp is even reported to be under the control of the Eritrean military that is preparing to send a large number of them back to Eritrea. The UN High Commissioner for Refugees, Filippo Grandi, said on November 29 that he was very concerned about the fate of the Eritrean refugees in the war zone amid reports that some have been abducted by the Asmara government, a regime that has absolutely no regard for international norms or opinion.

The Ethiopian government is duty bound under international law to protect refugees. It is the duty of the international community to ensure that the Ethiopian government, as the host state, abides by its international obligations in this regard. A clear, timely and unambiguous message must be conveyed to Prime Minister Abiy Ahmed about the dire consequences of not living up to its legal responsibility towards the refugees and asylum seekers. This cannot be achieved in isolation of the quest for a peaceful resolution to the conflict. And peaceful resolution of the Ethiopian conflict is unlikely to happen so long as President Isaias Afwerki is determined to wreck vengeance on the TPLF, and as long as Prime Minister Abiy Ahmed entreats him to do so and actively entertains his regional ambitions. The international community has to tell President Isaias in no uncertain terms that continued intervention in internal Ethiopian affairs bears grave, direct consequences.