Five Reasons why the UN Security Council needs to deal with the humanitarian crisis in Ethiopia Who Will Call Out Eritrea’s War Crimes in Tigray? 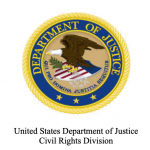 Cruel and Unusual Punishment in Massachusetts

After a two-year investigation, on November 20, 2020, the Department of Justice (DOJ) issued notice that there is reasonable cause to believe that conditions in the Massachusetts Department of Corrections violate the civil rights of incarcerated people under the 8th Amendment of the US Constitution, which prohibits cruel and unusual punishment. They found constitutional violations of the rights of incarcerated people in mental health crisis, which occurred pursuant to a pattern or practice of resistance to the full enjoyment of constitutional protections. This briefing, by WPF, Black and Pink Massachusetts, and the Massachusetts Against Solitary Confinement Coalition, summarizes the DOJ report and presents recommendations for change.

People suffering a mental health crisis, including acts of self-harm and suicidal ideation, while under the Commonwealth’s supervision in prisons receive treatment that violates their Constitutional rights. There were three overarching conclusions:

The problem is significant: The DOC is abusing people living with serious mental illness which composes 24% of the prison population (p. 3).

What is a mental health watch?: a mental health status used for incarcerated people “whose behavior is deemed concerning enough to warrant some level of increased observation because the prisoner (1) is actively suicidal, (2) expresses suicidal ideation, or (3) acts in a manner that indicates the potential for self- injury” (p. 3).

Mental illness is not treated in prison; it is punished and worsened: Evidence demonstrates that self-harm increases in mental health watch cells. DOC “does not meaningfully increase therapeutic interventions,” resulting in prolonged crises (p. 4). In a 13-month period, 688 self-harm incidents occurred in these units, 103 of which required hospitalization (pg. 4).

The DOC fails to meet its own standards: DOC subjects people in mental health crisis to long periods of isolation in mental health watch, often longer than 96 hours and in violation of their own guidance. At least one person was held for: 180 consecutive days in half the prisons investigated; 90 days or longer in all but one prison; and for 30 days or longer in every prison.

The DOJ report indicated a series of minimum remedial measures, including how to improve:

All of these changes should be implemented with haste. Lives are at risk. Especially now with so many people in prisons held in increasingly restrictive conditions because of COVID-19, mental health issues are becoming more acute.

Massachusetts can do better than “minimum” measures. The below policy recommendations were developed by survivors of incarceration and community organizations.

Lives are at risk and people have died because of failures of mental health treatment in prison. Samples of people whose stories are told in the DOJ report:

On December 16, 201 9, while on 1:1 mental health watch, DD cut his neck with a razor for the second time on the same day in the same area. MDOC staff told us that DD is talented at releasing large amounts of blood from his body before staff realize that he has self-injured; however, DD told us that correctional officers observe him “bloodletting” and do not care, making callous remarks such as, “not good enough,” intimating that he needs to engage in more serious self- harm before they will call for medical attention (pg. 8).

On July 10, 2019, CC, housed at Souza-Baranowski Correctional Center, cut himself so badly that blood can be seen pooling on his cell floor in the video obtained by the Department… He slumps back against the wall, and is cuffed through the slot in the cell door. Staff do not intervene to take CC out of his cell until 2:37 a.m., approximately 45 minutes after an officer became aware of the cutting (pgs. 6 -7).

On October 29, 2019, SS, a gay man who had issues with incontinence because of prostate cancer, died by suicide after hanging himself in his Restrictive Housing Unit cell at MCI- Shirley… According to the medical records, a clinician performed a security referred crisis call at that evening and from the cell door reported that SS appeared stable and stated that he was fine. The next morning, SS was found unresponsive with a ligature around his neck. There is no evidence in the records that clinicians addressed his loss of a parole opportunity or the tormenting of prisoners and officers who targeted him for being gay and needing to wear diapers prior to his release from mental health watch. Further, there is no evidence that an adequate step-down process was implemented

One Response to Cruel and Unusual Punishment in Massachusetts