In Memoriam: Seyoum Mesfin, Ethiopian Peacemaker and Patriot Interview with Michael Cox: Solidarity is the bedrock of advancing LGBTQ rights in prison 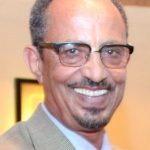 “They Have Destroyed Tigray, Literally”: Mulugeta Gebrehiwot speaks from the mountains of Tigray

This a special podcast from World Peace Foundation on the war in Tigray, Ethiopia. It is a recording of a phone call from somewhere in rural Tigray on January 27, in which Mulugeta Gebrehiwot Berhe, a former WPF Senior Fellow, spoke with Alex de Waal.

Mulugeta was a member of the TPLF during the guerrilla war from 1975 to 1991, and served in several senior positions in the EPRDF government from 1991 to 2000. Subsequently he founded the Institute for Peace and Security Studies at Addis Ababa University, and among other things initiated the Tana High Level Forum on peace and security in Africa. Mulugeta is the author of Laying the Past to Rest: The EPRDF and the Challenges of Ethiopian State-building and co-author of a recent paper “Nationalism and Self-Determination in Contemporary Ethiopia,” reviewed recently on this blog.

Mulugeta was in Mekelle in November when the war broke out. He evacuated from the city to the mountains. This is the first time we have heard directly from him.

You know, the result became—they have destroyed Tigray, literally, all of them, EPLF, the Eritrean forces and the Ethiopian forces.

Because the quality of the recording is poor, we are also providing a transcript.

We reproduce the call exactly as it was without additional commentary.

The recording begins with Mulugeta explaining that the Tigrayan Defense Forces were unprepared for the onslaught, and yet managed to inflict a lot of damage on much larger forces.

Listen to the Interview

Mulugeta Gebrehiwot was a Senior Fellow at World Peace Foundation and former Program Director of the WPF African security sector and peace operations program where he led the project on Peace Missions in Africa.