Is Democracy Retreating in West Africa? Viewpoint: From Ethiopia’s Tigray region to Yemen, the dilemma of declaring a famine 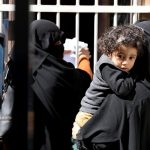 Hunger deaths aren’t simply about famine or no famine

‘Focus on loss of life – and urgently trying to prevent it – rather than whether a famine has been declared.’

This article was originally published on The New Humanitarian on February 3, 2021.

The “f-word” has been on the tongues of leading humanitarians a lot lately, with famine found “likely” to be occurring in one area of South Sudan, and – despite a lot of warnings from the United Nations – no famine found thus far in Yemen.

To designate a famine, specific thresholds of hunger, malnutrition, and mortality must be surpassed. But establishing this can be hard. In places that are difficult to access because of conflict, figures are frequently incomplete and some may be out of date. In South Sudan and Yemen, mortality numbers are often missing because authorities have not permitted country-wide data collection.

Journalists, humanitarians, and politicians often portray acute food insecurity crises as a dichotomy between famine and no famine, especially if they are keen either to draw attention to a crisis or to downplay it.

IPC Phases should not be viewed in isolation. They should be considered alongside two often overlooked factors: the magnitude of a hunger problem (how many people are in the various Phases in a particular setting), and the duration (how long they have been in it).

Here’s just one current example of why magnitude matters.

The population likely to be experiencing famine in South Sudan is relatively small – around 180,000 people in Pibor County, although that number is not exact. This overshadows a far larger problem: The number of people classified as being in IPC Phases 3 (crisis) and 4 (emergency) is 5.8 million in all of South Sudan, and 16.2 million in Yemen.

Analysis of previous famines has shown that IPC Phases aren’t mere steps towards a cliff edge of abyss. They are themselves associated with increasing levels of excess mortality. Even a small increase in the death rate as the result of a crisis can result in huge differences in the total loss of life when 16 million people are in the crises or emergency Phases.

As for duration, the death toll is only compounded the longer a crisis goes on.

In both South Sudan and Yemen, millions of people have been in crisis or worse IPC Phases for a very long time. In South Sudan, there has been violence – civil war and more localised conflicts – since 2013. And Yemen has been in an internationalised civil war since 2015.

Look at the evidence

We know from past famines that loss of human life can be heavy in crises that do not reach the severity of “famine”.

In 2017, a famine was declared in South Sudan’s Unity State, but the actual loss of human life from that famine – which occurred in a relatively confined population and over the course of just three months – turned out to be about one percent of the total deaths in the first four years of the country’s civil war, from early 2014 to early 2018. It is estimated that about half of these deaths were from hunger-related causes.

Even in Somalia in 2010-2012 – without doubt the most severe famine of the 21st century – nearly half of all the loss of life from hunger and related causes took place either before IPC famine thresholds were reached, or in areas outside those declared to be in famine.

Nobody knows the actual death tolls in South Sudan or Yemen. But we believe it’s quite possible that future demographers and nutritionists will conclude that hundreds of thousands of people died from hunger and related causes in these countries, and that almost all died in places where there was never an official designation of famine.

In both countries, it might get worse still: Despite the fact that the main parties in South Sudan’s war appeared to be coming to terms over the past few years, fighting continues in several parts of the country, most worryingly in Jonglei State. And in Yemen, which has seen nearly six years of war, late last month the US government designated Ansar Allah (known as the Houthis), as a terrorist organisation. Aid groups warn that if this move is not rolled back by the new administration, it could curtail aid and commercial imports to the northern parts of the country the group controls, leading to a potentially tragic outcome.

“It’s quite possible that future demographers and nutritionists will conclude that hundreds of thousands of people died from hunger in Yemen and South Sudan… and that almost all died in places where there was never an official designation of famine.”

Yet denial of the facts surrounding hunger and famine continues.

Late last year, the IPC’s Famine Review Committee (a body several of us sit on) found evidence of famine in South Sudan. The information wasn’t complete enough for a full declaration – hence the “famine likely” status it gave for Pibor County.

The word “famine” causes alarm. It holds emotive power due to the extreme loss of human life it implies. But just as it’s a dangerous misconception to believe people aren’t dying from hunger and malnutrition-related causes until an actual famine is occurring, a famine must be accepted as such when it is declared.

It shouldn’t, however, become a distraction. Humanitarians, donors, and governments responsible for the well-being of their own people should be focused on loss of life – and urgently trying to prevent it – rather than whether the word “famine” has been invoked.

Executive Director of the World Peace Foundation, research professor at Tufts University, and author of “Mass Starvation: The History and Future of Famine”

Professor of epidemiology and international health at the London School of Hygiene & Tropical Medicine, expert on famine mortality