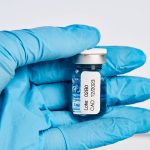 Since the first COVID-19 vaccines were made available, Israel has received worldwide praise for the efficacy of its vaccine rollout. It is currently the country with the highest percentage of population having received at least the first dose of a vaccine, over 36 percent. While Israel’s rollout is undeniably the fastest, thanks to a special deal it cut with Pfizer, it is also the world’s most discriminatory.  Israel leads the world in terms of number of doses per citizen, but what celebratory accounts fail to mention is the fact that Israel is also denying vaccines to 4.5 million Palestinians living in a territory it occupies. In the latest form of Palestinian erasure, Israeli Prime Minister Netanyahu declared on January 7 that “we will vaccinate the entire relevant population and everyone who wants to will be able to be vaccinated” [emphasis added].

Israel has been the occupying power of the occupied Palestinian territory, composed of the Gaza Strip and the West Bank, since 1967. Under international law, therefore, the state is legally responsible for providing COVID-19 vaccines not only to its own citizens, but also to the 4.5 million Palestinians living in this occupied territory. Article 56 of the Fourth Geneva Convention, which sets the rules of occupation, establishes that Israel has the duty of ensuring and maintaining “the medical and hospital establishments and services, public health and hygiene in the occupied territory, with particular reference to the adoption and application of the prophylactic and preventive measures necessary to combat the spread of contagious diseases and epidemics.” Moreover, if the protected population is not adequately supplied, the occupying power is required to facilitate relief schemes “by all means at its disposal.” Even if third parties provide medical supplies to the occupied territory, Article 60 states that such consignments “shall in no way relieve the occupying power of any of its responsibilities” for healthcare to the protected population.

So how has Israel justified excluding Palestinians in the occupied territory from its vaccine rollout plans? The main argument relies on an understanding that the Oslo Peace Accords, signed between Israel and the Palestine Liberation Organization in the 1990s, transfer the legal responsibility to provide vaccines to the Palestinian Authority. However, international law states that no agreement between two parties will forfeit the rights of the protected population under international humanitarian law. Because both the West Bank and the Gaza Strip are recognized as occupied territory by the vast majority of countries in the world, as well as by the United Nations, Israel has the same legal obligation to provide vaccines to the 4.5 million Palestinians in this territory as it does to its own citizens.

The refusal to vaccinate Palestinians in the occupied territory also cannot be justified on a territorial basis, since Israeli settlers living in the West Bank – 10 percent of the Jewish Israeli population – have been included in the vaccination campaign. Neither is the refusal based on preferential treatment for Israeli citizens, since Israel is also vaccinating foreign diplomats and journalists, among other foreign workers in the country. While a 45-year-old English correspondent for the BBC in Jerusalem is included in Israel’s vaccine rollout, a 70-year-old Palestinian living just a couple miles away in occupied territory is not.

This overt exclusion of more than 4.5 million Palestinians from the world’s fastest vaccine rollout has resulted in a number of intellectuals and experts calling Israel’s policy “vaccine apartheid.” This narrative has been making some progress in mainstream media, but has been largely overshadowed by the ongoing positive reporting about Israel’s vaccination campaign.

Israel’s vaccine decisions are no surprise to Palestinians, who have been at the receiving end of similar policies for decades. But their exposure highlights a growing willingness to clarify the nature of the state’s discriminatory policies. In the most notable example, B’Tselem, one of the largest Israeli human rights organization, released a report on January 12 declaring that both Israel and the occupied Palestinian territory under its control are “organized under a single principle: advancing and cementing the supremacy of one group – Jews – over another – Palestinians” and that this qualifies Israel as an apartheid regime. For its vaccine apartheid on the ground, and its continued policies of discrimination and dispossession during a devastating pandemic, the February “employee of the month” award goes to Israel.

Share
Tagged with: Covid-19 • Employee of the month • Israel