Ethiopia: A Test Case for UN Security Council Action Under Resolution 2417 ﻿﻿Ethiopia: No Longer the Land of Famine? 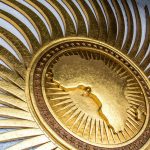 Ethiopia’s Prime Minister, Abiy Ahmed, who has so far resisted offers of mediation in the war in Tigray and entreaties to investigate growing allegations of war crimes and crimes against humanity associated with it, pulled a surprise when he addressed the Peace and Security Council (PSC) of the African Union (AU) on 10 March, 2021. Under an agenda item that was supposed to be off-record, the Prime Minister delivered to the PSC a lengthy statement in which he assailed “those that cultivate divisions amongst us as Africans… to assert hegemony”; appeared willing to characterize the conflict as an “African problem” requiring “African solutions”, and, on the allegations of atrocities in the conflict, offered to “openly engage with the African Commission on Human and Peoples’ Rights in undertaking investigations jointly with the Ethiopian Human Rights Commission.”

The Prime Minister issued his PSC statement against the background of a rising wave of bilateral, multilateral and non-governmental advocacy for an independent, international investigation into allegations of atrocities in the war.

The Prime Minister issued his PSC statement against the background of a rising wave of bilateral, multilateral and non-governmental advocacy for an independent, international investigation into allegations of atrocities in the war. Since the beginning of March, the United Nations High Commissioner for Human Rights, the European Union, and the United States of America respectively have, with increasing vigour, called for an independent international investigation into these allegations. Leading non-governmental organizations, such as Amnesty International, have joined in this advocacy. Faced with this barrage, it appears that Prime Minister Abiy’s offer is intended to deploy a putative investigation by the continental human rights institution as a shield or dam against more forceful international demands.

Despite Abiy’s transparent motives, the AU and the United Nations (UN) systems should accept his offer promptly. Prior to the establishment of the AU, the Council of Ministers of the now defunct Organization of African Unity (OAU) at the same Summit in Ougadaougou in 1998 where they established the African Court on Human and Peoples’ Rights, also decided to constitute a “Panel of Eminent Personalities to Investigate the Genocide in Rwanda.” Failure to vigorously uptake the prime minister’s offer at this time could leave the AU looking like it has learnt very little from that experience.

Three Options for an Investigation

There are broadly three options by which such an investigation could take place within the African Union system. One is by the continental human rights organ of the African Commission acting within the African Charter on Human and Peoples’ Rights. This is essentially what happened in Darfur. Scarred by its failures in the Rwanda Genocide over a quarter of a century ago, the African Commission has since compiled a largely competent record of investigations into atrocity crimes in African conflicts. Article 58 of the African Charter on Human and Peoples’ Rights, which establishes the Commission, authorizes it, with consent of the Assembly of Heads of State and Government of the African Union or, in an emergency, with the consent of the Chairperson of the Assembly, to investigate any situation of “serious or massive violations of human rights” on the continent and “make a factual report accompanied by its findings and recommendations.” Among over 75 missions so far deployed by it, the Commission has investigated such situations as Zimbabwe in 2002; Darfur, Western Sudan in 2004; and Mali in 2013.

Darfur was the first major situation of active mass atrocities as such investigated by the African Commission. The earlier investigation into Zimbabwe in 2002 was a preventive mission to address the retrenchment of Zimbabwe’s institutions. With consent of the African Union and the Government of Sudan and collaboration from the United Nations, the African Commission deployed a high-level mission to investigate allegations of atrocity crimes in the region in July 2004. In its report issued in September 2004, the Commission found that “the attacks on the civilian population are war crimes and crimes against humanity”, and recommended that the Government of Sudan “should accept the setting up of an International Commission of Enquiry, which would include international experts from the United Nations, African Union, Arab States, international humanitarian and human rights organisations.” Along with the determination by the U.S. that acts of genocide may have been perpetrated, this prepared the ground for the adoption of the United Nations Security Council resolution 1564 of 2004 establishing the International Commission of Inquiry on Darfur, on the basis of whose report the Council adopted Resolution 1593 of 2005 referring the situation in Darfur to the International Criminal Court.

The second option is under the authorization of the PSC as happened with the investigation into Mali in 2013. Article 19 of the Peace and Security Council Protocol requires the PSC to “seek close co-operation” with the African Commission. Unlike the investigation into Darfur, the Commission’s mission to Mali was initiated by the PSC itself under a decision on 14 July 2012, which requested the Commission to “to investigate the human rights situation in northern Mali, including the atrocities committed against the Malian military and their families in Aguel’hoc, in January 2012, and to submit a comprehensive report with concrete recommendations on the way forward.” Four days after this decision, the Government of Mali referred the situation in the country to the International Criminal Court, precluding the Commission from having the same dramatic impact as it did with its report on Darfur. The report nevertheless contributed to a road map for the political de-escalation and internal accountability efforts subsequently undertaken by the country.

Saving Ethiopia from the scourge of war

None of these options were perfect at the time they were deployed but, by grasping a moment, they provided space to optimize limited opportunities. This is what the offer by Ethiopia’s Prime Minister provides. For it to work as anything other than the shield that he probably intends, safeguards will be needed.

First, an investigation should be authorized by the PSC at the level of the Heads of State and Government. For this to happen, the conflict in Tigray needs now to be on the agenda of the PSC. This is effectively what Prime Minister Abiy did when he publicized by himself a statement which, made as it was under “Any Other Business”, was not supposed to be for the record. In disclosing the statement, he effectively put the situation on the agenda of the PSC for the first time. The PSC at its highest level must now proceed to consider and decide to grant the Prime Minister his wish. It must, however, be understood that the PSC lacks powers to guarantee that he will get his desire. Ethiopia is a member of the PSC and an Ethiopian national currently chairs the African Commission on Human and Peoples’ Rights. Under the existing rules and practice of both bodies, both Ethiopia and the current Chairperson of the Commission will be required to recuse themselves from the respective deliberations of the PSC and the African Commission on any investigation.

Second, any investigation, which should be led by the African Commission on Human and Peoples’ Rights, should also be conducted in collaboration with the Office of the United Nations High Commissioner for Human Rights.

Third, the terms of reference should be sufficiently adaptable to enable the investigation to identify perpetrators wherever possible, whether domestic or foreign — sovereign, individual or social group.

Fourth, the terms of any decision to refer the situation in Tigray for investigation by the African Commission should require all belligerents in the Tigray conflict, including Government of Ethiopia, Tigray Peoples Liberation Front (TPLF), and the State of Eritrea to guarantee co-operation by all of their officials and forces, guarantee access to any locations under their control for the purposes of the investigation, and guarantee the security of witnesses.

Above all, making this possible will require commitment of ample diplomatic muscle beyond the wherewithal of the African Union and its member States.

Emperor Haile Selassie famously spoke at the League of Nations in 1936 to call attention both to aggression against his country and war crimes committed against his people, warning of the dire consequences for the world if international laws were not to be upheld.  Nine years later, Ethiopia was the leading country in Africa present when the United Nations Charter committed its members in 1945 to “save succeeding generations from the scourge of war.” At the turn of the millennium, Ethiopia championed the principle of “non-indifference” to international crimes and, in signing the Constitutive Act of the African Union, recognized this as a guiding principle in its domestic, continental and international policy. Today, international co-operation will be needed to leverage Ethiopia and its partner, Eritrea, into the recognition that their continuing “contempt for human rights” – to reprise the words of the Universal Declaration of Human Rights – and the accompanying “barbarous acts which have outraged the conscience of mankind” have no place in the 21st century.