﻿﻿Ethiopia: No Longer the Land of Famine? End the Battlefield Slaughter in Tigray 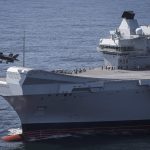 This week, the British Government published its long-awaited integrated review of security, defence, development and foreign policy.  It’s entitled ‘Global Britain in a Competitive Age.’ In tune with Prime Minister Boris Johnson’s fondness for sporting metaphors—being ‘match fit’ and able to ‘punch above our weight’—the Review sees competition as a straightforward fact of life.

And indeed the heart of Britain’s post-European Union policy towards the rest of the world is heavy on posturing and theatrics, but to adapt the line spoken by Shakespeare’s Macbeth, ‘a tale of sound and fury, signifying an intellectual incapacity to deal with diminished status.’ In a calmly devastating review of the plans for military technology, Peter Roberts of Royal United Services Institute describes it as two big gambles, on the assumption that there won’t be a war for ten years (until the new structure and apparatus are put in place) and that afterwards Britain’s future adversaries will be considerate enough to conform to how the UK wants to fight wars. He says of the Integrated Review, ‘it suits the adversary down to the ground … it is going to worry our allies more than it worries our enemies.’

Building aircraft carriers is another vanity project that has so distorted naval spending that the rest of the Royal Navy is little more than a support flotilla for these overpriced flagships.

There’s an old quip about British defense reviews: the first part says the world faces all sorts of new threats for which we need flexible new strategies. And the second part concludes that the budget should be spent on all that massively expensive hardware ordered back in 1986.

Let me focus on two of those headline items.

First, most shocking, is the new posture on nuclear weapons. It is dangerous. After the Cold War, Britain began to reduce its stockpile of nuclear weapons, thereby showing a commitment to multilateral nuclear non-proliferation. This was formalized in the 1998 defense review. Until recently the policy was to cap the stockpile at 225 warheads with the goal of reducing the number to 180. Now the cap is 260, and the current cap of 120 warheads operational at any one time has been lifted. Britain won’t reveal how many of these weapons are operational, nor how many are deployed on its submarines.

The stated logic is a minimum assured credible deterrent. It goes like this. Not knowing whether the UK has 120 or 130 operational warheads will make an enemy think again before using a weapon of mass destruction. Britain will be better placed to respond after a first round of nuclear war by firing its remaining nuclear missiles at the enemy. Just which enemy it might be, of course, can’t be disclosed. And why they might subscribe to the same deterrence logic as the 1950s Cold War can’t be disclosed either.

In the meantime, as Tom Plant and Matthew Harries of RUSI explain, it’s a costly posturing—both in terms of money spent and diplomatic capital expended. Britain is moving away from a nuclear policy framed by multilateral disarmament. Among other things, it’s a new stance that will give political ammunition to Iran. But, its proponents insist, it signals resolve—the kind that might have impressed Donald Trump.

The first problem with signaling determination to use the ultimate weapon is that it’s only meaningful if Britain has the military capability to act in response to lower threats without having to escalate to the nuclear option. Unfortunately for Britain’s Ministry of Defence, its increased budget isn’t going to those more conventional capabilities, the types that have routinely been used in places from Afghanistan to Sierra Leone over the last 25 years. It’s going on the high status items.

Another problem is that the British nuclear deterrent isn’t exactly independent, as the missiles are going to be manufactured in the U.S. As an expression of sovereignty it doesn’t signify much.

The second highlight of the Integrated Review is a shift from focusing on Europe and the Middle East to the Indo-Pacific region and especially China—a ‘systemic competitor’. To show that it is ‘match fit’, Britain will send its big new aircraft carrier, HMS Queen Elizabeth, halfway around the world to the South China Sea.

Building aircraft carriers is another vanity project that has so distorted naval spending that the rest of the Royal Navy is little more than a support flotilla for these overpriced flagships. To the Chinese and Russians, they would be nice targets in the event of a shooting war. In fact their military utility could only be as a support to U.S. Navy operations. Also, the planes that take off from their flightdecks are F-35s, which are made 10-15% in the UK and 85-90% in the U.S.—a ratio that tells us much about the British government’s celebration of its sovereign independence.

The route to the Indian Ocean passes through the Suez Canal, so that UK Strike Carrier Group 2021 and its flagship will sail past shores where ethical foreign policy has evaporated. The Integrated Review’s approach to the Middle East was excoriated by Patrick Wintour, diplomatic editor of The Guardian:

“For all the talk of being a force for good, the review takes the reader on a lightning trip round the Gulf states, spotlighting the trade opportunities, but without once mentioning the squalid state of human rights in the region. It’s as if Jamal Khashoggi is still filing for the Washington Post, and Princess Latifa not trapped in Dubai.”

Not mentioning human rights isn’t an oversight. Foreign Secretary Dominic Raab has told the staff of the Foreign, Commonwealth and Development Office that ‘I squarely believe we ought to be trading liberally around the world. If we restrict it to countries with ECHR [European Convention on Human Rights]-level standards of human rights, we’re not going to do many trade deals with the growth markets of the future.’ The government objects to a proposal by the House of Lords that any bilateral trade agreements with a state that is committing genocide should be revoked. Rhetoric about Britain being a ‘force for good’ is just, well, rhetoric.

HMS Queen Elizabeth and its F-35s will sail within sight of the coast of Yemen, where British emergency aid was recently cut in half. Either this cut happened when the Review was at the printers or it isn’t relevant to Britain ‘punching above its weight.’ Pages 46-47 of the Review in which the Government lauds its aid program read as a bad joke. While Britain’s European ‘competitors’ maintain their development partnerships, the UK is abandoning them.

The chairperson of the UK House of Commons International Development Committee, Sarah Champion MP, described the policy as ‘laden with contradictions’. She  wrote: ‘With little more than a passing mention of development, the Integrated Review has done little to alleviate fears that this is the beginning of the end for the UK’s development superpower status.’

Similarly, in lauding British research, education and the BBC, the Integrated Review might have been written in an era before Brexit and the current round of savage and precipitous cuts to all those sectors. Soft power is for softies, it seems.

On the African shore of the Red Sea lie Ethiopia and Eritrea, whose governments are waging a murderous war against the people of Tigray which is unravelling the peace and security order in northeast Africa. On page 20, the Review promises ‘political approaches to conflict resolution, harnessing the full range of government capabilities, with clearly-defined political goals and theories of change.’ Well and good—but it’s not evident told how UK Strike Carrier Group 2021 fits into the integrated response to today’s crisis in Tigray.

In the Gulf of Aden, the flotilla will sail through waters once plagued by pirates. No longer: those sea lanes are now safe. There was a security crisis and it was solved. In fact, one of the Royal Navy’s most successful recent missions was leading Operation Atalanta, a multinational effort in the western Indian Ocean that brought the scourge of modern piracy in those seas to an end. The Integrated Review doesn’t mention, of course, that Operation Atalanta was organized by the European Union and as Brexit approached, command and control were handed over from Britain to Spain. On the handover day in March 2019, the British commander spoke:

“It is honestly a sad day for the UK …but it is an exciting day for Spain,” [Major General Charlie] Strickland said during the ceremony.  “Atalanta is so much more than ships in the Indian Ocean and aircrafts in the skies. Atalanta is a sophisticated multilayered operation using hard and soft power to continue to suppress piracy and to take a powerful role in the broader security architecture of this key region of the world.”

And why the flotilla’s destination, other than to offer a snub to Europe by appearing to say, Britain doesn’t need its neighbors? As soon as HMS Queen Elizabeth passes Singapore, the question arises: is it there to intimidate China? Or to encourage China to trade more with Britain? The British government doesn’t want China’s potentially genocidal acts against the Uighurs to impede its commerce. What combination of competition and dependence is Britain’s policy towards China?

UK Strike Carrier Group 2021’s aimless wanderings are pitiful and wasteful: gunboat diplomacy by empty gesture. The new nuclear policy is downright dangerous. In the ethical stakes, Johnson and Raab are also-rans. Global Britain in a Competitive Age is the World Peace Foundation’s chosen threat to world peace for March 2021.