Switch Tigray’s Internet Back On May 2021 Employee of the Month: Narendra Modi 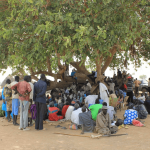 Humanitarians struggle to warn about, prevent, and respond to starvation when the population of concern is either small or large but not concentrated geographically. Perhaps nowhere else in the world is this challenge faced more frequently than in South Sudan. Over the last seven years, the country has seen the most frequent reporting of localized famine conditions globally. From January 2014 to December 2020, 37 pockets of famine conditions[i] were identified by the Integrated Food Security Phase Classification (IPC) Technical Working Group (TWG) based in South Sudan.[ii]

Taken as an average, this equates to at least one pocket of famine conditions occurring approximately every two months for seven years. This represents only a minimum estimate, given the difficulties of collecting and publishing information confirming mass starvation within an active armed conflict.[iii] Much international attention was given to the famine declaration of 2017 for a small area of Unity State and to a lesser extent to the late 2020 politically contentious announcement that famine was likely occurring in lowland areas of Pibor County. However, focusing only on situations meeting a narrow, technical definition of famine ignores much greater loss of life outside of these relatively short time periods.

One enduring gap in famine early warning remains the lack of incorporation of local perspectives on hunger, need, and crisis.

One enduring gap in famine early warning remains the lack of incorporation of local perspectives on hunger, need, and crisis. This includes the signals that indicate how a community is coping with insufficient access to food, rather than only the households typically interviewed in large humanitarian surveys. Building on the well-established insight that affected communities know their food security situation better than anyone else, we examined chiefs’ courts in South Sudan and their role in the recognition and management of hunger. These findings are published in a recent report by Chris Newton, Elizabeth Gray, Chirrilo Madut, Bol Mawien and Naomi Pendle for the Conflict Research Programme (FCDO-funded) and the Hunger and Human Dignity project (British Academy funded).

Led by chiefs and other community leaders, typically all men, these courts are the most common and resilient legal institution in South Sudan and are often the sole functioning justice mechanism locally. Chiefs’ courts were codified as part of the government legal system in the 1930s and they continue to be recognised by South Sudanese statutory law. Any member of the community may bring a case before the court, and chiefs’ courts often meet in public spaces, such as under trees. They also continue to function even under extreme duress, including conflict and displacement.

The report draws upon household survey data from four rounds of the national humanitarian Food Security and Nutrition Monitoring System (FSNMS) in 2018 and 2019 in South Sudan,[iv] as well as court observations in Gogrial East County, Warrap State in 2018. Analysing the two datasets together shows how humanitarian consideration of these courts and similar community institutions could contribute to timelier and more effective responses to worsening food insecurity.

It was in Greater Bahr el Ghazal that Luka Biong Deng first observed “famine courts” in the 1997-1998 famine in the region. In 2018, the risk of starvation was rising once again in Gogrial East County, within the epicenter of the previous famine. Hunger worsened and many of the common strategies people used to survive began to fail months before the typical start of the lean season – the period of time when the previous harvest is exhausted but the next has not yet arrived. Through May and June, deaths attributed primarily to hunger were reported in several areas of the county, signaling that the crisis was deepening.

In response to worsening food security in Gogrial East County, chiefs’ courts acted to support the communities within their jurisdiction by temporarily functioning as hunger courts. Chiefs’ courts are named ‘hunger courts’ during periods when they see only or primarily cases related to hunger and the redistribution of resources to the hungriest. Households struggling to access food sufficient for survival may gather at a chiefs’ court on a daily basis during these periods of hunger. Claimants either argue that a pre-existing legal claim should be prioritised because of their level of hunger or they make a new claim, typically against relatives, by arguing that there is an obligation to help them. In cases where need is identified but defendants are also vulnerable, community resources may be awarded to the claimant. Litigants have their cases heard in turn, with hearings and judgements usually only taking a couple of hours and judgements executed within a few days.

The formal and public decision to shift to hunger courts is in effect a local declaration of a hunger emergency. In Gogrial East County, the way in which hunger is defined also mirrors the international understanding of food security, particularly in the consideration of an individual’s or household’s ability to access sufficient food over time given the prevailing social, economic, and political context. As mentioned above, the largely qualitative criteria used in hunger courts to assess vulnerability, and so the validity and urgency of claims about hunger made by plaintiffs, likewise closely match criteria proposed to help determine whether a household is most likely facing starvation or not when quantitative household indicators of food consumption do not fully align.

The court observations make it clear that chiefs discuss and aggregate a complex array of locally defined factors to decide the vulnerability, ability to cope, and need for food assistance of a claimant and their household – an especially fine-grained and sensitive form of humanitarian targeting. A wide variety of people access these courts, with women in some areas being the most regular users of this welfare provision. Successful claims result in the chiefs ordering food to be given or loaned to the claimant until they have more secure access to food. In general, hunger courts typically prioritise young children, the elderly, and those otherwise at risk of death due to hunger when making a ruling.

Formal humanitarian organizations, like United Nations agencies or non-governmental organizations, were largely absent from this local response in Gogrial East County. The household surveys that underpin much of formal humanitarian needs assessment, especially in food security, livelihoods, and nutrition, would not cover these areas for months. It would be several more months after these surveys before humanitarian agencies and the South Sudanese government finalized their own analysis of food security in the same areas. They considered food insecurity to be consistent with the Emergency phase of the IPC scale – an internationally standard five-phase scale of acute food insecurity – in the period during and immediately after the household surveys.

The case of Gogrial East County highlights how hunger courts continue to operate in at least one area of South Sudan, while the FSNMS data shows that households in need continue to turn to courts and community leaders potentially many different ways. An understanding of chiefs’ courts and similar community responses to hunger could provide humanitarians with invaluable insights into the local classification and early warning of extreme hunger, as well as the logics behind local redistributions of resources, including humanitarian assistance.

[i] IPC uses five phases to describe a food security situation for an overall geographic area or population group, as well as the proportion of the population within that area or group within each of the five phases. IPC Phase 5 denotes an ongoing famine in a geographic area or describes a proportion of a population within that area experiencing famine conditions. Famine conditions may be observed in a situation where a population is experiencing extreme food consumption gaps and a collapse in household ability to cope with this level of hunger, though the population-level prevalence of acute malnutrition and rate of mortality are not yet at or above standardised thresholds for declaring famine. Famine conditions may also describe ongoing famine for a number of individuals that is too small for a geographic area to be classified as in famine, or less than 10,000 individuals under IPC manual 3.0.

[ii] The TWG is an inter-agency body, chaired by the government of South Sudan, that oversees most data collection and analysis for famine early warning conducted within South Sudan.

[iii] This observation is based on technical consensus within the government-led national IPC TWG vetting team. It considers the IPC Key Messages of all full IPC analyses – not IPC updates – beginning January 2014 and ending December 2020. For all public IPC reports, see the data portal at http://www.ipcinfo.org/. The tally does not include localised famine conditions identified through IPC-compatible analyses, such as provided by the FEWS NET for Ayod County in 2015 in their Food Security Outlook July-December 2015, or other publicly available data indicating likely famine conditions that did not lead to technical consensus within the South Sudan IPC TWG, such as a household survey done by REACH Initiative in lowland areas of Pibor County in March-April 2018.

[iv] FSNMS is managed by the NBS, the MAFS, and the Ministry of Health, in addition to the FAO, the WFP, UNICEF, and the FEWS NET. It is a humanitarian household survey of rural households conducted in the post-harvest and lean seasons of South Sudan to capture acute food insecurity, livelihoods change, and nutritional status, with findings geographically representative and statistically indicative at county-level. FSNMS sampling utilises the 78 counties of the 10-state system in line with humanitarian programming in South Sudan.

Elizabeth Gray is working towards a PhD in Statistics at the University of Bath, with a focus on methods for spatial data, and situations in which there is dependence between the choice of measurement locations and the phenomenon being measured. She is particularly interested in the ways statistics can be used to inform better policy decision making.

Chirrilo Madut Anei is a graduate of the University of Bahr el Ghazal and a graduate student at the University of Juba. Over recent years he has worked on various research projects including with colleagues at the London School of Economics and during his current employment for the Rift Valley Institute.

Bol Mawien is an experienced qualitative researcher, and his work has focused on court observations and understanding the chiefs’ courts. He offers projects a long-term, nuanced contextual knowledge based on years of first-hand experience.

Chris Newton is a master’s student at the Friedman School of Nutrition Science and Policy at Tufts University, focusing on food security in humanitarian crises. Chris previously worked in South Sudan with several humanitarian organisations, including most recently the United Nations World Food Programme.

Naomi Pendle is a Research Fellow at the Firoz Lalji Centre for Africa at the London School of Economics. She has carried out ethnographic and qualitative research in South Sudan over the last decade and has published on various themes including governance in conflict, peace, patterns of violence, justice and revenge, protection of civilians and hunger.