Tigray – a challenge to the UN day for the Elimination of Sexual Violence in Conflict Tigray: Fears of Escalating Violations 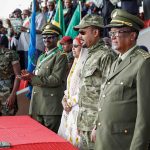 From Apologies to Atrocities: How to make sense of leadership statements in Ethiopia

By Jan Nyssen and several colleagues that co-authored but preferred to remain anonymous.

In a speech to assembled Ethiopian ambassadors in January 2019, Prime Minister Abiy Ahmed would make a prescient remark regarding Tigray. Alluding to the role of soldiers during the battle of Adua in 1896 and later, during the Eritrean war, Abiy said: “This hasn’t been researched, but it’s obvious. From the battle of Adwa during the time of Menelik, to the later wars, many people from central Ethiopia – Oromos, Amharas – have been going to Tigray to fight. They were there for the war with Eritrea, and there’s been a military presence in Tigray for the 30 years since. So, if you’re wondering what the proportion of Oromo in Tigray is, leave it for DNA to find out. [Hilarity in the audience] It’s probably wrong to say this, but: those who went to Adwa, to fight, didn’t just go and come back. Each of them had about 10 kids.” [Loud laughter of the audience and applause]. (https://www.youtube.com/watch?v=u0-RF8E4ov0)

On March 21 2020, during a parliamentary session in which he was questioned on sexual violence in Tigray, Abiy replied: “The women in Tigray? These women have only been penetrated by men, whereas our soldiers were penetrated by a knife”. (https://twitter.com/womenoftigray/status1374723950786318336?s=20 , video includes English subtitles).

Earlier that year, after the first reports of the deliberate targeting of women had begun to emerge, an Ethiopian general is filmed addressing a group of officers. Berating his cohorts, he says: “why are women being raped in Tigray, at this time? We might expect this during war time and it is not manageable but why is it happening now in the presence of federal police, in the presence of an official administration?” (https://www.youtube.com/watch?v=sX-GmMwEF10)

What are we to make of these statements? How are we to interpret words which, from the Prime Minister himself, seem an open acknowledgement, even an endorsement, of military tactics and strategy that holds, as its central pillar, the use of rape in war? How can the world reconcile these kinds of statements? How will the people of Tigray – and in particular the women – live with what has been said, and what has been admitted; and above all, if Abiy wins the election in June 21, how will the the rest of Ethiopia live with a Prime Minister who has endorsed a culture of rape?

Abiy Ahmed was appointed Prime Minster of Ethiopia on April 2 2018. He arrived on the scene talking hope, reconciliation, reform and much anticipated change. He seemed to embody everything Ethiopians hoped for. He was half Oromo half Amhara; a Christian, though Protestant, but he acknowledged his Islamic ancestors. He seemed to be the new ‘unity in diversity’ figurehead incarnate.  A new Ethiopia in the making. Who could object? He embarked on a series of tours around the country to explain himself then to the diaspora, to neighbours, and to the world. He moved fast, making changes addressing all the grievances over corruption and the past ‘misdeeds’ of the former government. He released prisoners, called back banned political parties and enjoined Ethiopians to address their past and atone with one another over historical events, and then move on.

The man with a PhD in Peace and Conflict studies it seems was putting in place the main steps for future reconciliation and state rebuilding. The world held its breath; he ‘made peace’ with Eritrea, he talked of Rwanda, he reminded the world of the evils of genocide and the need not to demonize and to transcend all differences.  He appointed several women into his cabinet, a first for Ethiopia. He was applauded at home and abroad he was awarded the Nobel Peace Prize.

It was a moment of pride for the country for him. Much was written: articles, blogs, Twitter, Facebook all were euphoric.  Ethiopia reasserting her honor, her history of internationalism and defender of universal values. A founding member of the United Nations  a great contributer to Peace-Keeping operations since 1950. Abiy, the ex military man now statesman was bringing back this honor to Ethiopia, to the Ethiopian army, to its people.

As the war unfolded in Tigray, the reports of atrocities and their specific intentions seemed to follow the textbook example of all that has been written and researched on the use of rape in war, and on violations of international protocols and treaties governing conflict.  AP Africa correspondent Cara Anna described the horrors of sexual violence in Tigray on CBS News. Aljazeera and Reuters detailed the sexual slavery in Tigray. Helen Clark and Rachel Kyte called the world to action: “The world knows enough to say that war crimes are happening in Tigray. We should not need to wait until we are able to conduct full and thorough investigations before we act to stop rape as a weapon of war. We should not have to count the graves of children before we act to stop starvation crimes.” The Red Cross also condemned this horrific sexual violence in the strongest terms.

With each report and social outrage, there was denial and counter accusations of ‘fake news’ and ‘alleged’ rapes and claims of  a ‘western’ smear campaign against the integrity of Ethiopia. The cries of pain and testaments of Tigrayan women, now scorned and dismissed as propaganda.

As activists and human rights lawyers examine the evidence from Tigray and other places where women continue to suffer the onslaught of violence and ethnic cleansing, the academics remind us: governments don’t outsource violence to militias; they model it.

On June 19th the world will be commemorating International Day for the Elimination of Sexual Violence in Conflict. A day agreed on by all member states of the UN to condemn and call for the end of conflict-related sexual violence, including rape, sexual slavery, enforced prostitution, forced pregnancy and enforced sterilization; and to honour victims, survivors and those fighting to end these most terrorizing and destructive of crimes.

As activists and human rights lawyers examine the evidence from Tigray and other places where women continue to suffer the onslaught of violence and ethnic cleansing, the academics remind us: governments don’t outsource violence to militias; they model it. Data on government and militia attacks against civilians in civil wars from 1989 to 2010 show that when governments target civilians — whether through massacres, ethnic cleansing or deliberate bombing and shelling — they generally do so through both their regular military forces and militia forces. And when states decide not to target civilians, militias generally hold back as well. They may influence militia behavior through training or through more informal diffusion — or both. Studies show that when governments train militias, militias are more likely to target civilians both with sexual violence and other kinds of violence.”

On June 17 The African Union announced the opening  of the official Commission of inquiry into Tigray. As they begin to collect the statements from Tigrayan refugees and victims of sexual violence, they would be wise to also consider the various speeches and statements of Abiy Ahmed himself.

Jan Nyssen is professor of geography at Ghent University (Belgium) and has carried out research in Tigray since 1994.