From Apologies to Atrocities: How to make sense of leadership statements in Ethiopia The Unwinnable War on Disease 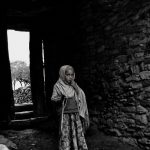 In the aftermath of the military defeats suffered by the Ethiopian National Defense Force (ENDF) in Tigray there is an immediate high risk of reprisals against civilians.

Last week the Tigray Defense Forces (TDF) took the strategic offensive for the first time and destroyed an ENDF force of approximately 15,000 men and captured significant amounts of heavy equipment. One divisional commander was killed and one was captured. Mulugeta Gebrehiwot, a veteran of many battles, described the scene afterwards as ‘horrific.’ Raw recruits had been sent into battle, told that they should fight to the death, and many continued resisting long after an experienced soldier would have surrendered or fled.

Every one of Mulugeta’s reports over the last six months has been proven correct factually. I have every reason to believe this one.

In the wake of defeat such as this there is heightened danger of vengeful and frightened soldiers turning on civilians. Routed troops are a high risk for perpetrating violence against civilians, especially if they suspect those civilians of supporting their adversaries. A civilian witness from Hagere Selam tells of five local people being killed by soldiers and the straw for feeding farm animals being burned.

Medical staff in Mekelle are very nervous; in the past when soldiers have arrived at hospitals with their wounded comrades, they are angry and jittery, demanding at gunpoint that doctors treat them at once. The doctors are Tigrayan and know that if they displease the soldiers, or the patient dies, they are at risk.

The airforce is flying sorties over the rural areas and bombing from a high altitude, almost at random.

As the TDF consolidates its control over Tembien it will bring more and more rural communities under its direct control. This is the poorest part of Tigray where many people are starving. The need for humanitarian access across the battle lines has become even more urgent.