Can the World Go Green Without Destabilizing Oil-Pumping Nations? AKSUM PEACE ACCORD: A reality fantasy 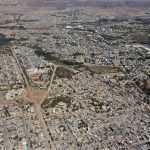 In a series of battles over the last two weeks, the TDF has broken the back of the ENDF and taken control of most of Tigray. The armed forces do not possess the leadership, capacity, resources, or time to rebuild from their recent rout.

PM Abiy Ahmed has been taking the line that the troubles in Tigray are only a road bump on the track to a great Ethiopia. It appears that the road bump has broken the chassis of his great Ethiopian project.

If Abiy acts according to form, he will deny the reality, blame everyone except himself, and ratchet up the level of incitement and vengefulness. Given that those are the habits that have got him – and Ethiopia – into this crisis, it seems probable that more of the same will only deepen the problem, perhaps to a point at which the country cannot recover.

Having long dismissed any calls for a ceasefire, the Ethiopian government has declared a ‘ceasefire.’ It’s an empty statement.

Prime Minister Abiy and Foreign Minister Demeke Mekonnen don’t have an army in Tigray capable of firing a shot.

The Ethiopian ‘ceasefire’ keeps Eritreans in occupation of substantial parts of Tigray and has no provisions for humanitarian access.

They declared a unilateral ceasefire because they don’t want to open negotiations with the TDF/TPLF. But that is what they will have to do if they are serious about the political future of the country.

A ceasefire can mean many things.

The Ethiopian ‘ceasefire’ keeps Eritreans in occupation of substantial parts of Tigray and has no provisions for humanitarian access. It could be an armed truce to try to rearm while continuing to use hunger as a weapon, blockading Tigray.

A peace mediator would want the parties to negotiate on a full package of items to constitute a comprehensive ceasefire. These would include protection of civilians, humanitarian access, release of prisoners, redeployment of foreign forces out of the contested zone, third party monitoring, investigation of war crimes and steps towards political negotiations.

Abiy managed to sustain the myth that he was a victorious warrior for just long enough for him to win acclaim from an electorate desperate for a strong leader. He could use that mandate to reverse course and negotiate with the TPLF/TDF on equal terms. Such humility is necessary but would be out of character.

The TDF won its battles without external support, though it was helped on its way by some remarkable miscalculations by the ENDF generals, and probably by Abiy himself.

The TDF has not yet engaged the Eritrean Defense Force at scale. The EDF is a tougher proposition than the ENDF. President Isaias Afewerki may decide to deepen his involvement in Ethiopia, thereby escalating and broadening the war, or he could decide instead to withdraw. Isaias will take that decision solely in his own interest, but the TDF could also force his hand, as their view is that they cannot be secure while he remains in power, and they have a better chance of a decisive military victory while the EDF is inside Tigray.

The last eight months of slaughter, atrocity and destruction have demonstrated two elementary truths. First, the war has proven the old TPLF adage that a people, politically aware, mobilized, and armed, cannot be ruled against their will. Second, it has shown that the dream of a great martial imperial Ethiopia was a dangerous illusion, and those who believed in it have led their country towards collapse.

There should be a ceasefire – but not the empty words of the Federal Government today. What’s needed is a comprehensive ceasefire as the basis for protecting civilians, ending famine, removing Eritrean forces, and bringing about a definitive political settlement.