July 2021 Employee of the Month: Abiy Ahmed No new prisons in Massachusetts 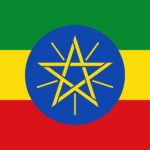 We, the concerned Ethiopians, with many years of public service to our beloved nation, from diverse backgrounds and identities, and with different political leanings, share a common conviction that we must speak out publicly and urgently about the crisis facing our country.

Our nation of Ethiopia is facing a turning point in its long history. It would be an understatement to describe the degenerating security situation and the deepening political polarization as a cause for alarm. The crisis today is shaking the very foundations of our nation and our state. The very existence of Ethiopia as a country is at stake. Our children and grandchildren will not forgive us if we fail to hand on to them that legacy which is their birthright—a common homeland that we can proudly call our land of Ethiopia.

We have henceforth solemnly decided to make our modest contribution before it is too late to avert catastrophe.

While we assume full responsibilities and be held accountable for our views in this proposal, nonetheless, we have opted to remain anonymous due to the prevailing extreme polarization and partisan feuding that dominates the public sphere. We desire to see the content of this proposal capture the attention it deserves rather than diverted on its author’s identity and purported motives.

The ongoing war in northern Ethiopia has reached a point of no return. The coming chapter, we fear, will be apocalyptic. The politics of extremism and nationalism advocated by different parties for three decades has brought us to the point of a bloody war with the ugliest manifestations. Nationalist forces in Tigray and Amhara regions have confronted each other, claiming areas that have long been sources of bitter dispute. We are sadly confident that the outcome of this conflict will be a further ominous blow to the fate of our country and our people.

Warring parties need to put aside their respective claims and stop the devastating war, giving precedence to the security of the country and the wellbeing of its people. On the contrary, if hate directed against one another and intransigent claims over boundaries should not be allowed to undermine the foundation of the country and the welfare of its citizens, the destructive war will:-

A– Bring human carnage on a scale never before witnessed in our history.

B– Destroy the prospect for common political space between the people of Amhara and Tigray, based on shared identities. The bitterness engendered by the conflict will leave a legacy for generations, making it hard to see the two communities co-existing even as good neighbours.

C– The aspiration for a common political and economic space where peace, democracy, and prosperity prevails will be in vain. Ethiopia will be trapped in a perpetual struggle to preserve itself.

D– Post-war Ethiopia will be a failed state, unable to sustain a national army that can defend it from internal and external threats. The broadening of the ongoing war beyond the national army to include regional militias threatens the fragmentation of the country into ethnic enclaves.

E– The ongoing war is a betrayal of our shared pride from our forefathers’ sacrifices made to preserve our freedom and independence during the Battle of Adwa and other common struggles in which Ethiopians united to defend our nation. It will be recorded in our history as a war of folly waged against our shared existence.

The current civil war can only deliver transient battlefield victories that give an illusion of triumph. None of the warring parties can prevail by force of arms. None can assure their claims permanently by unilateral dictate. Failure to bring a political resolution to the conflict reduces our future to a zero sum game from which we can never recover. If any parties gain from this destructive civil war, it could only be our historical nemeses, Egypt, and the ruling party in Eritrea.

The war should and must stop. Our patriotism should be measured not with our zeal to beat the drums of war cause but rather in our determination to ensure the peaceful and negotiated settlement of the causes of the war.

1.2. The National State of Tigray;

1.3. The National State of Amhara;

The negotiations could be entered bilaterally or in a tripartite manner.

2.1. The Federal Government and the National State of Tigray could jointly select three mediators for the bilateral dialogue. Drawn from international organizations or other countries, the team of international mediators would receive technical and professional support from the United Nations (UN), the Africa Union (AU), and experts in dialogue for peace;

2.2. There should be an entity tasked with proposing initial ideas to persuade the adversaries to sit for dialogue.

3.1. The adversaries identified above would agree to take unilateral measures to deescalate rhetoric that incite conflict and refrain from hate speech and hostile propaganda;

3.3. Each of the three adversaries would declare a unilateral ceasefire to stay in force for one month, renewable;

3.4 Basic public services to the National State of Tigray shall resume with immediate effect, and there will be unfettered access to all areas of the region for humanitarian emergency provisions;

3.5. To attain a durable ceasefire, the adversaries shall make public their respective positions, in one week, on issues of the dispute;

3.6. The Federal Government shall make public its non-partisan position in matters causing conflict between the national states of Amhara and Tigray;

3.7. The Federal Government shall publicly recommit itself to ensure Eritrean forces’ complete and verifiable withdrawal from all Ethiopia’s territories.

4. Terms adversaries need to agree on once negotiations begin

4.1. There will be a resumption of transport and trade between the National State of Tigray with the rest of the country;

4.2. The Federal Government shall begin to release budget subsidies to the National State of Tigray;

4.3. Until such time that there will be an end to the war in Tigray, combatant forces under the Federal Government will withdraw from Tigray;

4.4. All federal agencies but law enforcement will resume their regular functions in the National State of Tigray;

4.5. The National State of Tigray will resume having its representation and participation in the federal institutions, including the House of Peoples’ Representatives and the House of Federation;

4.6. The National State of Tigray shall exercise restraint from acting and making statements that undermine the sovereignty and territorial integrity of Ethiopia;

4.7. Rehabilitation and reconstruction work in the Tigray Regional State will begin with the immediate effect;

4.8. A series of measures will be taken to restore public engagements between the peoples of Tigray and other parts of the country;

4.9. There will be access from Tigray to Sudan through the corridor of Humera, under the administration of the National State of Tigray, only for humanitarian emergency passage and movement of non-combatant personnel. The Federal Government will establish and operationalize immigration and customs bureaus in the border between Sudan and Ethiopia;

4.10. The adversaries shall withdraw their respective armed forces from areas of dispute until durable peace is realized. Upon the invitation of the Federal Government to the United Nations and the African Union, peacekeeping forces shall be deployed in those disputed areas;

4.11. There shall be a provisional civilian administration in charge of these disputed areas until durable peace is achieved but composed of personnel mutually accepted by the National States of Amhara and Tigray, but accountable to the Federal Government;

4.12. Citizens displaced due to the ongoing conflict shall be encouraged and assisted to return to their initial places of residence;

4.13. There will be exchanges of prisoners of war; and, citizens detained since the start of the war and accused of support to the adversaries shall be released;

4.14. An international investigative team will be commissioned to determine the party that provoked the war; investigate human rights violations and crimes against humanity committed during the war; and, bring the perpetrators to account;

4.15. Under the auspices of the international mediators, a commission will be constituted to ensure compliance with the terms agreed by the adversaries.

5. Methodologies to apply to bring a durable resolution of the conflict

5.1. Constitutional provisions or constitutional amendments to be made can address claims and counter-claims of boundaries and disputes between the National States of Amhara and Tigray. The ideal options could be determined during the negotiation process. However, we strongly believe that the route to constitutional amendment could bring an inclusive nationwide process and a viable resolution to the conflicts;

5.2. The need for an all-inclusive dialogue to bring durable resolution of the national crises in general and the conflict between the Federal Government and the National State of Tigray, in particular, cannot be overstated. So is the indispensability of transitional justice;

5.3. There should be an acknowledgment that the recurrent conflicts and wars across the country have resulted from the absence of national consensus and political problems deeply structural in their nature. It is wise to accept what is evidently clear, namely that the time has come to begin a transitional process to overcome these structurally entrenched crises.

We acknowledge that this proposition, aspiring to bring durable ceasefire, may suffer from limitations in its potential to fulfill the desires and respond to the interests of the adversaries. This applies to the diverse views of the authors, too. Nonetheless, a sense of duty to our country and patriotic confidence in our nation prompted us to see beyond and above partisan interests and focus on collective security and the welfare of all Ethiopians.

It is the responsibility of the negotiating parties to accept this proposition in its entirety or enrich it to realize lasting peace. We urge all the adversaries to avoid a narrow, pigeonholed view of the conflict through partisan or regional considerations. We also call upon political parties, intellectuals, elders, eminent personalities, the media, and members of the diplomatic community to pressure the adversaries to immediately cease hostilities and enter into an all-inclusive dialogue – in good faith – for durable peace.

We have inherited a sovereign country with ancient history of statehood legacy from previous generations, our nation of Ethiopia. Too many times in our lifetimes, the scourge of war has threatened to divide us irrevocably and tear apart our country. We have overcome these threats in the past. We must do so again. Our children and grandchildren will stand in judgment upon us if we fail in this essential, noble, and truly patriotic task.