Ethiopian Fireworks and the Defeat of al-Qaeda: A personal recollection The world watches as Abiy loses it — and risks losing Ethiopia, too. 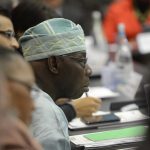 To end a war, enemies have to talk. Even if they start off refusing to meet each other face to face, they can speak to a mediator. Skilled mediators gain trust with the warring leaders and then use that rapport to encourage those leaders to open direct negotiations. Every peacemaker’s memoir describes how such personal connections are the lifeblood of a peace process. What’s on the agenda for direct talks is often less important than the fact that they are actually ready to meet at all—that’s where peace begins.

Over the last decades, as peace processes to end wars have become routine, the basic logistics for negotiating this are taken for granted. It begins with phone calls on secure lines. Special envoys travel to meet with rebel leaders in their hideouts, liaison officers are placed with insurgent leaderships, closed-door meetings are convened in undisclosed locations. Mediators hold confidential discussions to explore the goals, the fears, and the possible areas of compromise. Meanwhile leaders on either side consult their constituents, take advice from experts, and exchange confidential documents. This is all so standard that it is not even raised as an issue.

On August 26, United Nations Secretary General and the members of the Security Council called for a ceasefire. Earlier that day, the Chairperson of the African Union Commission appointed former Nigerian President, General Olusegun Obasanjo as high representative to “intensify engagements with all relevant political actors”. Those statements implied that such engagements were underway or could begin at once.

Under current conditions it is simply impossible to carry out the kind of diplomatic work with the Regional National Government of Tigray that would lay the basis for talks.

Not so. Under current conditions it is simply impossible to carry out the kind of diplomatic work with the Regional National Government of Tigray that would lay the basis for talks. That’s because the Ethiopian federal blockade of Tigray includes shutting off communications.

The Tigrayan leaders can make international phone calls, but only on satellite phones that are readily monitored and cannot take incoming calls. Prime Minister Abiy Ahmed (colonel in military intelligence, cybersecurity directorate) knows all about this. His soldiers destroyed the UN’s secure communications equipment before they retreated from Mekelle in June and he has not permitted any such equipment into Tigray since. Hardly any foreign diplomats have been permitted to travel there.

This means that no potential mediator knows the Tigrayan leaderships’ true thinking about a negotiated settlement. No diplomat can reliably know what might be their preconditions for a ceasefire, let alone the detailed content of a ceasefire.

The lack of communication is primarily the fault of the Federal Government. Addis Ababa is the diplomatic capital of Africa and the Ethiopian Ministry of Foreign Affairs knows the procedures for peace talks as well as anyone, having hosted many of them. Its shutoff in communications isn’t an innocent oversight. It shows that the government is not genuine about peace.

But it is also a failure of the African Union and United Nations, both of which know that secure communication is the essential first step for serious negotiation. Neither the AU nor the UN have insisted on secure communication with Tigray. Neither have stationed political officers in Mekelle.

But the AU has appointed a mediator and the UN has called for a ceasefire. If these are to be credible beginnings then the AU and UN must establish secure and reliable communications with the political leadership of the Regional National Government of Tigray. Without preconditions and without delay.