September 2021 Employee of the Month: Military Intervention See No Evil: How the United Nations is Blind to the Famine in Tigray 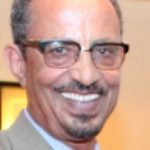 Ethiopia: Definition and politics of ceasefire

By Mulugeta Gebrehiwot Berhe On September 22, 2021

The United Nations and almost every single foreign government concerned with Ethiopia has called for a ceasefire. But what does this actually mean? What is a ceasefire and how can it be secured?

This blog post explores some of the complexities of a ceasefire agreement (CFA). Ceasefire has no specific meaning in law, but has come to mean something more formal than a truce or suspension of hostilities and less permanent or complete than a peace agreement. There has been much attention to this topic by mediators in Nepal, Sri Lanka, Syria, South Sudan, and other conflicts, and the United Nations Mediation Support Unit has internal (as yet unpublished) guidelines.

The terminology of ceasefires and related issues can be complicated and there are often ambiguities over what the terms actually mean. Most CFAs choose to define what a ceasefire would mean and/or entail as part of the text of that specific agreement. However a CFA may be defined, its key content among other things is suspending or ceasing hostilities.

What follows is a summary of the consensus among mediation specialists.

Cessation of hostilities commonly refers to a limited suspension of military activities, for a specific purpose, in a particular geographical area or a specified short time. One near-equivalent is a suspension of hostilities, which makes it explicit that it is temporary. Another near equivalent is a truce, which requires an agreement, tacit or explicit, for both sides to suspend fighting. The customary signal for a truce is no more than a white flag. A CoH or SoH can be unilateral—one side may declare it even while the other does not reciprocate.  The objective for agreeing to (or a unilateral declaration of) the limited and/or temporary CoH/SoH or truce could be humanitarian, religious, political, and military considerations.

A CoH can consist in coordinated reciprocal declarations of CoH by the two parties followed by disengagement of forces.

Ceasefire, and specifically Ceasefire Agreement (CFA) refers to a formal agreement between two or more parties to suspend hostilities for a specified period of time that includes monitoring and/or verification mechanisms.

A CFA can be preliminary seeking to freeze a military situation with the objective of creating a space for negotiations. Whereas, in some instances conflicting parties might reach into a political settlement without previously agreeing for a preliminary ceasefire; whilst violence is ongoing and violent actions on the ground continues, the armed conflict may affect the stance and willingness of parties to meaningfully engage in a peace process, thus indicating the need for a preliminary ceasefire.

There could be various forms of preliminary ceasefires. Some could be geographical, which means CFA limited to certain geographical locations. Others would be partial while some could also be temporary and time-bound. What is common about such preliminary CFAs is that they are not definitive and never indicate an end to a conflict but rather the beginning to an end of a conflict.

A ceasefire could also be definitive (permanent). A definitive CFA is usually the result of a full political agreement once the conflicting parties have reached an accord on all aspects of the negotiations.  In many instances definitive ceasefire goes beyond the simple end of the conflict and seeks to address other security related issues including disarmament, demobilization and reintegration (DDR), demining and initial security sector reform (SSR) efforts.

A ceasefire is a complex military operation which includes important political elements. A ceasefire can include, inter alia:

A ceasefire of this nature would be negotiated between the belligerent parties and formalized. It will be clear from this (incomplete) list that this negotiation process will not be quick or simple, which is why the option of a CoH or a preliminary CFA may be preferred for immediate results.

The Politics of Ceasefire

Just as war is a political activity, so too is a ceasefire.

A ceasefire will be effective if there is a shared understanding on its military and political purposes. That shared understanding is a precondition for a ceasefire, not the outcome of it. Evidently, a CFA (more so of the preliminary than the definitive one) is not a final peace agreement let alone a definitive political settlement, but it requires a common commitment between the belligerents to proceed in that direction.

There are two crucially important political ramifications of the structure of ceasefire negotiations.

Second, the structure and agenda of the ceasefire negotiations also determines the permanent security arrangements that follow on. Belligerent parties that are not represented in the negotiations may find themselves restricted to a category of ‘other armed groups’, and required to disband or face the prospect of forcible disarmament operations—i.e. another round of war, just displaced to another location and targeting another group.

As mentioned above, a definitive CFA will need to indicate the end state of the security forces of all parties including the structure, size, and doctrine of the national armed forces and other components of the security sector.

The agenda of a ceasefire negotiation can be contentious. A government will typically want the ceasefire to include measures for the assembly of insurgent combatants, as the first stage in a process that leads to disarmament and demobilization, with the integration of some insurgent combatants into the national army. The anti-government forces may want to limit the ceasefire agenda to the more immediate issues of ensuring a verified end to hostilities, keeping their armed forces intact until there is a definitive political resolution. If their agenda includes regional autonomy or self-determination, they will not want to disarm, demobilize or integrate.

The Need for Clarity in Ethiopia

Political settlements can benefit from formalizing ambiguity or indeterminacy. ‘Agreeing to disagree’ can be useful. This is not the case for the measures to suspend or cease hostilities. Ambiguity or vagueness is dangerous, even fatal, to ceasefires.

The statement by the Government of Ethiopia on June 28 of a ‘unilateral ceasefire’ was more properly a CoH or SoH aimed at achieving a pause in fighting for the purpose of rearming and regrouping its forces. It would have been advisable for those who welcomed it, such as the UN Secretary General, to have understood its objectives and to have used the more accurate terminology of ‘unilateral suspension of hostilities’ or similar.

So too it is important that calls for a ceasefire in Ethiopia, linked implicitly or explicitly to the provision of humanitarian assistance to Tigray, should be worded with care.

It should be clear that a ceasefire between the Ethiopian Government and the Tigray Government requires a complicated negotiation and is inherently political. International actors such as the UN should therefore call for the parties to enter good faith negotiations towards a ceasefire.

The obligation on the belligerent parties to respect International Humanitarian Law (IHL) is not conditional on a ceasefire or a CoH/SoH. Humanitarian aid should flow no matter what; rape and sexual violence are prohibited under all circumstances; and civilians should be protected regardless of whether there is ongoing war.

However, as a practical matter, the humanitarian and human rights agenda will be facilitated by reducing, suspending or ceasing hostilities at certain times, in certain places and in certain ways. For example, a CoH on the land corridor from Semera to Mekelle, which is the main road transport route for aid to Tigray, could be enacted even without a broader ceasefire. While a ceasefire is also desirable, it would be helpful to call for the precise action needed.