Ethiopia: A Plea for Humanity in the Midst of Misery Atrocity Alert: Tigrayan Civilians and Oromo detainees in areas under Ethiopian government control 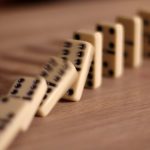 What now for the Somali Region in Ethiopia?

The conflict in Ethiopia appears to have entered a new phase as forces loyal to Tigrayan rebels and their allies march towards the capital city, Addis Ababa. International efforts to broker peace between the warring parties and calls for a political solution have not borne fruit yet.

While the situation on the ground is very dynamic and fluid, given the failure of the Ethiopian national army to stop the advances of the Tigrayan forces thus far, the fall of Addis Ababa is a question of “when” rather than “if.”

Not surprisingly, international diplomats and foreigners are leaving the country before things fall apart. The United States and the United Kingdom regularly urge their citizens to leave Ethiopia, with reminders that their embassies are unlikely to be of any help in evacuating them in the event commercial options become unavailable.

Despite the escalating conflict, Prime Minister Abiy Ahmed remains stubborn in his refusal to negotiate with the Tigrayan forces. His recent calls for a final stand to protect Addis Ababa from the advancing rebels reveals his intentions to stay on the course. The Tigrayans, on the other hand, are dead set on removing him from power. They see his departure as the only way to ensure their survival.

Given these dynamics of the conflict, there is a realistic possibility of multi-sided civil war and state collapse. While the humanitarian cost of such failure is very apparent, what it means for Ethiopia as we knew it is very clear: The end of the country may be near.

A bright spot in troubled waters

Despite the tumultuous events in the larger Ethiopia, the Somali region appears to be the one bright spot in this sordid affair. Over the last three years, the region enjoyed relative peace after the main opposition party, the Ogaden National Liberation Front (ONLF), laid its weapons down, ending a 24-year long insurgency.

The current leadership has also taken praiseworthy steps. Under President Mustafa Omer, freedom of expression has improved considerably, the rate of arbitrary arrests decreased although not absent, and there is a considerable improvement in infrastructure such as roads, water wells, and the agriculture industry.

Despite the relative peace and progressive developmental agenda, much remains to be desired.

The special police forces, commonly known as the Liyu police, remains unreformed and a ragtag force. There has been no reform to speak of in the judicial branch or fighting corruption and nepotism. Most alarmingly, there is heightened intra-clan animosity to levels never seen before. The Somali-Afar conflict, one that has cost lives and resulted unimaginable destruction, remains unresolved. The last election held recently was nothing but a sham.

Most worryingly, the reform process in the Somali region was entirely sidestepped at the cost of advancing the Prosperity Party’s (Abiy’s party) political interests. The Somali Region leadership unapologetically tied its political fortunes with those of Abiy’s PP. Indeed, an open secret in the region is that where Abiy goes, so does the Somali regional leadership.

Given the dynamics of the current conflict, the Somali question is interesting one.

“Although Ethiopia is a multi-ethnic state consisting of various nations and nationalities, the current war is essentially a war between Amharas and Tigrayans fighting over their fate.”

The Somalis occupy a unique position in Ethiopia and hold a distinctive perspective on the current conflict. Being in Ethiopia but not of Ethiopia, to the average Somali the current war is essentially a war between Amharas and Tigrayans fighting over the fate of everyone else.

That perception among the Somalis is not without merit. Though Ethiopia is a multi-ethnic state with various nations and nationalities, the Amharas have long dominated politics in Ethiopia and ruled it with iron fist until the Tigrayans came to power in 1991. Over the course of 27 years, the Tigrayans returned the favor and ruled Ethiopia through autocratic system that, despite guarantees in ethno-federal constitution, generated new grievances. In 2018, that system had run its course and Abiy came to power.

Given their unique position in Ethiopia, it is understandable that the Somalis view the current conflict as part of a long list of conflicts in Ethiopia in which the Amharas and Tigrayans wrestled over who holds the central power over the peripheral nations.

However, a new understanding of Ethiopia is in the making. If the present conflict continues in its current trajectory, there will be no Ethiopia to speak of. The Tigrayans will likely insist on keeping the current constitution with its right of self-determination. The popular sentiment among ordinary Tigrayans is to exercise that right, which would likely lead to secession. Should that come to fruition, it will not be surprising to see a Yugoslavia-style dissolution of Ethiopia.

Multi-ethnic states have tendency to violently disintegrate when the center can no longer hold power as appears to be the case in Ethiopia. When one region breaks away, others will follow like dominoes. It is hard to imagine a scenario in which the Tigrayans opt for separation while the rest of Ethiopia remains intact. Much like Yugoslavia, without a peaceful dissolution a violent balkanization is a real likelihood. The consequence of such fragmentation in Africa’s second most populace country is indescribable.

The Somalis have long yearned to exercise the right to self-determination—not merely to have it as a paper right as was the case under the EPRDF system. That constitution appears to have been written to keep the Amharas down, the Somalis in, and the Oromos confused. The Somalis have suffered at the hands of Abyssinians for over hundred years. Their suffering under TPLF-ran Ethiopia is still too fresh to forget. It is time for them now to settle for nothing less than full self-determination.

The rest of Ethiopia can sort its problems the way they see it fit.

Abdirizak Warfa is an assistant professor at the University of Minnesota. He writes about Somali issues and politics.