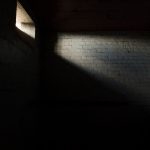 WPF announces its new occasional paper, “Ending Solitary Isolation: Is it within reach in Massachusetts?” (January 2022) by Bridget Conley.

This paper provides an overview of solitary confinement in Massachusetts’ prisons and jails, with focus on the prison system administered by the Commonwealth’s Department of Correction (DOC). It was drafted in support of S.1578/H.2504, Criminal Justice Protections to all Prisoners in Segregated Confinement, that would further regulate and minimize the use of solitary isolation.

The Massachusetts legislature passed major criminal justice reform legislation in 2018, which partially addressed solitary isolation. The new protections included in the legislation were limited to incarcerated people in “restrictive housing,” defined as housing where people are locked in cell for 22 or more hours a day. Developments since 2018 raise warning flags that further legislation is required. These include:

These four issues demonstrate that the DOC has used the administrative latitude granted to the agency in the 2018 CJRA to impose the harshest conditions possible without directly circumventing the law. This is in defiance of the spirit of the law, which was to minimize use of solitary.

Further, the paper argues that the well-documented harms imposed on people subjected to solitary isolation amount to torture. These harmful impacts occur just as much at 21.5 hours as 22 hours locked in cell. Massachusetts’ current definition of restrictive housing allows conditions of incarceration that harm people in four primary ways, each of which is documented in the report with illustrations from Massachusetts and in comparative context, drawing on scholarly research. These harms include:

The paper also addresses why legislative response is required. It presents international standards, which Massachusetts is not in line with. It further address how, across the United States and in Massachusetts, judicial review has played only a very limited role in reforming prison practices. Drawing on examples of recent changes in other states’ policy related to solitary isolation, significant change is possible. But the record also shows that change only comes about when legislators take strong action. Where reforms have occurred, prison administrations have repeatedly pushed back and tried to undermine the reforms by introducing new mechanism for isolating incarcerated people. Until legislation explicitly mandates it,
major reforms that aim to minimize the use of solitary will not have the desired impact.

The newly proposed legislation fixes gaps in the 2018 CJRA and positions Massachusetts among the country’s states that have decided that torture does not advance the goals of justice or rehabilitation. The paper concludes by arguing that Massachusetts legislators should pass S.1578/H.2504, Criminal Justice Protections to all Prisoners in Segregated Confinement.