Mekelle: A city under siege, part 3 Tigray: The Destruction of Invaluable Agricultural Research 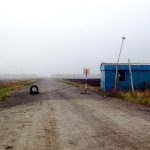 We Need to Talk about World Peace

The Russian invasion of Ukraine is the single biggest threat to world peace in decades. This is not because war in Europe is in itself more important than anywhere else in the world, but because Russia, Ukraine and NATO countries have a greater capacity to inflict violence at a large scale, and because war will have wider repercussions for the world economy and what remains of the global peace and security architecture.

Immediate priorities are ending the war as swiftly as possible, upholding international humanitarian law in the conduct of hostilities, reaffirming international law – including the prohibition against aggressive war, which has been severely abused since the war on terrorism began – and containing the destabilizing fallout across the world.

We also need to talk about World Peace. It’s a neglected agenda that urgently needs to be revived. It is clear that, just as the acts of aggression that foreshadowed World War Two showed the limits of the Paris peace and the League of Nations, so too the Ukraine crisis shows the limits of the United Nations, NATO and a world security architecture which has been crumbling for years.

One hundred years ago, ‘world peace’ could be defined narrowly as the end of armed conflict as a way of resolving disputes between states and its replacement with arbitration based on multilateral covenants and treaties. Today ‘world peace’ requires that — and much more besides.

How can we live on a habitable planet if essential global action is rendered impossible by the ambition and greed of warmongers and their facilitators?

The Ukraine crisis has the rare, old-fashioned element of territorial aggrandizement pursued by an autocrat nurturing dreams of empire. Russian President Vladimir Putin is stirring a toxic brew of aggrieved ethno-nationalism, a national security apparatus commanding unregulated intelligence capabilities, a kleptocracy with global financial tentacles, and transnational networks of mercenaries: let us hope that his effort ultimately fails. But NATO and western nations are not innocent of the crisis. The needless NATO expansion in the 1990s, driven in part by the greed of American arms companies, turned into a self-fulfilling prophecy that post-Soviet Russia was an enemy, not a partner. The U.S.-led arrogation of the privilege of waging war across the world—from Iraq and Libya to the drone wars—is looking more and more like reckless hubris and an unintended invitation to others to do the same.

The biggest difference from a century ago is the absolute, overriding need to address planetary public goods. Two years ago we watched while the U.S.-China rivalry disabled the World Health Organization and prevented an effective global response to Covid-19. Every year we see how zero-sum politics hampers essential action to deal with climate crisis along with the plunder and despoilation of our diminishing natural resources. And daily, we are painfully aware of the marginalization and impoverishment of the many, while the riches of the ultra-wealthy accumulate in an ever-growing chasm of inequality.

How can we live on a habitable planet if essential global action is rendered impossible by the ambition and greed of warmongers and their facilitators?

The name of our foundation, chosen 112 years ago, commonly invites gentle derision, as if world peace were an impossible dream.

To the contrary, the cascading crises in the world today, capped by the Russian aggression against Ukraine, shows that the agenda of world peace is essential. We may not achieve world peace—however we choose to define it—but we must talk about it.