Missing in Action: UK arms export controls during war and armed conflict On the Front Lines: Conflict Zones and US Arms Exports 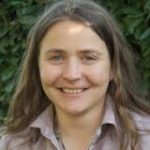 In Russia as in Israel, buying weapons is just as harmful as selling them

All eyes are on the Russian invasion of the Ukraine. NATO countries have promised to send a huge amount of armament to the Ukraine to help fight the well equipped and huge forces of the Russian invasion. Ironically, the pilots currently bombing Ukrainian cities probably trained on planes whose engines were produced in the Ukraine. Until 2014, the Ukraine actually exported more military equipment to Russia than any other country in the world[i], with 70% of the Ukraine’s military export going to Russia. Only after the annexation of Crimea, as  those weapons were used against the Ukraine itself, did leaders decide to cut all exports.

Those of us working against proliferation of arms and researching the global arms trade, often find ourselves in times of conflict like this, going through footage of the atrocities happening, and trying to identify where those weapons came from – what is enabling this killing. We find an Israeli sold tank plowing through Rojova as part of the Turkish invasion. We campaign against the British planes bombing Yemen. We are reminded of the US role in training and arming the Taliban, and the dangers and short sightedness of militarized solutions.  And time and time again, we call upon our governments to think about these things before exporting arms: Think about the use of these arms in human rights violations not only today, but also in 10 years.

The Ukrainian military export to Russia is nothing but an anecdote, because Russia’s military does not rely on imports for its weapons. In fact, Russian military imports hardly amounts to 0.5% of its GDP – negligible in comparison to most other countries. Russia has made a deliberate effort to substitute import of arms with its own manufacturing, especially after the 2014 sanctions. This is why the sanctions we hear being debated today are not around arms embargos.  Even if the world didn’t sell Russian any weapons for the past 20 years, the Russian war machine would likely not have been severely affected.

But there is another side of the story that somehow is rarely part of the discussion about global arms trade – restrictions of import from human rights violating countries, rather that to. This Russian invasion of the Ukraine should be a reminder of why this two-directionality has to be part of the frameworks in place to reduce arms in human rights violating contexts.

In 2020 Russia’s military expenditure was estimated at 11.4% of its GDP[ii]. That is one of the highest in the world, and requires large scale manufacturing capabilities, and huge amounts of resources. To sustain this scale, Russia  — like most large-scale producers of weapons – relies on foreign funds and clients for this industry. Indeed, Russia is the second biggest exporter of arms in the world. Second only to the US. In 2020, Russia’s annual export was approximately 331 billion USD. Its arms export was approximately 32 billion USD. Almost 10% of the country’s total exports[iii].

Alongside Russia’s military exports financing its own military production, and therefore the weapons we see in the Ukraine today, Russia’s military exports also have a significant diplomatic role. Only one of the 10 largest customers of Russian arms voted against the invasion in the UN. The correlation between diplomatic relations and military exports cannot be underestimated. Myanmar and South Sudan, for instance, have military embargos imposed on them from most of the world,  but could still buy from Russia. They will always side with those willing to support their own aggressive regimes. But it is not only countries politically aligned with Russia that finance its arms industry. Countries that voted for the UN condemnation of the Russian invasion just a few weeks ago, had also accumulatively purchased five and a half billion USD worth of arms[iv] from Russia

Other than painting another grim picture of the scale and impact of the global arms trade in every war, why is this important to mention now? Because Russia’s military industry is a good reminder that the simple picture presented by most western legal frameworks on arms trade – if a country violates human rights, we will not sell them weapons – is not enough. It is a good reminder that buying weapons from a country is just as harmful and makes the purchasing country just as responsible for the atrocities carried out by that country funded by a purchase.  As an Israeli, this has been an issue close to my heart as the Israeli occupation is another clear example of international arms trade fueling acts of aggression and human rights violations. While the Israeli military is far more dependent than Russia on foreign aid, and foreign arms coming in, it is also extremely dependent on countries around the world funding the Israeli military industry by purchasing its goods. I can only hope that this understanding penetrates the international discourse  and brings about restrictions not only on export to human rights violating countries, but also the import from them.