Testifying at the ICC Abiy Ahmed—PhD? 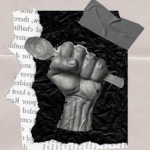 Sudan’s food economy is broken and the generals in power have neither capability nor intent to mend it.

A generation of rural Sudanese have faced hunger even while the country exported food and urban dwellers enjoyed a diet centered on imported wheat. An inequitable social compact exploited the land and labor of the peripheries to benefit the center. That system was always unsustainable, but when Sudanese governments were flush with money – most recently during the oil boom years from 1999-2011 – they intensified the underlying crisis rather than trying to change it. The civilian-led government of 2019-21 implemented painful reforms with modest international aid to cushion the people from hardship, and presided over escalating urban hunger. The generals who mounted the October coup knew perfectly well the likely human cost of their action – they would inherit ultra-austerity and lose the mitigating international assistance. They chose the path of hunger.

Our new report documents how the hungry in Sudan were until recently mostly found in the countryside and in the displacement camps at the outskirts of its cities. Their deprivation was the product of a bustling agrarian economy that was at odds with the needs of huge marginal populations, and politicians never made affordable rural food a priority. What mattered to those leaders was the wellbeing of the cities. Whenever there was an increase in the price of bread it sparked protests that could bring governments down. Finance ministers allocated generous dollar sums to subsidize wheat imports, even when foreign exchange was scarce.

But since the start of Sudan’s 2018 revolution, a far-reaching transformation has been underway. A perfect storm of political and economic crises has pushed an estimated one fifth of the population into severe food insecurity – and another two-fifths of the population are not getting enough to eat. And hunger, which has long kept its distance from Sudan’s cities, has spread there – millions of these hungry people are in Khartoum. This is a big change with unknowable implications.

Food supply isn’t the main problem. Exports of foodstuffs account for about half of Sudan’s foreign exchange earnings – rural workers produce the country’s sorghum, sesame and meat exports that once paid for food imported for urban consumers. Previous regimes took good care to ensure that townspeople could buy cheap wheat. Those governments didn’t believe rural workers were could claim an entitlement to food from the state – they were expected to provide for themselves and if they couldn’t do that, they could starve in silence. One government after the next improvised and re-improvised ways of maintaining urban plenty while rural deprivation increased. For forty years, they increasingly turned to violence to keep Sudan’s food/hunger system going.

The system wasn’t sustainable and it began to come apart ten years ago. The first shock was the calamitous loss of oil revenues when South Sudan became independent in 2011. After that, the government of Omar al-Bashir couldn’t balance its budgets or pay for its imports, and sanctions and huge debt arrears meant that it could not finance budget and trade deficits except by printing money in an inflationary spiral. The collapse in urban food entitlement brought people onto the streets: an early symbol of the revolution was the loaf of bread, now unaffordable.[1]

When al-Bashir fell, a transitional government made up of civilians and security men tried to deal with the financial crisis decisively, re-establishing relationships with international creditors, cutting deficits by removing wheat and fuel subsidies, and investing instead in health, education and short-term cash support for poor people. The reforms were partially successful in reducing deficits. But by cutting subsidies, they pushed up the price of food unbearably. These reforms were encouraged by the international financial institutions, which promised to fund a safety net with cash transfers to poor families.

Few governments can survive such economic ravaging. The civilians had wagered that they could stabilize the economy before they were undermined by the pain of such comprehensive immiseration.  On October 25 last year, a coup led by security men put most of the civilian cabinet in jail. Foreign donors including the international financial institutions immediately suspended their support. Foreign investment dried up. Shortages deepened. The cash transfer program – already incommensurate with need – was  immediately cut off. Sudan’s food crisis entered a new and even more dangerous phase.

Sudan’s plenty-amidst-hunger system rests on state violence. After 2011, al-Bashir turned to a handful of major exports – gold, sesame, livestock – to earn foreign exchange. Obtaining these cheaply was the work of Sudan’s new and pre-eminent paramilitary Rapid Support Forces, was led by a Darfurian commander, Muhammad ‘Himedti’ Hamdan Dagalo. He made himself indispensable when he stalemated most of Sudan’s rural insurgencies in a campaign that lasted from 2014-16, and redeployed his forces to ‘protect the economy’ – managing gold mines and providing ‘harvest security.’ Himedti is now effectively vice-president and his forces are amongst those deployed against the bread-and-freedom protestors in the city streets. Using those merciless militiamen to shoot down urban protestors symbolizes the dramatic collapse of urban food entitlements in Sudan.

The economic reformers who abolished the wheat subsidies argued that it would redress the country’s economic imbalance. But rural food entitlements did not improve. Inflation hit rural consumers too. In the year to March 2022, the market price of the rural staple sorghum doubled. Most grain is harvested in December, and grain prices usually dip after harvest. But this year, they are increasing frenetically.

Preoccupied with cutting short-term political bargains to try to stay in power, Sudan’s soldier-leaders gambled with the country’s precarious food security, and indeed the survival of millions of hungry citizens. They are now using the same instruments of violent repression in the cities that have long been inflicted on rural people. And, as with past counter-insurgencies, their working assumption is that when people are sufficiently destitute and famished, enough of them will submit or collaborate. Theirs is an experiment in pushing a social contract beyond any known limit – the path of hunger.

[1] Note that the word ‘entitlement’ here has both a legal-political sense and more narrow economic meaning as used by Amartya Sen in his ‘entitlement theory’ of famine.