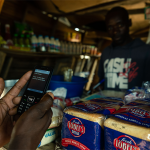 Recent studies have looked at the role of international law in onflict-induced food insecurity and in promoting accountability for mass starvation (see for example:Jordash et al., 2019, Akande and Emanuela-Chiara, 2019). The role of digital technologies in humanitarian law is also beginning to be explored (Rejali and Heiniger, 2020), as is the effect of digitalising humanitarian and food assistance in attempting to meet needs more effectively (Sandvik et al., 2014, Jaspars and Sathyamala, 2021). However, the link between famine, digital technologies and humanitarian law has not been studied before. This paper is a first exploration of what the key issues are, in terms of the role of digital technologies in food security and famine risk, the application of IHL, and what it means for analysis and action in conflict-induced humanitarian crises.

Digital feast and famine: Digital technologies and humanitarian law in food security, starvation and famine risk aims to explore the role of digital technologies in the violation and application of humanitarian law, and its consequences for famine risk and prevention. The last decade has seen a return of severe famine and mass starvation (De Waal, 2018), and at the same time a digitalisation of food security and famine response. As current famines are mostly conflict-related, and digital technologies have also become part of the way in which war is fought, the adoption of these technologies raises issues with regard to International Humanitarian Law (IHL) or rather the rules of war and the protection of civilians.

Susanne Jaspars is an independent researcher and a research associate at LSE and at the Food Studies Centre, SOAS, University of London. She has more than 30 years’ experience of research and operational work in the social and political aspects of food security, livelihoods, and humanitarian aid in situations of famine, conflict and humanitarian crisis. Her regional expertise is mainly in the Horn and East Africa, in particular Sudan and Somalia. She recently completed a PhD on the history and politics of food aid in Sudan. Susanne has published a number of books, articles and policy reports, including Food Aid in Sudan: a History of Power, Politics and Profit (Zed Books, 2018).

Catriona Murdoch is an international criminal and human rights lawyer, with expertise in the crime of starvation, associated starvation violations and right to food abuses. She has a granular knowledge of conflict and hunger across Yemen, Syria, South Sudan and Tigray. Called to the Bar of England and Wales and attached to 1 Crown Office Row Chambers in the UK, Catriona leads GRC’s Starvation Portfolio, and also supports various GRC projects, notably the DPRK Accountability Project. Catriona pioneered the Starvation Training Manual and leads training to a range of beneficiaries. Catriona has practiced international criminal law for over 13 years, advising on crimes arising out of the Rwandan Genocide, the Iraq war, the current conflicts in Yemen and the war in the former Yugoslavia.

Nisar Majid is an independent researcher and research associate at the LSE. He was Research Director on the LSE Conflict Research Programme (Somalia), 2018-2021. He has worked on Somali-related issues since the late 1990s in a variety of applied research capacities. His early work was in food security and livelihoods analysis, while his later doctoral research explored the transnational engagement of the Somali diaspora across the Somali regions of the Horn of Africa. He has led and/or participated in numerous reviews and evaluations in the region and has worked closely with a wide variety of international agencies. He is co-author of the book, Famine in Somalia: Competing Imperatives, Collective Failure, 2011-2012 (Hurst, 2016).

This research is supported by the Peace and Conflict Resolution Evidence Platform (PeaceRep), funded by UK Aid from the UK Foreign, Commonwealth & Development Office (FCDO) for the benefit of developing countries.

The Peace and Conflict Resolution Evidence Platform is a research consortium based at Edinburgh Law School. Our research is rethinking peace and transition processes in the light of changing conflict dynamics, changing demands of inclusion, and changes in patterns of global intervention in conflict and peace/mediation/transition management processes. PeaceRep is funded by the Foreign, Commonwealth and Development Office (FCDO) UK. Our partners include Austrian Study Centre for Peace and Conflict Resolution, Conciliation Resources, Edinburgh Centre for Constitutional Law, International IDEA, LSE IDEAS, LSE Middle East Centre, Queens University Belfast, University of St Andrews, and the University of Glasgow.