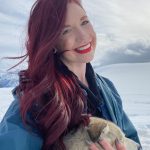 Last month, trade unionists, politicians, activists, and academics from Belgium, Colombia, Germany, France, Italy, Ireland, Spain, the United Kingdom, and the United States convened for the “Civil Harbours & Airports – No Arms for War and Oppression Networking Conference” hosted by The Left in the European Parliament and Rosa-Luxemburg-Stiftung. Three themes emerged from this two-day conference: 1) the globalization of arms production; 2) interception of arms shipments at ports, including the different mechanisms with which dockers encourage mobilization; and 3) a proposed International Day of Action towards the end of the year.

I left the conference thinking about Anna Lowenhaupt Tsing’s book, The Mushroom at the End of the World: On the Possibility of Life in Capitalist Ruins (Princeton University Press, 2021). Tsing states that “staying alive–for every species–requires livable collaborations. Collaboration means working across difference, which leads to contamination. Without collaborations, we all die.”

Tsing’s idea of collaboration is that we stop thinking of ourselves (as individuals or species) in terms of self-sustained creatures, and start thinking about our linkages, paying particular attention to surprising ones. The dock workers have done just this: by identifying their place in the global arms supply chain – and making moves to change how their labor contributes to globalized war-making. Their efforts should prompt us to consider how we might use different sets of local knowledge to collaborate, with enough space to account for diverse purposes and goals, in opposition to the global arms trade.

Tsing uses the concept of an “assemblage” from an ecological standpoint in order to illuminate the ways in which communities influence, thwart (or eat), and work together. Using this logic, one can see the development of assemblages in the context of the global arms trade as an interplay between state and industry.

While direct responsibility for the violence caused by arms lies with the entities that deploy them, there are vast assemblages that facilitate the globalization of war-making. Long before a weapon is used to destroy an individual, community and/or environment, it must, at the bare minimum, be manufactured, tested, stored, marketed, negotiated, bought, and shipped. Additionally, individuals must be trained to use, resupply, and repair these arms.

This chain of labor, which has shifted greatly since the end of the Cold War, involves a complex web of global alliances, with ever-expanding access to military budgets, that often lead to arms being used to surveil, police, and/or kill in spaces both near and far. As such, every part of this assemblage undoubtedly shares the responsibility of destruction and death; this remains true whether such an assemblage abides by legality or not. This is not to say that an intermediary that bribes government officials to sell arms to a state is on equal grounds with a docker who doesn’t necessarily know if they are shipping a weapon, but rather that this chain of labor must be taken into consideration when discussing how these arms end up in the hands of their users.

Interception of Arms Shipments at Ports

At least since 1920, when British dock workers refused to load munitions bound for Poland, dock workers have claimed their place in the arms supply chain. However, actions like those of the “Block the Boat” campaign in 2014, which was the longest blockage of the Israeli ZIM shipping line in history, seem to have reinvigorated dock worker solidarity globally. Having realized their positionality in this internationalized chain of labor, many trade unions and grassroots organizations have been blockading arms shipments on the ground based on ethical, logistical, and legal reasoning. Giacomo Marchetti, a member of the Autonomous Port Workers’ Collective (CALP) uses the term “working-class combat” to describe the “readiness of some of the workers (even if a minority) to enter into confrontations on key questions, which aren’t necessarily linked to the port itself.”

Across these examples and beyond, three key questions form the foundation with which dockers mobilize:

What is the Value of a Human Life?

In March 2017, Ignacio Robles, a fireman in Port Bilbao, started a movement in Spain’s Basque Country against Saudi Arabia’s national shipping carrier, Bahri, when he refused to load the vessel with hundreds of tons of mortar shells. A range of grassroots organizations stood in solidarity with his act of conscientious objection, eliciting a series of actions at the port that pointed to the world’s worst humanitarian crisis in Yemen. According to the United Nations (UN), the Saudi-led war in Yemen had killed at least 377,000 people by the end of 2021.

As a result of a series of protests in Bilbao, Bahri diverted its usual trajectory to dock in the Port of Santander. This moment inspired many other actions in Italy and France, where workers stated that they would not load the “ships of death.” The workers do not make this claim lightly. According to the UN Office for the Coordination of Humanitarian Affairs (OCHA), “In 2020, almost 90 percent of the victims of explosive weapons used in populated areas were civilians.” Preventing the transit of arms to countries in conflict places the priority on civilian victims rather than that of profit.

How do we Keep Ourselves and our Communities Safe?

When 2,750 tons of ammonium nitrate, a chemical used both in fertilizer and explosives, ignited near the Port of Beirut, Lebanon in August 2020, killing 216 people, injuring more than 6,500, and causing hundreds of thousands of people to flee their destroyed homes, dockers were exposed to the potential ramifications of arms being loaded and offloaded at their ports. José Nivoi, a leading member of Unione Sindacale di Base (USB), said, “We all still have in mind what happened in Lebanon. Genoa and its port are intertwined. An explosion in the port would cause the destruction of a large part of the city and the death of thousands of people.” Nivoi and his colleague, Carlo Tombola, Founder of The Weapon Watch, expanded on the ongoing health and safety concerns with regard to arms shipments at the Civil Harbours and Airports Conference, specifically stating that they are not trained to handle this type of insecurity, especially when the port is only 400 meters from homes in their community,

The welfare of the dockers and their communities was brought to attention again when, in March 2022, workers and trade unions refused to load arms for Ukraine at Galileo Galilei Airport in Pisa, Italy after the workers were lied to about what was in the cargo. Originally, the airport workers were told that the cargo contained humanitarian aid, but they found boxes with arms and ammunition intended to be transported to the United States and NATO bases in Poland before being shipped to Ukraine. USB claimed that, according to safety standards, such cargo cannot be sent from a civilian airport. Cinzia Della Porta, a representative of the Tuscan branch of the airport workers’ union, said, “There is also a military airport nearby, but this simply could not have happened by mistake.” This lack of transparency and accountability is not a one-off, it bleeds into every part of the global arms assemblage.

While safety seems to have been one of the main motivating factors for this act of resistance in Pisa, three other intersecting points were noted by workers and grassroots organizers: 1) loading the military supplies in Pisa would ultimately lead to the deaths of other workers if/when these bases are targeted by Russian missile strikes; 2) these arms will “fuel a spiral of war, which we can only stop with an immediate ceasefire and the relaunching of peace dialogues”; and 3) workers, especially those in the Association of Partisans of Italy (ANPI), are against the expansion of NATO to the east. This action was criticized by some as pro-Russian, with 14 activists being jailed, however, the workers vehemently deny this claim and have called to immediately stop these flights.

What is the “Legality” of Arms Shipments Under International Law?

“Information is a weapon itself,” said Tombola, referring to what types and quantities of arms workers are able to identify in a shipping container. This information, which states, shipping companies, and port authorities often attempt to keep concealed, is used to aid legal suits in order to prevent arms from being loaded aboard ships. In May 2019, Joseph Brehem, a lawyer working on behalf of French rights group Action by Christians for the Abolition of Torture (ACAT), filed a legal suit to prevent a new batch of French arms, including eight howitzer Caesar cannons, from being loaded aboard the Bahri-Yanbu, a ship operating for Saudi Arabia’s defense and interior ministries.

Brehem used an article of the UN Arms Treaty (ATT) stating, “…one country cannot authorise the transfer of weapons if at the time of the authorisation, the country knew that the weapons could be used to commit war crimes.” About a month before the suit was filed, Disclose published leaked French military intelligence that provided evidence that French arms, including tanks and laser-guided missile systems, were being used against Yemeni civilians. While ACAT did not win their case, the attention that the case garnered from civil society caused the ship to leave for Santander without the arms.

In an increasingly interlinked and militarized world, these highly specialized, profitable, and technical assemblages show us that the military-industrial complex does not only exist in designated zones of war, but in every space that we inhabit. Because the industry is globalized, it opens space for resistance to be globalized as well. We must listen to the workers’ demands, determine what place we occupy in the supply chain, and discover new and innovative ways of converting the chain in a way that supports peace. One immediate way to do this is through the International Day of Action that the dockers have proposed for the end of this year.

When this day of action is announced, it is imperative that we show up in whatever ways we can, from translating their messages into other languages, to sharing these messages on social media, donating funds, providing legal advice/representation, and physically attending events. Additionally, we must continue to come together to attack the other links in the chain of labor, whether it be the Corruption Tracker’s effort to research the many cases of corruption within the arms trade or civil disobedience operations like those of Palestine Action. It is only through sustained action, built from the ground up by communities dedicated to education, mutual aid, collective care, and trust, that we can build and maintain assemblages dedicated to resistance.