Days under siege The African Union “Peace Talks” for Ethiopia: Unmasking the Pretense 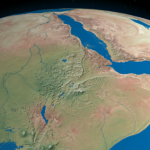 How the International Community is Betraying Tigray—and its Principles

This blog post is a commentary on a press briefing and three documents that reveal the thinking of key international actors regarding the war against Tigray conducted by the Federal Government of Ethiopia and the State of Eritrea. The four documents are:

We are linking to the full text of each of the four documents while restricting the annotation and commentary to the most relevant sections of each.

U.S. Special Envoy Mike Hammer’s press briefing is more revealing than he intended. It did not rise to the occasion. It raises questions about who is setting policy towards Ethiopia in the Horn of Africa and what is the strategy beyond trying to manage the crisis and hoping for the best. Hammer’s demeanor during the press briefing was chatty and informal. He did not express condolences to Ethiopians, especially Tigrayans, for their bereavements, losses and fears. He did not convey the gravity of the bloodiest war in the world today, in which tens of thousands are dying horrible, violent deaths, in which hundreds of thousands have starved and even more face the prospect of starvation, and in which the survival of the Tigrayan people is in question and the future of Ethiopia and the Horn of Africa will be decided. Rather, the impression that Hammer conveyed was that Ethiopia could revert to normal, including its strategic partnership with the U.S., if the Ethiopian Government were given the right encouragement to do what they know to be the right thing. He took the Tigrayans for granted, assuming that they would be ready to surrender in the negotiating room what they have refused to concede on the battlefield.

The immediate intent of E.U. Special Representative Annette Weber’s briefing—an official communication to all the member states of the EU—appears to be to undermine the principled stand taken by E.U. High Representative Josep Borrell, and to give its author a place in the sun at the anticipated AU-led mediation process. In this briefing, Weber has put aside acuity of analysis, adherence to fundamental norms and principles such as preventing mass atrocity and starvation, and assurance of the confidence of both belligerent parties, in favor of currying favor with those who she assumes will be bestowing the privilege of participation in the process, namely the AU Commission and by inference its friends in the Ethiopian Ministry of Foreign Affairs. She also wants to show insider knowledge to strengthen her position vis-à-vis the EU foreign ministries. Insofar as Weber reflects the consensus among the Addis Ababa diplomatic community, it bodes ill for the seriousness of the mediation. Like Hammer, she assumes that Ethiopia can return rapidly to normal and resume a strategic partnership with Europe.

The report of Martin Griffiths, UN Under-Secretary General for Humanitarian Affairs and Emergency Relief Coordinator, to the UN Security Council is an attempt to thread the needle of being true to the spirit of 2417 while conforming with the general timidity of UN bureaucrats confronting a bullying government. A year ago, Ethiopia expelled seven senior UN officials for “meddling” in internal affairs. This had a chilling effect. The Report of the International Commission of Human Rights Experts on Ethiopia acidly noted that “Requests to various UN entities operating in Ethiopia to share documents and materials of interest were largely deflected, or responded to after an inordinate delay.” (Paragraph 12) In contrast to this UNOCHA note, the human rights experts did not use the passive voice. In a challenge to the lazy “both sides-ism” that stands in place of facing uncomfortable facts, the human rights experts found that the Government of Ethiopia had perpetrated starvation as a crime against humanity. They did not have a comparable finding against the Tigrayan authorities. The UNOCHA note avoids this challenging question. Nonetheless, there is much that can be learned from what is said and left unsaid. The default position of the UN leadership on humanitarian crisis in the Horn of Africa is to blame drought. This note makes it clear that drought is not a major factor in the crisis in northern Ethiopia and that armed conflict overshadows it in many other locations too. Reading the note carefully, appalling gaps in crisis monitoring become clear, all of them imposed by the Ethiopian government. The line in resolution 2417, “Underlining that using starvation of civilians as a method of warfare may constitute a war crime,” is discomforting to UNOCHA and finds no place in this briefing. The UNSC meeting on this topic was held on September 15.

The briefing notes of the AU Commissioner’s High Representative for the Horn of Africa President Olusegun Obasanjo, to the AU Peace and Security Council in August reveal the thinking that animates the AU Commission and its mediation. It is the thinking of a state facing an illegitimate rebellion rather than a continental organization applying the norms and principles of conflict resolution. The most important paragraph in the briefing the last one. Drawing on an earlier observation (point 12 in the annotations) in which he unmistakably and correctly implies that Eritrea is engaged in the war, Obasanjo proposes asking Eritrea to be represented formally at the talks. There could be a case for this, provided the Eritrean role in the war and in the peace were properly defined and the belligerent parties were to agree. The Government of Tigray (which Obasanjo insists on calling the TPLF) has made clear its opposition to Eritrean involvement, so the AU High Representative evidently disregarded the Tigrayan views, if indeed he sought them. However, we may reasonably assume, this bold proposal was adopted with prior assent of the AU Commission and the Federal Government of Ethiopia. Regardless of the merits and demerits of including or excluding a major foreign belligerent, Obasanjo’s proposal sent an unmistakeable political signal, that Eritrea’s involvement is legitimate. Obasanjo is the AU’s candidate for chairing the proposed mediation panel for Ethiopia, and before his appointment is endorsed by others, it would be important for him to explain what lies behind this proposal.