How the International Community is Betraying Tigray—and its Principles Addressing Narratives Normalizing Weaponized Sexual Violence: The Case of Tigray 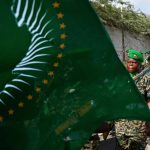 The African Union “Peace Talks” for Ethiopia: Unmasking the Pretense

There has been much discussion over the last two weeks of imminent African Union peace talks aimed at ending the war in Tigray, followed by reports of the talks’ postponement supposedly for reasons of logistical problems. In fact, the AU did not have a plan for serious peace talks. Hand-in-glove with the Federal Government of Ethiopia, the AU took the international community for a ride.

This is a disaster for Ethiopia and for the AU itself. The blog concludes with a background note on the AU’s norms, principles, institutions and practices of peacemaking, so painstakingly developed prior to the Ethiopian conflict, to show how the AU has summarily abandoned its vision of “silencing the guns” in favor of colluding with warmakers.

The annotated text is here, explaining why this invitation aroused suspicions. For those familiar with the workings of the AU Commission, the most striking thing about this letter is that it does not conform to the procedures and protocols of the Commission. Officials in the AU routinely organize peace negotiations and official meetings. They are sticklers for formal correctness. No professional staff member of the AU Commission would draft a letter of this kind. (The AU Commission’s second communication, a press release on October 6, is comparable.)

The annotated text is here. It is revealing. This statement reinforces the suspicion that the AU proposal was (at minimum) based on prior consultation and agreement with the Government of Ethiopia.

The annotated text is here, exploring the likely reasoning behind the response and the links (or lack thereof) to the previous peace talks.

The annotated text is here, explaining that Pres. Kenyatta is signalling that the process is a serious breach of protocol and process by the AU Commission. This is a devastating letter.

The documents make clear that the AU’s invitation to “peace talks” was a spoilers’ exercise, intended to provide cover for a military solution to the war. Chairperson Faki and his High Representative Obasanjo, have undressed themselves in front of the diplomatic community.

Even more remarkable than the collusion between Faki, Obasanjo and Prime Minister Abiy Ahmed—and by extension Eritrean President Isaias Afewerki—is the casual nature with which the conspiracy was executed. This speaks either to incompetence or overconfidence that they can continue to get away with deluding the diplomatic community about their intentions. Perhaps it reflects Isaias’s long-standing contempt for multilateral norms, principles and institutions. Perhaps they expected to declare a military solution over the weekend.

It is time for the AU Commission Chairperson and his High Representative, who have been providing cover for the continuation of an atrocious war and mass starvation, to step aside.

Background Note on the African Union and Peacemaking

The AU was founded at the turn of the Millennium after a calamitous decade in which the African continent had suffered genocide, war, military coups and egregious violations of basic rights. In its Constitutive Act and subsequent conventions, declarations and agreements, the AU established a foundation of norms, principles, institutions and practices. Among the core principles were commitments to human rights, democracy, constitutionalism, and peace. The Constitutive Act enshrines the norm of non-indifference to human suffering caused by war crimes, crimes against humanity, and genocide. The entire apparatus of the AU was geared towards preventing and resolving conflicts. An elaborate set of mechanisms for peacemaking, peacekeeping and peacebuilding was established. The AU Commission, its officials, and the mediators it appointed, developed best practices for resolving armed conflicts in Africa in an expeditious, principled, and effective manner, in partnership with Africa’s regional economic communities, the United Nations, and international partners. This African peace and security architecture was far from perfect, but it held out the promise that Africa might make serious progress towards the common goal of “silencing the guns.”

However, the AU’s norms and principles were not applied to the conflict in Ethiopia after it erupted in November 2020. The institutions were not activated and best practices were not utilized. The rhetoric of African leadership covered a vacuum.

In the early days of the war, an initiative to dispatch three high level peace envoys, was blocked by the Ethiopian Government, without AU objections. An effort by Sudan, chair of the InterGovernmental Authority on Development, to address the conflict was aborted when AU Commission Chairperson Moussa Faki endorsed the Ethiopian Government’s position that the conflict was a legitimate “law enforcement operation”. While the international community condemned the atrocities in the war in Tigray, the AU stayed silent. The AU Commission only took a step in August 2021—when the Tigray Defense Forces had inflicted major defeats on the Ethiopian and Eritrean armies. This was the appointment of former Nigerian President Olusegun Obasanjo as the AU Commission Chairperson’s High Representative for the Horn of Africa. Even his title, which does not include the word “mediator”, indicates that the AU was bowing to Prime Minister Abiy Ahmed’s objection to formalizing a peace process. The appointment was controversial from the outset, given that Obasanjo had broken diplomatic ranks to insist on certifying the 2021 elections in Ethiopia as legitimate. Despite clearly expressed objections to Obasanjo from the Tigrayan authorities, the AU has consistently emphasized his pre-eminent role. The AU Peace and Security Council met on the topic only to receive briefings from Obasanjo. The three African states represented at the UN Security Council—the “A3”—have consistently blocked any UNSC action, most recently in September.