Invisible Women and the Carceral State

On Monday April 9, we are pleased to host Michelle Jones and Elizabeth Hinton from 5-6:30 in the Sophia Gordon Multipurpose Room as a special evening event of the STS lunch seminar.

Jones will present her research on early women’s prisons in the United States, the history project for incarcerated women that launched the research effort, her experiences of incarceration, and her current work, followed by a discussion led and moderated by Hinton.

Michelle Jones is a first-year doctoral student in the American Studies program at New York University. She is a Research Fellow at the Charles Warren Center for American Studies at Harvard University. She holds a Bachelor’s degree from Ball State University. Following graduation, Michelle completed a four-year seminary ministerial diploma from the University of the South. Her interest in history, women, race, and prisons led her for the last four years to participate with a group of incarcerated scholars in challenging the narratives of the history of women’s prison. Incarcerated for twenty years, Michelle made the most of the academic platform given to publish and present her research findings and dispel notions of the reach and intellectual capacity of justice-involved women. Michelle’s advocacy extends beyond the classroom. She is currently on the board of Constructing Our Future, a reentry alternative for women, created by incarcerated women in Indiana, wherein they are given access to rehabilitative programming, carpentry job skills and the means to earn their own home. Michelle is also the Entrepreneurship Development Director for The Ladies of Hope Ministries. In addition, she has presented legislative testimony on a reentry alternative she created for long-term incarcerated people that was approved by the Indiana State Interim Committee on the Criminal Code. Michelle is also an artist and is interested in finding ways to funnel her research pursuits into theater and dance, including writing an original play, “The Duchess of Stringtown,” produced in fall 2017 in Indianapolis and New York (selected scenes). 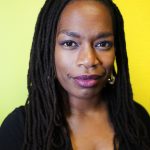 Elizabeth Hinton is Assistant Professor in the Department History and the Department of African and African American Studies at Harvard University. Hinton’s research focuses on the persistence of poverty and racial inequality in the 20th century United States. Her current scholarship considers the transformation of domestic social programs and urban policing after the Civil Rights Movement. In her award-winning recent book, From the War on Poverty to the War on Crime: The Making of Mass Incarceration in America (Harvard University Press, 2016), Hinton examines the implementation of federal law enforcement programs beginning in the mid-1960s that laid the groundwork for the mass incarceration of American citizens. In revealing the links between the rise of the American carceral state and earlier anti-poverty programs, Hinton presents Ronald Reagan’s War on Drugs not as a sharp policy departure but rather as the full realization of a shift towards surveillance and confinement that began during the Johnson administration. From the War on Poverty to the War on Crime was named one of the New York Times’s 100 notable books of 2016. 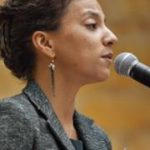 This event is cosponsored by Science, Technology, and Society; the Center for the Study of Race and Democracy; the Tufts University Prison Initiative; Women, Gender, and Sexuality Studies; the Center for the Humanities at Tufts; and American Studies.