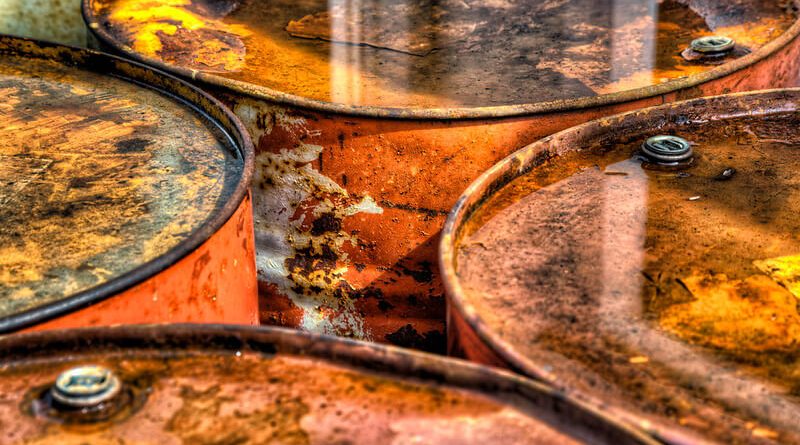 How will traumatic decarbonization affect peace processes and political settlements in fragile oil-producing states in Africa and the Middle East?

Political settlements in such states are ‘carbon compacts’: oil revenues are central to national economies, the functioning of political systems, and provide the discretionary funds needed by politicians to secure and retain power. Peace agreements may be structured around allocating revenue streams to those who have leverage over oil production and funds, and when oil revenues dry up, these states are plunged into turmoil. We call this ‘traumatic decarbonization.’

As the world transitions away from fossil fuels, political funds available in oil-producing states will be dramatically reduced. Our particular focus is on these as-yet-unexamined topics: how the reductions in oil revenues will impact political management and political budgets. This is particularly concerning since just as the cash income available from oil production lubricates peace processes it also leads to unsustainable and/or inflationary loyalty payments. In addition, control over oil production and sale currently determines who has sufficient leverage in order to obtain a seat at the negotiating table, whether an actor/group must use violence to substitute for cash, or whether actors/groups are excluded completely. Most importantly, under the current political settlement models, if political funds dry up violence becomes more likely. Efforts to find substitutes for oil rents may lead political elites to other forms of dependence: on other minerals, mercenarism, foreign patrons, etc., all of which have complex implications for peace and political settlements.

This project has three main components:

The goal is to develop innovative peacebuilding/mediation models not based on allocation of oil rents as a way of ‘buying’ peace. To that end, the primary objective of this project is setting the agenda for that conversation. Current global energy-related academic and policy efforts emphasize and encourage the shift from a carbon-based energy to sustainable sources, and many attendant issues (shifts in labor markets, economic impacts, scientific and technological gaps and shifts, environmental consequences, etc.). However, there is little to no attention on the political impacts of shifting to sustainable energy sources, especially in fragile states that do not have the fiscal or institutional capacity to plan for the impacts of the energy transition. This is a crucial oversight since theory and experience suggest that unplanned or traumatic decarbonization will impact political dynamics in violent monetized political systems, likely in ways that have negative implications for the use of violence, and undermine the prospects for peace and the durability of political settlements. We seek to explore these issues and frame the necessary conversation around the risks and implications of decarbonization on elite politics in these countries.

Can the World Go Green Without Destabilizing Oil-Pumping Nations?
The planned shift to renewable energy will risk violence in fragile oil states.

Alex de Waal is the Executive Director of the World Peace Foundation at The Fletcher School of Law and Diplomacy and Professorial Fellow at the London School of Economics. Considered one of the foremost experts on Sudan and the Horn of Africa, his scholarly work and practice has also probed humanitarian crisis and response, human rights, HIV/AIDS and governance in Africa, and conflict and peace-building. Following a fellowship with the Global Equity Initiative at Harvard, he worked with the Social Science Research Council as Director of the program on HIV/AIDS and Social Transformation, and led projects on conflict and humanitarian crises in Africa. During 2005-06, de Waal was seconded to the African Union mediation team for Darfur and from 2009-11 served as senior adviser to the African Union High-Level Implementation Panel for Sudan. His latest book is New Pandemics, Old Politics: Two Hundred Years of War on Disease and its Alternatives. He is also he author of Mass Starvation: The History and Future of Famine and The Real Politics of the Horn of Africa (Polity Press, 2015) He was on the list of Foreign Policy’s 100 most influential public intellectuals in 2008 and Atlantic Monthly’s 27 “brave thinkers” in 2009. 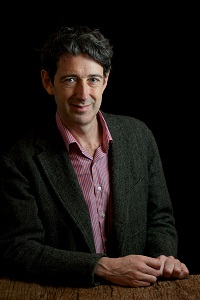 Dr Benjamin J. Spatz is scholar-practitioner focused on conflict, sanctions, corruption, and African politics. He is a Fellow at the World Peace Foundation at Tufts University’s Fletcher School of Law and Diplomacy and co-director of the project “Carbon Compacts, Decarbonization and Peace in Fragile States.”  His academic work has received awards from the U.S. Institute of Peace, Department of Defense, Harry Frank Guggenheim Foundation, Eisenhower Institute, and Harvard University, and has been published or is forthcoming in the Journal of Democracy, Examining African Intelligence and Security Services (Rowman and Littlefield), and Accountability for Mass Starvation (Oxford). The UN Secretary-General appointed him to the UN Panel of Experts on Liberia where he led sanctions investigations into embargo violations, arms traffickers, militia, and financiers. He has also served as an embedded assistant/advisor to the Government of Liberia. He has authored high-level reports for the UN Security Council and his commentary has appeared on television, radio and print, including in The New York Times, Washington Post, The Wall Street Journal, Christian Science Monitor, US News and World Report, and Marketplace. He holds a Ph.D. from the Fletcher School of Law and Diplomacy, an M.S.F.S from Georgetown University and undergraduate degrees from the University of Washington. He is a Truman National Security Fellow and a Term Member of the Council on Foreign Relations. 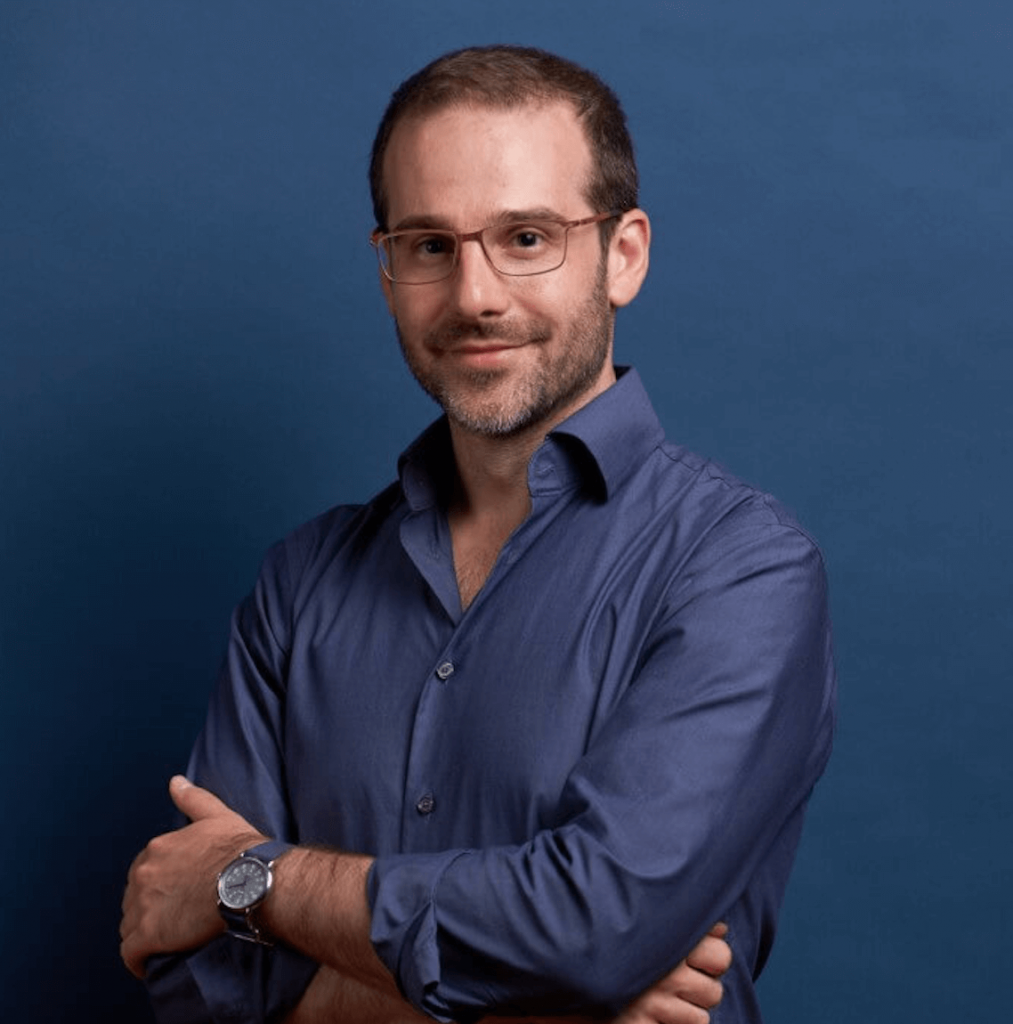 Katrina Burgess is Director of the Henry J. Leir Institute and Associate Professor of Political Economy at the Fletcher School, Tufts University. She is the author of Courting Migrants: How States Make Diasporas and Diasporas Make States (Oxford, 2020) and Parties and Unions in the New Global Economy (Pittsburgh, 2004). In 2019, she wrote and produced Waylaid in Tijuana, a documentary about Haitian and Central American migrants whose journeys to the United States are disrupted by shifts in U.S. policy. Her full list of publications includes books, chapters, and journal articles on labor politics, remittances, migration, and diasporas, including a recent article in Electoral Studies with Michael Tyburski on political party outreach to voters abroad. She has also taught at Brown University, Syracuse University, UCLA, and the Autonomous Technological Institute of Mexico (ITAM) and received her PhD in Politics from Princeton University. 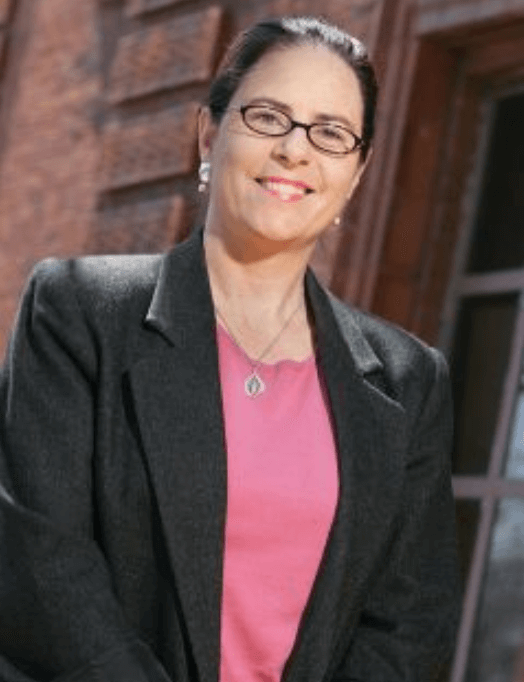 Javier Corrales is Dwight W. Morrow 1895 professor and chair of Political Science at Amherst College in Amherst, Massachusetts.  He obtained his Ph.D. in political science from Harvard University in 1996.
Corrales’s research focuses on democratization, presidential powers, ruling parties, democratic backsliding, populism, political economy of development, oil and energy, the incumbent’s advantage, foreign policies, and sexuality.  He has published extensively on Latin America and the Caribbean. His latest book, Fixing Democracy (Oxford University Press, 2018), focuses on Latin America’s penchant for constituent assemblies and their impact on presidential powers and democracy. His co-authored book Dragon in the Tropics:Venezuela and the Legacy of Hugo was chosen both The Financial Times and The Guardian as essential titles to understand the crisis in Venezuela. His research has been published in numerous academic journals and Corrales is a regular contributor to The New York Times and has also written for The Washington Post, NPR, and Foreign Policy. 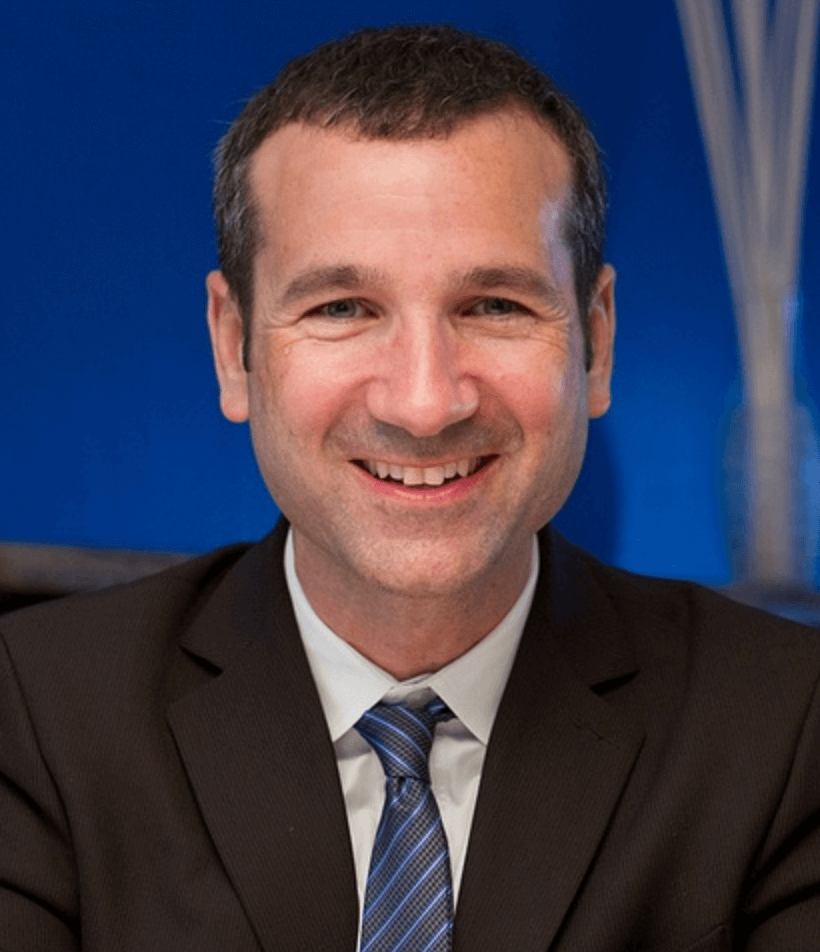 Shahla Al-Kli is Middle East-Deputy Regional Director at Mercy Corps, and a non-resident scholar at the Middle East Institute-DC. She served as a principal development specialist at DAI Global, was previously a senior advisor to the speaker of the Iraqi Parliament, an advisor to the speaker of the Kurdistan Parliament, a former country director for Counterpart International’s Iraq programs, and an auditor at the Central Bank of Iraq. A long-term practitioner in the Middle East on issues of politics, governance, security, statebuilding, and fragile states. She finished her Ph.D. at the Fletcher School of Law and Diplomacy/Tufts University; her dissertation about governance and decentralization in Iraq was awarded Fletcher’s Peter Ackerman Award for an outstanding scholarly work. 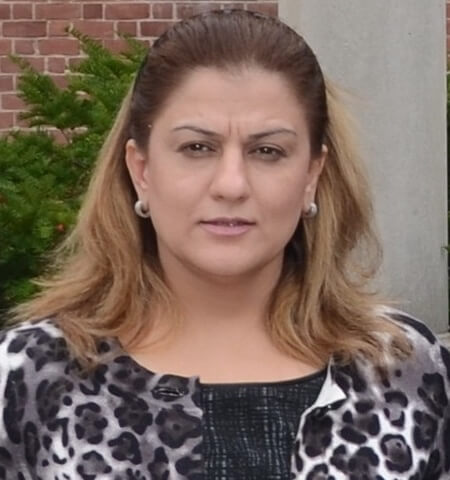 Dr Joshua Craze has worked as a researcher in South Sudan since 2008. He has a Ph.D. in socio-cultural anthropology from the University of California, Berkeley, and was otherwise educated at St Peter’s College, University of Oxford, the University of Amsterdam, and L’École des hautes études en sciences sociales, Paris. Over the last decade, he has done fieldwork in South Sudan, primarily in Greater Upper Nile and the Bahr el Ghazal region, while carrying out research projects for Small Arms Survey, Human Rights Watch, the Norwergian Refugee Council, and the Center for Humanitarian Dialogue, amongst many other organizations. His research reports include Displaced and Immiserated: The Shilluk of Upper Nile in South Sudan’s civil war, 2014–19 and–together with Jérôme Tubiana–A State of Disunity: Conflict Dynamics in Unity State, 2013-15. His work has also been published by the Guardian, Foreign Policy, Washington Monthly, N+1, and many other venues. In 2014, he was an UNESCO Artist Laureate in Creative Writing, has exhibited at the New Museum, New York, and had artist’s residencies at Art OMI, New York, and the Embassy of Foreign Artists, Geneva, amongst other locations. He is currently working on two book projects: a is a literary essay on a decade of working in South Sudan, entitled The Report: A Report; the other, a political anthropology of state creation and international intervention in South Sudan, is entitled The State Against Society. 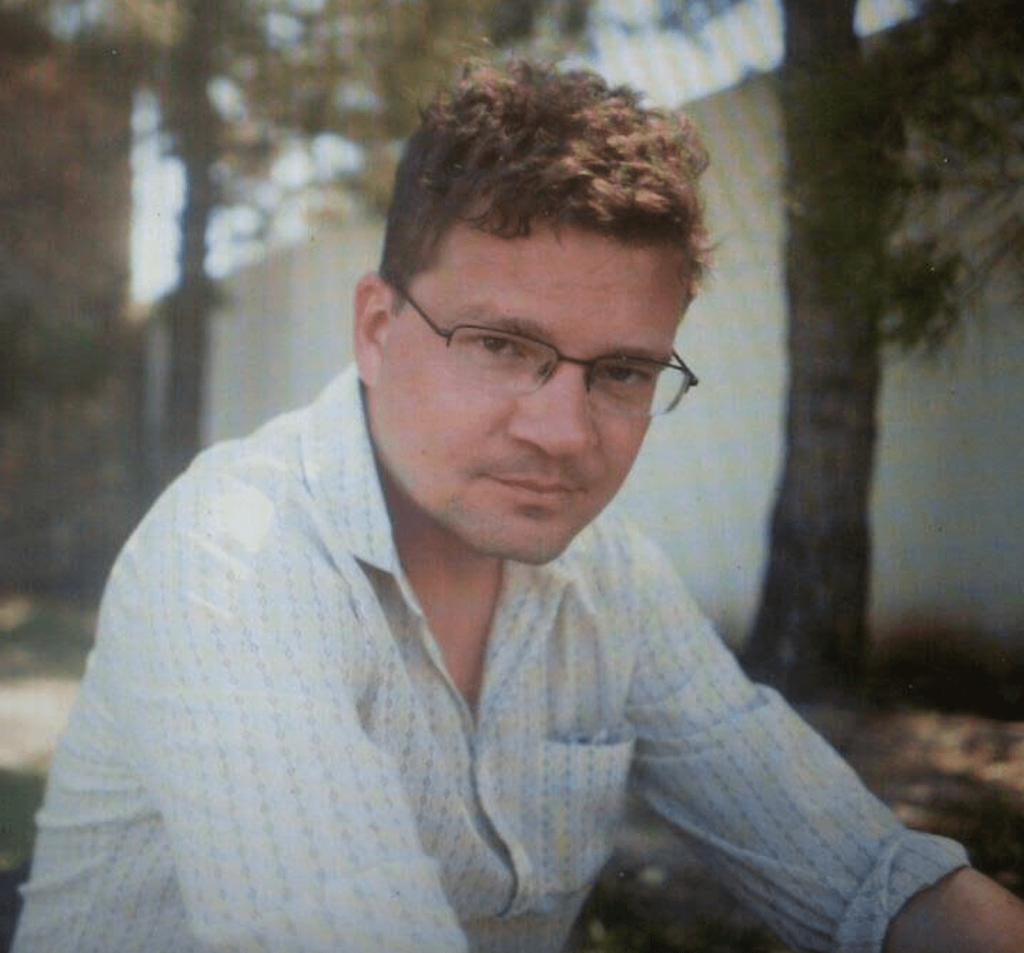 Tarun Gopalakrishnan is a Ph.D. candidate at the Fletcher School focusing on the rules, norms and policy processes around finance for climate adaptation and resilience. He is a Junior Fellow at the Climate Policy Lab.
He previously worked with The Energy and Resources Institution (New Delhi), the World Trade Organization and the Centre for Science and Environment (New Delhi) on diverse climate policy issues including coal taxation, compensatory afforestation, cross-border energy markets, climate services for agriculture and operationalising the Paris Agreement.
He holds an undergraduate degree from the NALSAR University of Law (Hyderabad, India) and an M.A. in Law and Diplomacy from the Fletcher School. 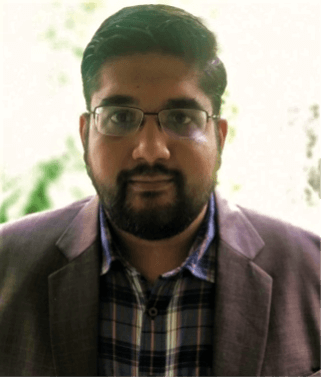 Jared Miller is a Ph.D. candidate in International Relations at the Fletcher School at Tufts University focusing on electoral politics and corruption in Nigeria. Jared has also conducted research on election manipulation, corruption, and elite politics in the United States, Burundi, the Democratic Republic of the Congo, South Sudan, and Sudan.  Previously, Jared worked in Nigeria with Search for Common Ground, an international peacebuilding nonprofit, to support community-based peacebuilding programs.  In Nigeria, he worked on issues ranging from human rights accountability and governance reforms to violent extremism and community security.  Jared holds an MA in Law and Diplomacy from the Fletcher School at Tufts University and a BA in International Relations from the College of William & Mary. 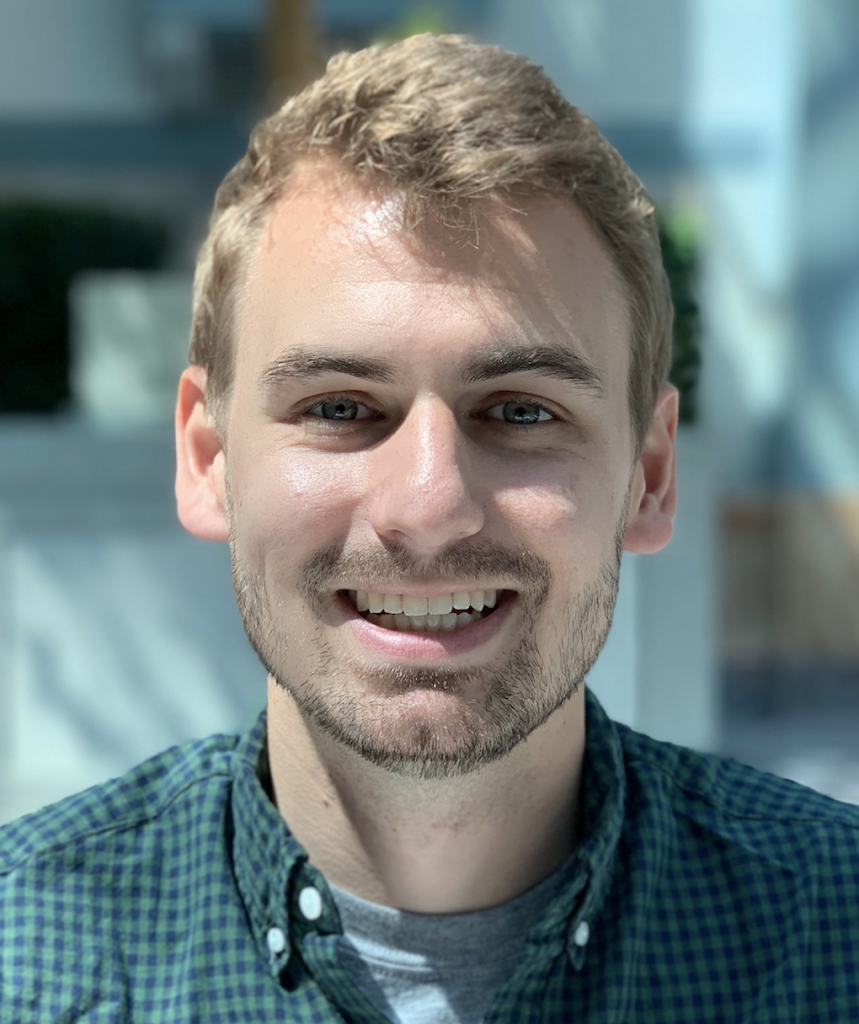 Dr. Luke Patey is a senior researcher at the Danish Institute for International Studies and Lead Senior Research Fellow at the Oxford Institute for Energy Studies, University of Oxford. He is author of the new book, How China Loses: The Pushback Against Chinese Global Ambitions (Oxford University Press, 2021) and The New Kings of Crude: China, India, and the Global Struggle for Oil in Sudan and South Sudan (Hurst, 2014). He has published inThe Extractive Industries and Society, the Journal of Contemporary China, African Affairs, Middle East Policy, and other academic journals. His articles have also appeared in The New York Times, Financial Times, The Guardian, The Hindu, Foreign Affairs, and Foreign Policy. He holds a doctorate and MSc from the Copenhagen Business School and a bachelor degree from Queen’s University. 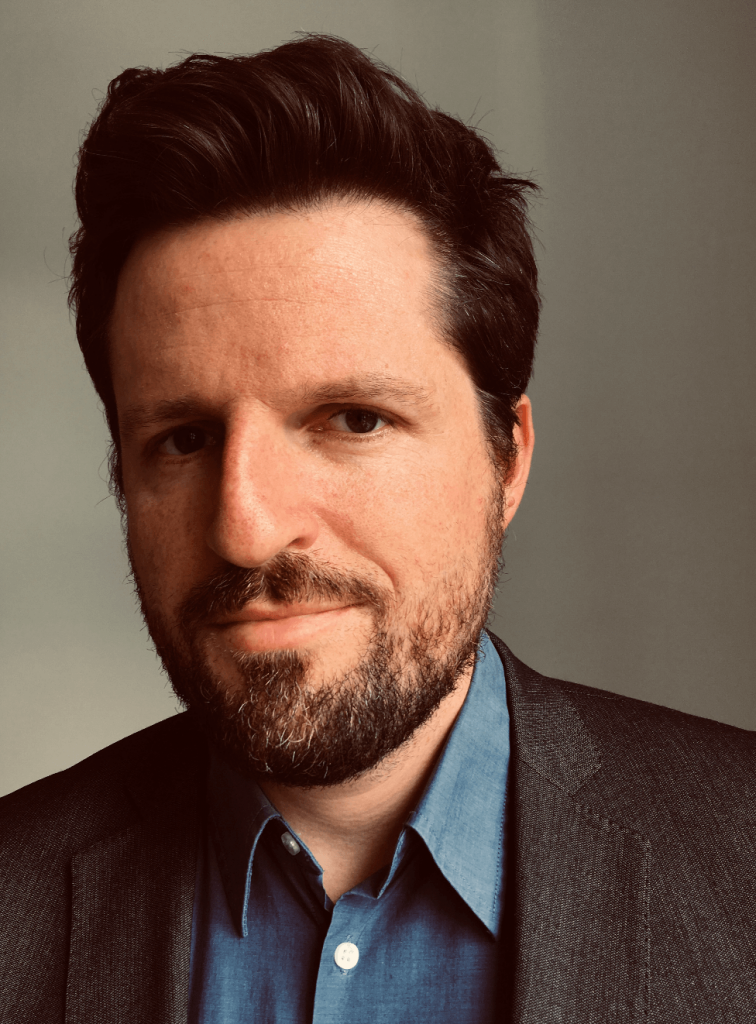 This program is funded by a grant from the U.S Institute of Peace.

The opinions, findings, and conclusions or recommendations expressed are those of the author(s) and do not necessarily reflect the views of the United States Institute of Peace.